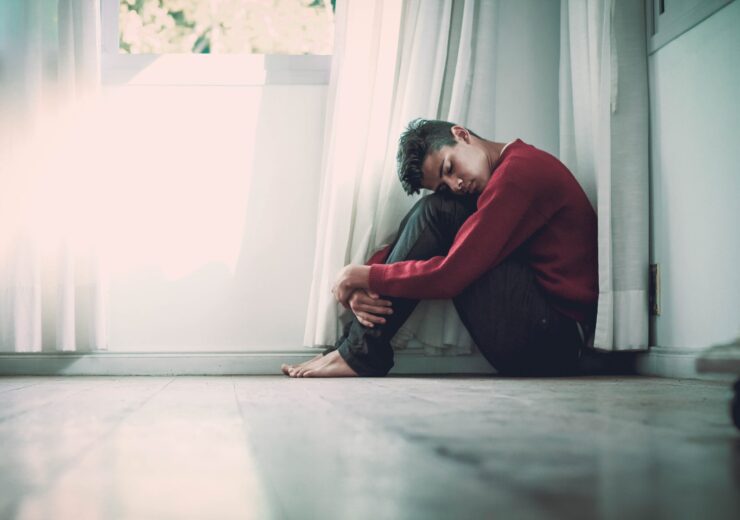 Depression is the leading cause of global disability, affecting a total of more than 300 million people

The majority of depression patients who took part in a recent study said their symptoms had improved thanks to a novel, medication-free treatment.

Some 34% of patients reported an improvement in their mood, while 32% experienced reduced anxiety and 29% reported a reduction in suicidal thoughts, in what Flow claims is the largest real-world analysis of its type to date.

Minimal side effects were also reported by the 850 people who participated in the study.

Flow CEO and clinical psychologist Daniel Mansson believes that, as well as supporting previous evidence that brain stimulation is an effective treatment option, the analysis’ results suggest this relatively new technology is capable of making a difference for patients outside of a hospital setting.

“Covid-19 is changing how depression is managed, and driving a meaningful increase in demand for effective, at-home treatments that are safe, have minimal side effects and do not require a prescription,” he added.

“The results in this user analysis are comparable to antidepressants, and demonstrate the significant benefits of using Flow to self-manage depression.

“They add to the growing body of medical evidence that supports the use of transcranial direct-current stimulation for the treatment of depression – and gives further impetus for the NHS to add Flow as one of its first lines of treatment.”

The novel depression treatment Flow has developed consists of two major components, the first of which is a battery-powered brain stimulation headset.

The headset – a CE-marked medical device – delivers a low electrical current in order to stimulate brain activity, and redress imbalances that are thought to cause depression, as well as several other mental health problems.

The second element Flow’s users have access to is a mobile phone app, which features an AI-powered chatbot offering daily conversations and advice to help combat depression with therapy.

This advice includes everything from potential dietary changes, to tips about mindfulness and other meditation techniques – and even lessons explaining what depression actually is.

The app also includes mood-tracking technology, which is used to collect data on the user and offer a more personalised response to their problems.

A number of centres, including the Chelsea Psychology Clinic in London, are already offering the Flow treatment in combination with traditional therapy options, such as antidepressants and cognitive behavioural therapy (CBT).

Having gained approval for use across Europe – and launched in more than 30 countries – Flow is now working towards making its brain-stimulation headset available on prescription via the NHS for people living with depression in the UK.

‘The largest real-world user analysis of its type’

There is already evidence that tDCS can be effective in reducing the symptoms of depression – mainly from randomised-controlled trials (RCTs), the results of which have been published in the New England Journal of Medicine and the British Journal of Psychiatry.

However, Mansson believes that, because it took place in the real world, this latest study adds weight to existing clinical evidence of what tDCS can achieve in the mental health field.

“This study provides a first, strong indication that the technology works in a real-world setting and also in a very diverse set of patients suffering from depression,” Mansson said.

“The users consist of patients with mild, moderate and severe depression, and come from all walks of life.

“The effects of tDCS are already proven, but what this analysis adds is how these studies compare to real-world data where patients use the Flow treatment at home, and under non-optimal circumstances.

“Real-world evidence has, during the past few decades, become increasingly important in order to show the effects of a treatment.

“A clinical study done in a controlled environment is the first step in order to understand the efficacy of treatment. Real-world analysis shows how the effectiveness pans out in a setting where people are actually using it.”

Flow’s user analysis involved taking a “snapshot in time” from data that is continuously tracked in order to understand how the company can improve its treatments even further.

Mansson also stated that, when measured after six weeks rather than three, about 95% of people using the headset and app have reported an improvement in their depression symptoms.

The most common known side effects of using a tDCS headset are mild headaches and a slight irritation to the skin under the electrodes administering electrical current – and Mansson confirmed these were the only side effects experienced by patients in the recent study as well.

Is depression treatment shifting from hospitals to homes?

Ever since the effects of the coronavirus pandemic started to be felt across the world in early-2020, there has been a notable shift within the healthcare industry towards more remote forms of treatment.

This may open the door for at-home alternatives to take over from more traditional hospital or clinic-based therapies.

“Brain stimulation and remote treatments make it possible to do hyper-targeted and personalised treatments with significantly better analysis, and more accurate advice on what needs to be done in order to feel better,” said Mansson.

“I believe that the mental health space is in for a major rethink, and that the effect we have seen on both talking therapies and medications will increase in big jumps during the coming years.

“This is not dependent on the Covid-19 crisis, but the pandemic has accelerated this movement and made regulators, clinicians and the authorities more keen to put action behind their words.

“The move to home-based is obvious from an economic perspective, and the patients like that they can treat themselves any time of the day when it is most convenient. It also removes the risk of getting infected as you are no longer visiting a hospital.”

Flow is wasting little time in preparing for this potential shift, attempting to deliver its treatment to “as many people as possible” in 2020, as well as starting a large-scale RCT study later this year.