GlobalData expects the global insulin pen market to grow at a rate of 2.3% - compared to the 5.1% touted during pre-pandemic estimates 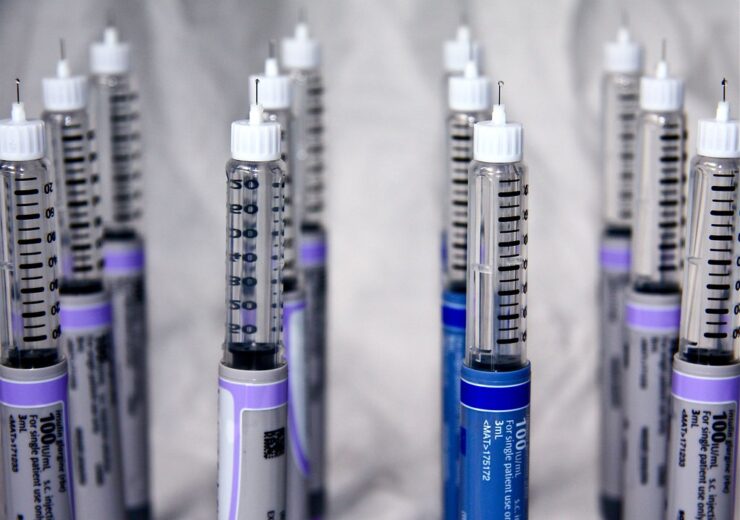 Insulin pens allow diabetes patients to administer their own treatment outside of a hospital setting (Credit: Heather Aitken/Flickr)

The ‘major upheavals’ Covid-19 has caused in diabetic care are set to slow growth in the global insulin pen market, according to an analyst.

Prior to the pandemic, analytics firm GlobalData had predicted the market would experience a compound annual growth rate (CAGR) of 5.1% in 2020.

However, its analysts now believe growth will decelerate to 2.3% this year – mainly due to Covid-19 forcing doctors’ offices and clinics to close, which has led to a delay in new patients starting their treatment regimes.

GlobalData is also anticipating that the markets for more traditional insulin pumps, and other drug delivery devices for diabetes patients, are facing a similar drop off in 2020.

Tina Deng, MSc, principal medical devices analyst at GlobalData, said: “As people lose healthcare coverage due to unemployment in the pandemic, some patients may choose cheaper alternatives to diabetes care products, such as insulin vials.

“The pricing of insulin pens has skyrocketed over the past several years in the US, and affordability may hammer device penetration during the Covid-19 crisis.

“As more medical facilities resume their diabetic care services, however, the insulin pen market is recuperating.

“Affordability programmes from manufacturers for those who have been prescribed insulin pens can help increase access to these products, and GlobalData expects the global insulin pen market to recover gradually by the end of 2020 or the beginning of 2021.”

According to a 2020 report by New York-based financial analyst MarketWatch – which anticipated a CAGR of 18.3% between 2021 and 2026 – Novo Nordisk is one of the major players in the global insulin pen market.

The Danish pharma giant produces a wide range of diabetic care products, and has been making and updating its NovoPen injection device for more than 20 years.

French company Sanofi – another heavyweight in the global pharmaceutical sector – makes several different insulin delivery pens and released its Toujeo DoubleStar device last year, claiming it had the highest unit capacity of any basal insulin pen on the market at the time.

In 2007, US-based healthcare firm Eli Lilly launched the world’s first digital insulin pen – which had the ability to record the number of daily doses, and the time of day they had been administered – while Eli Lilly’s flagship product in this space is the HumaPen Luxura.

Other major players in the global insulin pen market, according to MarketWatch’s report, include UK medical device manufacturer Owen Mumford, and Indian pharma and biotech firm Wockhardt, as well as Chinese drug companies Dongbao and Gan and Lee.