The winners of the Formnext Start-up Challenge 2020 could bring new innovations to the world of 3D printing, which is critical to medical device manufacturing 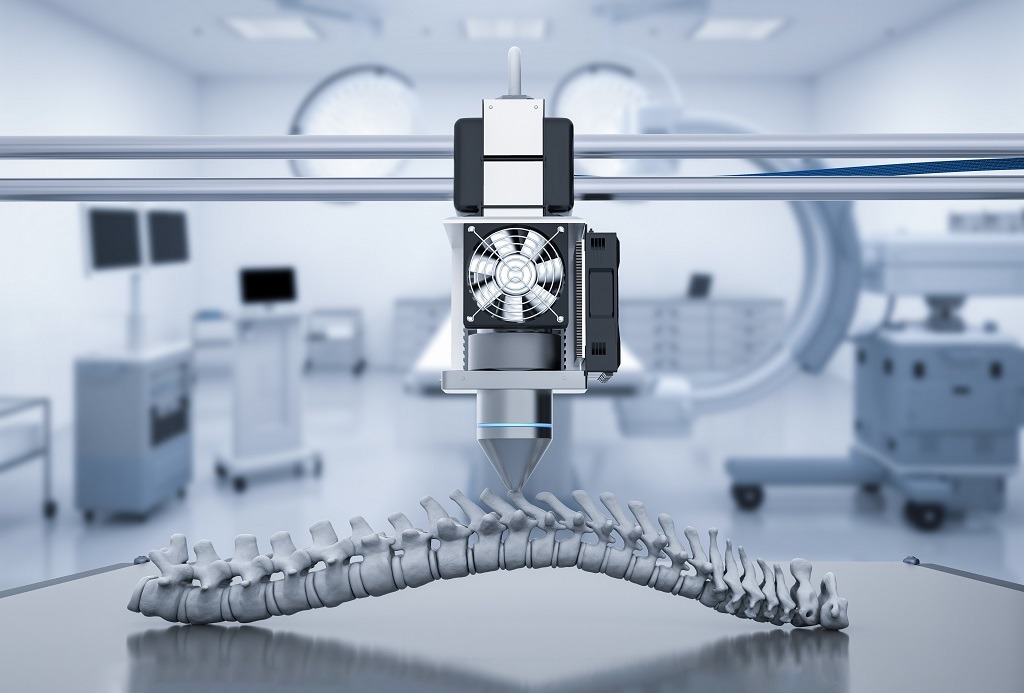 The practice of 3D printing plays a vital role in the manufacture of medical devices, and these innovations could improve their production further (Credit: PhonlamaiPhoto/Shutterstock)

The Formnext Start-up Challenge is run every year to recognise some of the most promising innovations in the additive manufacturing (AM) – more commonly known as 3D printing – industry.

This year, a jury of experts in the field chose five start-ups to be recognised at the Formnext Connect conference – one of the many trade shows to be held virtually in 2020.

These were companies it felt had developed technologies and approaches that had the potential to improve the 3D printing process – a key tool used in the manufacturing of medical devices.

“The high quality of these impressive developments and the wide range of areas they cover show that not even the coronavirus can stop the innovative power of the AM industry,” says Sascha F. Wenzler, vice president for Formnext at event organiser Mesago Messe Frankfurt GmbH.

In no particular order, here are the five winners of The Formnext Start-up Challenge.

Addiguru was chosen by the jury for its manufacturer-agnostic real-time monitoring system for 3D printing, including use with newer machines that work with metal.

It involves a camera that connects to an external computer and looks down onto the powder bed – the surface on which a material in powder form is melted to create a model – from above.

The San Francisco start-up’s software automatically recognises the relevant images and sends the photos taken to a self-learning algorithm for analysis, where any anomalies are detected and the user informed.

If you ask AM Flow, the “dark secret” of 3D printing is that an imbalance in investment has led to a significant bottleneck – one that comes after the actual 3D printing in the production process.

By digitalising and automating the production process, AM Flow primarily wants to significantly reduce the labour costs involved in post-processing, which are typically still quite high.

The company’s product suite covers everything from component recognition, handling and sorting, to packing and transport.

It uses a variety of technologies – including 3D shape recognition, industrial image processing systems, and AI software – to automate products and processes once 3D printing has already taken place.

Like most manufacturing processes, 3D printing results in waste, and according to Californian start-up Molyworks, metal production accounts for seven percent of the entire world’s energy consumption.

The company’s aim is to establish a sustainable means of recycling scrap metal back into the production process in order to manufacture more metal powder for 3D printing.

Its Greyhound system created in a garage back in 2015 now consists of a mobile melting furnace and an atomisation system that achieves just this by making the chips and filings left at the end of the manufacturing processes back into a reusable powder.

The start-up also won the inaugural AM Ventures Impact Award due to its potential to save a great deal of resources.

NematX AG is a Swiss start-up that was founded as a spin-off of the Swiss Federal Institute of Technology in 2020.

With its “Nematic 3D Printing” technology, it plans to usher in the next generation of 3D printing with high-performance liquid crystal polymers and significantly surpass the current benchmarks in the corresponding end-use components.

NematX’s target industries include aerospace, medical devices, electronics, and industrial applications, in which parts must be able to withstand harsh environmental conditions.

The companies goal is to acquire reference customers and industrial partners in all validated target markets by the start of next year.

TOffeeAM is a British start-up spun off Imperial College London that has come up with a software to automate the design process undertaken before a 3D model is printed.

The software asks for an input of the space available for the component, its working conditions (such as temperature or fluid velocity) and the kind of optimisation a user wants (for example the lowest pressure loss between entry and exit).

It then uses a mix of generative design and AI to calculate the best fit for each parameter and designs the optimum components, ready for 3D printing.

The company, which was founded as a spin-off of , now licenses the software (known as TOffee) to its customers.

Licenced under the name TOffee, the software is capable of optimising both individual parts and entire systems.

It is already being used in Formula 1 and in the aviation and oil and gas industries – but has yet to be applied in a medical device setting.