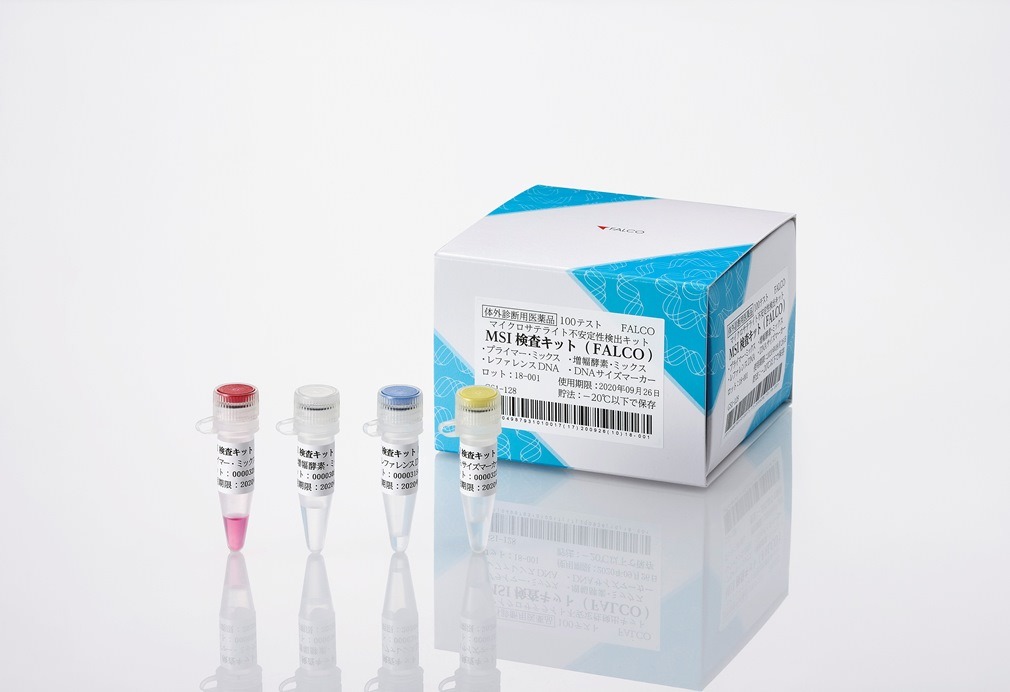 FALCO is working in collaboration with Promega microsatellite instability (MSI) chemistry and assay design and obtained the companion diagnostic approval.

The MSI-IVD Kit from FALCO, detects MSI-High within tumor tissues as a biomarker of DNA repair dysfunction. It is the first pan-tumor companion diagnostic test in Japan that is intended for use in identifying patients suitable for treatment with the anti-PD-1 antibody ‘KEYTRUDA’ (Pembrolizumab).

The FALCO kit can detect MSI-High status with DNA isolated only from a patient’s tumor tissue, without corresponding submission of a blood sample. The detection is carried out by using multiplex PCR fragment analysis with Promega designed five mononucleotide repeat markers, which are claimed to be less susceptible to genetic polymorphisms.

The clinical performance study conducted for the kit showed that MSI-High is capable of detecting 16 different cancer types for stomach, uterine, breast, pancreas, etc. other than colorectal cancer.

Claimed to be a gold standard in nucleic acid based MSI testing, Promega MSI technology uses the same loci that have been validated in labs around the world.

Last year, a College of American Pathologists survey showed that 70% of respondents performing nucleic acid based MSI testing were doing so using the Promega MSI 1.2 panel of loci.

Promega stated that this version of MSI platform, which goes by the name ProDx in China, is the latest version (MSI 2.0) of its technology. The technology is a PCR-based method for detecting MSI, a form of genomic instability caused by inserting or deleting repeating bases called microsatellites during DNA replication and the failure of the mismatch repair system to correct these errors.

The company plans to seek approval from the US Food and Drug Administration (FDA) for IVD status of its MSI 1.2 platform.

Promega claims that its technology is now being accessed globally in trials to determine its application in solid tumors beyond colon cancer.