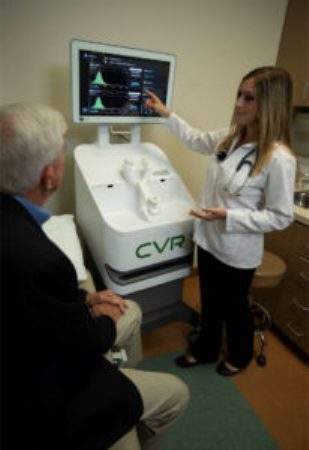 The CSS devices are in use at Thomas Jefferson University Hospital.

CVR Medical said the interim results are aligned with the previous report released last September, demonstrating the first batch of data points collected within the trial as successful for the substantiation of the device’s value and efficacy.

The company noted that the enhancements made to the CSS before launch of the clinical trials has generated improved functionality within the clinical setting.

The CSS device is being evaluated in multi-center pivotal clinical trial to assess the system’s specificity and sensitivity for detecting carotid artery disease, compared to the current gold standard – duplex Doppler ultrasound.

Advisory staff member Phillip Bendick said: “The early results of the first 144 patients enrolled in the CSS pivotal trial have shown excellent overall accuracy […] these initial results demonstrate the efficacy of the CSS as a tool to detect and guide the appropriate management of clinically important carotid artery disease in order to reduce stroke risk.”

CVR Medical CEO Peter Bakema stated that the report validates the advancements that were implemented by the company before the launch of the trials. The aims was to arm a clinician with a tool that is not only accurate, but can also seamlessly translate to improved care for his or her patients.

CVR claims that every aspect of the CSS, from user interface to streamlined cart is an embodiment of this principle. This preliminary report reinforces our previously stated commitment to deliver a product with greater than 85% sensitivity level.

CVR Medical is medical technology company which has developed the Carotid Stenotic Scan (CSS) a tool to detect and measure carotid arterial stenosis. It is presently conducting pivotal clinical trials in preparation for its planned submission to the FDA.