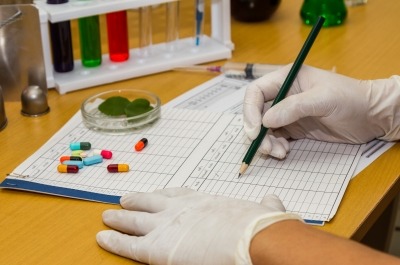 The study showed that patients implanted with the Axonics r-SNM System showed clinically meaningful and statistically significant improvements in UUI symptoms and improved quality of life.

Axonics also claimed that the study had met all the secondary endpoints. And, no serious device-related adverse events were also reported.

The ARTISAN-SNM study, which involved 129 patients, was a single-arm, prospective, multi-center, unblinded pivotal clinical study approved under the US Food and Drug Administration’s (FDA) Investigational Device Exemption (IDE) to evaluate the safety and efficacy of the Axonics r-SNM System for urinary dysfunction. The study was conducted in 14 centers in the US and 5 centers in Western Europe.

All the patients diagnosed with UUI and meeting study criteria were implanted with a tined lead and the Axonics neurostimulator. Data was collected using a 3-day bladder diary, a validated quality of life questionnaire (ICIQ-OABqol) and a satisfaction questionnaire.

Therapy responders were identified as patients with at least 50% reduction in urgency incontinence episodes at follow up visits as compared to baseline. An as-treated analysis was performed for all 129 implanted patients.

At six months, 90% of all implanted patients responded to the therapy including 80% of therapy responders with more than 75% reduction in urgency incontinence episodes, of which 34% were completely dry, the company claimed.

Patients showed statistical and clinical improvement on the composite ICIQ-OABqol score (34 points) at six months as compared to baseline and 93% of all implanted patients were satisfied with their r-SNM therapy.

Axonics chief medical officer Karen Noblett said: “This successful clinical study marks an important milestone on our path to gaining FDA approval. Historically, SNM therapy has only been available with a non-rechargeable implanted neurostimulator with an average lifespan of four years requiring replacement surgery due to depletion of the neurostimulator battery. We believe that, in addition to reducing costs for patients and payors, the miniaturized 5cc rechargeable Axonics system, qualified to last in the body for at least 15 years, can significantly increase adoption of SNM therapy.”

The company had applied for pre-market approval last year and interim clinical data from the ARTISAN-SNM study with the FDA at the end of last year. The present data, as per the company has not yet been reviewed by the FDA and it intends to file the data this month.