The APOLLO ACP system, which has recently received the US Food and Drug Administration (FDA) 510(k) approval, features simplified instrumentation and high angulation screws to enable surgeons to perform the procedure while protecting the patient’s skeletal and muscle tissue 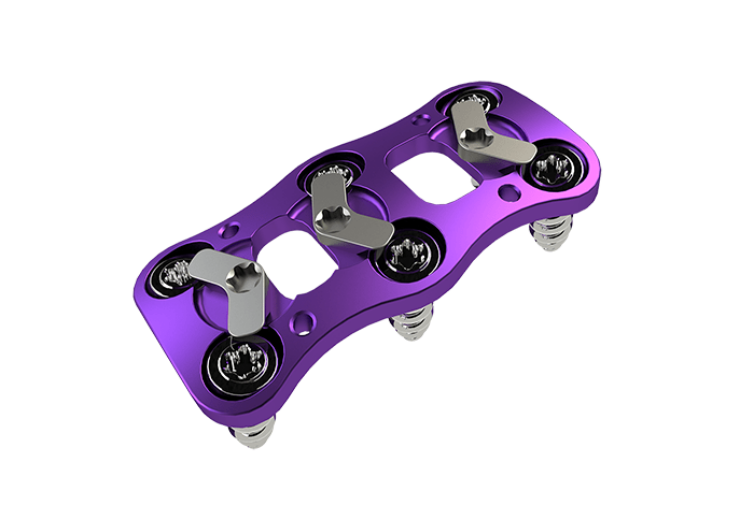 The ACP system has been implanted in several patients by Dr. Sebastian Koga, a neurosurgeon based in Covington, Louisiana, US.

Canada-based spinal surgery devices maker Aurora has recently secured the US Food and Drug Administration (FDA) 510(k) approval for its APOLLO system, which is designed to offer new technology-based options for spine surgery.

With simplified instrumentation and high angulation screws, the system allows surgeons to perform the procedure while protecting the patient’s skeletal and muscle tissue, said the company.

Koga said: “My first experience with APOLLO was flawless. I performed three consecutive cases in one day and found the ergonomics, work-flow, and implants to be excellent.

“I found the plate lordosis, thickness and sizing to be anatomically perfect. A major improvement is the control of screw direction in high-angled screws.

“The APOLLO is the ideal system to achieve this with precise screw insertion, and a superior locking mechanism. My goal is always to minimize disruption of normal anatomy, and this system also achieves that with smooth surface and low profiles.”

Aurora Spine said that its APOLLO ACP system comes with a sleek design, and its cervical plates and bone screws are made of titanium alloy.

In addition, the system features Hyper-Angulation and Freedom to Angulate screws in the cephalad-caudal direction, with a total angulation of 32°.

It features a low-profile plate design, large graft windows, and a range of implant sizes for one to four-level treatment requirements, said the company.

Aurora Spine offers the APOLLO implants in various levels and lengths, and screws in different diameters, sizes, and tip configurations to address variations in patient anatomy.

Once the device construct is attached to the anterior cervical spine, its integrated locking mechanism blocks the screw heads.

APOLLO products will be a part of the minimally-invasive DEXA Platform, which leverages its patented DEXA Interbody Technology that offers an implant based on patient’s bone density.

Aurora Spine president and chief executive officer Trent Northcutt said: “The initial use of our proprietary APOLLO cervical plate system is a strategic achievement for our company.

“We can now provide patients and surgeons with our state-of-the-art cervical plate to work hand in hand with our DEXA Technology cervical spacers we plan to launch shortly.”