In the US, over a quarter of hospitals use reprocessed single-use medical devices - and in some countries, such as Spain, this figure is closer to 80% 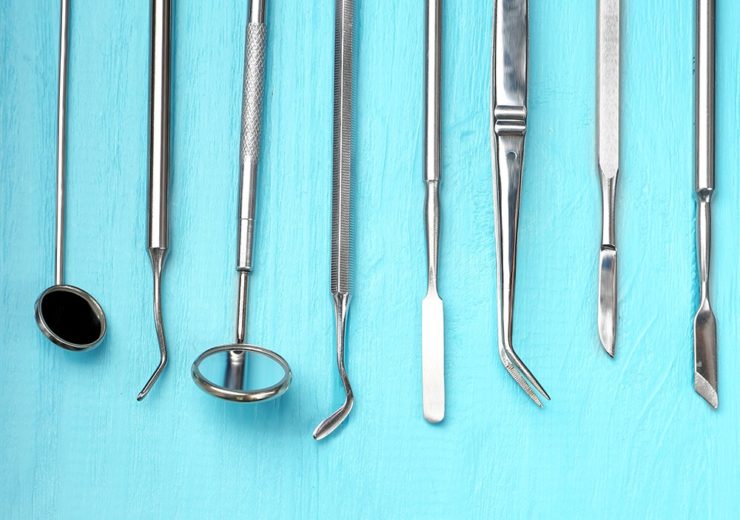 The cost to reprocess an SUD is approximately half that of purchasing a new device (Credit: Africa Studio/Shutterstock.com)

Many hospitals now use reprocessed medical devices that have been labelled as single-use. But do the cost savings and waste reduction outweigh the potential risks? Natalie Healey speaks to Kaeleigh Sheehan of Practice Greenhealth about the pros and cons of reprocessing.

In the 1980s, single-use devices (SUDs) were introduced into hospitals as an infection control measure. This label meant they were designed to be used only once, on only one patient, and should then be disposed of afterwards. For healthcare professionals, this move equalled convenience. Instead of cleaning and repairing a used device, the surgeon could just reach for a new one. But SUDs encompass many different medical products and they include items such as harmonic scalpels and catheters.

Disposing of one of these after every use gets expensive fast. In recent years, reusing devices labelled ‘single-use’ has become a relatively common practice to save costs. In the US, over a quarter of hospitals reuse SUDs. And in some countries, such as Spain, this is closer to 80%.

But not many healthcare organisations have the appropriate sterilisation facilities to reprocess an SUD. As a result, since the late 1990s, getting a contractor to breathe new life into a used device has been a popular way of attempting to redirect financial resources back into patient care. Each device gets cleaned, function-tested, packaged and sterilised at the third-party facility. It’s then returned to the hospital for purchase at a discounted price.

The global market for reprocessing medical devices is projected to cross $3 billion by 2025 according to Global Market Insights. This growth is being propelled by the increased need for blood pressure-monitoring applications worldwide as blood pressure cuffs are frequently reprocessed.

To make sure the reprocessed device is safe for patients, the FDA requires third-party reprocessors in the US to meet the same standards as the originally manufactured SUDs. These regulations were formalised by the US Congress in the Medical Device User Fee Act of 2002. The body permits the reuse of around 70 devices, including those deemed high-risk such as balloon angioplasty catheters that can only be repossessed if there’s sufficient evidence of patient safety and the reprocessing facility has been inspected. But low-risk devices such as elastic bandages can be reprocessed without efficacy or safety data.

The cost savings for health facilities that reprocess SUDs are significant, points out Kaeleigh Sheehan, member engagement officer manager at Practice Greenhealth, a network for healthcare companies exploring more sustainable practices. If you take the SUD and throw it away, you’ll have the upfront purchase value plus what it costs to dispose of it.

“If you’re just using it that one time, it’ll end up in a regulated medical waste stream,” Sheehan explains. “And that waste stream is much more expensive than recycling because of its harsher treatment protocols.”

The cost to reprocess an SUD is approximately half that of purchasing a new device, she points out. While there are some costs associated with setting up the reprocessing programme, it will yield noticeable savings for a healthcare facility in the long term, she says. According to the Association of Medical Device Reprocessors, the total revenue saved by hospitals that use reprocessed devices was £471 million in 2018.

However, OEMs continue to drive efforts to stop the adoption of reprocessing, as this trend adversely affects their bottom lines. That’s why many products are labelled ‘single use’ in the first place, explains Sheehan. For a device to be labelled ‘reusable’, the OEM would have to demonstrate that it could be safely sterilised and include those instructions during distribution.

“But a lot of these devices can be safely reprocessed,” Sheehan says. “And that’s why third-party reprocessing came about. You’ll still get some surgeons who say, ‘I don’t want that. I just want the new one’. However, it’s becoming a more common practice. And it’s been around for a number of years now, as clinical staff have been able to see that there’s not really any discernible difference between a reprocessed versus a new single-use device.”

But do OEMs have a point? If a device is designed to only be used once, how will patient safety be affected if the same item is used on another person? Looking to developing countries shows a cautionary tale. Reprocessed items such as needles, syringes and urinary catheters are often shared without being properly sterilised and this has led to reported cases of serious infections, such as HIV, and hepatitis B and C. But it’s a very different story when the sterilisation process is conducted under clear guidelines.

Sheehan admits there’s been a lot of fearmongering surrounding this issue. “With any device, whether it’s a single-use original, reprocessed or reusable, there’s the potential for something to happen,” Sheehan says. “But those events have to be documented and there’s really not been that many. I understand the patient safety concern – however, it really hasn’t been that much of a factor yet.”

A 2008 report from the US Government Accountability Office (GOA) analysing the FDA’s device-related adverse events found that reprocessed SUDs did not present an increased risk to patients than those used once and disposed of.

The GOA report concluded, “After reviewing the available evidence – including FDA’s process for identifying and investigating device-related adverse events reported to involve reprocessed SUDs, peer-reviewed studies published since 2000, and the results of our and FDA’s consultations with hospital representatives – we found no reason to question FDA’s analysis indicating that no causative link has been established between reported injuries or deaths and reprocessed SUDs.”

Multiple major stakeholders from the healthcare sector support medical device reprocessing, including the Association of Professionals in Infection Control and the American Hospital Association. Such advocacy should give healthcare professionals peace of mind.

What is the environmental case for and against reprocessing single-use medical devices?

Patient safety concerns about reprocessing may be overstated and the cost savings could be significant, but at a time when every business wants to be considered ‘green’, what’s the environmental case? When SUDs were first introduced, there wasn’t so much importance placed on the sustainability impact. But it’s a very different story now, considering our already-overflowing landfills. Repurposing SUDs sounds like the most responsible thing to do, but you also have to consider the environmental impact of the reprocessing activity. Is it really more sustainable, considering the transport and chemical treatments involved?

Sheehan is the first to admit that a full life-cycle analysis hasn’t been conducted yet, but her feeling is that the benefits outweigh the drawbacks.

“This is something to consider with the transport of the device back and forth, and the chemical sterilisation of those devices,” Sheehan says. “But you’d be doing that with single-use devices anyway as you’re constantly shipping them to facilities and chucking them out to disposal.”

Healthcare organisations pay a premium to dispose of regulated medical waste. Diverting these items to reprocessing would reduce waste by over 1t each year for a single hospital, Greenhealth suggests. Third-party reprocessors use colour-coded reusable totes to transport and deliver the devices back and forth to the hospital, which eliminates any excess packaging a new device would require. Many service providers also track waste diversion data for their customers.

There is one large concern though. Ethylene oxide, the chemical used to sterilise over half of all US medical devices, has recently been called into question for its carcinogenic properties. Multiple lawsuits have been filed by cancer patients who live or work near sterilisation facilities that use this chemical.

“Ethylene oxide has got quite a lot of attention recently,” says Sheehan. “So what’s coming under scrutiny with a lot of our facility members is the mode of sterilisation. And what we’ve seen is several reprocessors come on to the scene that are looking at alternatives to ethylene oxide, which is exciting and a shift we’d like to see happen across the board.”

More research into alternative modes of sterilisation is sorely needed. But Sheehan would also like to see more collaboration between OEMs and third-party processors. She hopes used SUDs that come back good as new will continue to be an alternative mechanism for hospitals to procure devices.

“This huge adoption of single-use everything has unnecessarily added quite a lot of garbage,” Sheehan says. “We’re at a tipping point. We can’t continue to landfill and incinerate without considering the ripple effects.”

This article originally appeared in Volume 1, 2020, of Medical Device Developments. The full issue can be viewed here.