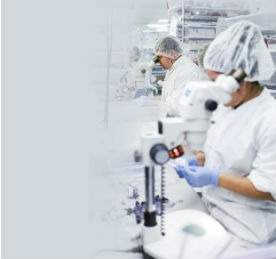 If a device is designed to be used just once, then that is the end of its life cycle. Or so one might think; in actual fact, many single-use devices (SUDs) are reprocessed and made safe for use again, and again, and again.

SUDs first appeared in the 1980s because of increasing concern regarding the safety of multiple-use devices in terms of infection risk. At the time, no one really thought about their impact on the environment, but with overflowing landfills and soaring costs of healthcare, repurposing them is now considered the responsible thing to do. Some SUDs really are designed for single use and are therefore disposed of; others are just labelled so by the original equipment manufacturer (OEM), leading some healthcare providers to believe that SUDs are only safe for one use. In fact, this is not always the case, and many SUDs can and are remanufactured either by the OEM or by third-party reprocessors. If a single-use instrument has been properly cleaned, tested and considered functional, repackaged and sterilised, then it can –
and should – be reused.

As long as all guidelines have been adhered to, the instrument should be as safe as a brand-new device. Not only is reprocessing SUDs more environmentally friendly, remanufactured devices are cheaper – almost half the price of a new device – and often safer, thanks to strict guidelines imposed on those preparing the devices for reuse.

But many healthcare professionals still have their concerns about reprocessing SUDs, particularly when it comes to safety. Reprocessing an SUD may compromise its intended function or alter its characteristics so that it no longer complies with the original manufacturer’s specifications, detractors argue. Or the SUD may not be designed to allow decontamination and resterilisation, thus allowing the potential for cross-infection.

Daniel Vulkelich, president of the Association of Medical Device Reprocessors (AMDR) – which represents the legal and regulatory interests of third-party reprocessors of medical devices labelled for single use, and is dedicated to educating consumers and the healthcare community regarding the safety, legality, and benefits of third-party reprocessing – believes that sceptics are probably unaware of the realities.

“SUD reprocessing is sometimes characterised as debatable but I really think those who raise questions or concerns are just unfamiliar with the facts. Reprocessing medical devices, reusable and single-use, has been happening in hospitals worldwide for as long as there have been such medical devices,” he explains. “Members of AMDR remanufacture SUDs while meeting all the same requirements as any other medical device manufacturer.

“The reality is that for most, if not all, of the SUDs that are being remanufactured by AMDR members, no reusable alternatives exist. The pendulum has swung so far to the disposable side in recent decades that the need for commercial SUD remanufacturers has grown.”

According to AMDR, third-party reprocessing offers healthcare providers a way to maintain the highest-quality patient care while also achieving significant cost-savings. Their members have collectively reprocessed tens of millions of devices, saving providers money. Third-party reprocessing also provides a degree of sterility assurance that is at least as high – possibly even higher – as in-hospital reprocessing, as they use commercial sterilisation standards that meet or exceed hospital standards for cleanliness and sterility protocols. Third-party reprocessors often have more capital available than hospitals to invest in state-of-the-art cleaning, sterilisation and testing equipment. They also offer hospitals significant risk-management benefits: hospitals that outsource their reprocessing needs to AMDR member companies effectively free themselves of malpractice costs that could arise in connection with improper reprocessing.

“From our perspective at AMDR, responsible medical device manufacturers like Stryker and Medline, for instance, have stepped up and offer remanufactured SUDs as part of their overall corporate offering. This underscores their commitment to being responsive to their hospital and surgical-centre partners’ needs to reduce cost and waste while still ensuring safe, high-quality devices,” says Vukelich. “Other third-party reprocessors such as Hygia, Innovative Health and Vanguard are not affiliated with an OEM but still demonstrate that they meet the same standards.”

There are still many medical device manufacturers that have not seen the light,  that continue to push the sale of SUDs and do not promote reprocessing, he adds.

“Ultimately, in our view, companies that are responsive to their healthcare providers’ needs are going to be successful in the long run. Hospitals cannot afford to throw away millions of dollars worth of recoverable devices every year – it is irresponsible and unsustainable. The marketplace is going to reward reprocessors that help hospitals and surgical centres to achieve their objectives,” argues Vukelich.

Reprocessing SUDs allows healthcare providers to reduce operating costs – the cost to reprocess a SUD is approximately half the cost of purchasing a new device – without compromising patient care. Many healthcare facilities still believe that the reuse of SUDs offers a lower standard of care, and that reuse of single-use devices is unsafe and not effective, but this is simply not the case.

The US FDA’s medical device reporting system documented 245 adverse events associated with the reuse of SUDs between August 1996 and December 1999. There were seven deaths, 72 injuries, 147 malfunctions and 19 other incidents as reported by manufacturers, but no pattern of failures that differed in any way to those observed with their initial use.

FDA’s review resulted in the Medical Device User Fee and Modernization Act (2002), which established requirements that hold the reprocessing manufacturer to much more rigid requirements than the OEM. It requires third-party or hospital reprocessors to comply with the same requirements that apply to OEMs, including submitting documents for premarket notification or approval for each device and model reprocessed; registering as a manufacturer with FDA and listing all products; submitting adverse-event reports; tracking devices of which the failure could have serious outcomes; correcting or removing from the market unsafe devices; and meeting manufacturing and labelling requirements.

Premarket notification submissions for certain reprocessed SUDs identified by FDA must now include validation data – cleaning, sterilisation and functional performance data – that confirm each SUD will remain substantially equivalent to a predicate device after the maximum number of times the device is reprocessed. In addition, the reprocessor must be indicated with a mark or label for each reprocessed SUD.

Class 3: a high-risk reprocessed SUD, intended to contact normally sterile tissue or body spaces during use

Class 2: a medium-risk reprocessed SUD, intended to contact intact mucous membranes and not penetrate normally sterile areas of the body

Approximately 65–75% of reprocessed SUDs fall into Class 2, including pulse oximeter sensors, ultrasound catheters, drills, compression sleeves, and most laparoscopic equipment such as scalpels, forceps, graspers and trocars. Other typical devices that are remanufactured include electrophysiological and ablative cardiac catheters (which range in price from $500 to $2,500 apiece, Vukelich says), orthopaedic devices made of steel and titanium, and non-invasive devices like tourniquet cuffs, bed alarms and blood pressure cuffs.

While FDA states that reprocessed devices should be viewed as the same as new OEM devices, placing no limits on the number of times a device can be used, the Joint Commission suggests specific procedures and policies. Devices should be marked with a unique identifying number, providing a history of each device by the manufacturer. It should include all steps taken throughout the reprocessing process, collection site, job control number, and the number of times it has been processed.

“Fundamentally, AMDR members support regulation of SUD reuse as medical device manufacturing; there can be no shortcuts,” says Vukelich. “US FDA has held SUD reprocessors to all FDA medical device manufacturer requirements since 2000. Canada, and now the UK, also expect the same. Germany has had rigid requirements in place since 2002. We believe regulation has legitimised [reprocessing]. Patients and healthcare providers know that when they use a reprocessed or remanufactured device in these jurisdictions that regulate reprocessing, they are getting a device that is as safe and as effective as any other medical device – and the remanufactured devices often cost a fraction of what new devices may cost and reduce medical waste,” Vukelich explains.

The recent release of the UK’s Medicines and Healthcare products Regulatory Agency’s (MHRA) guidance document highlights the distinction between hospital reprocessing SUDs – which is still not allowed in the UK – and the standards expected of commercial SUD remanufacturers, Vukelich says, adding: “I believe MHRA has realised it would be responsible to give UK hospitals access to safe, lower-cost and environmentally preferable remanufactured devices – and this document outlines the expectations that SUD remanufacturers need to demonstrate they meet all the standards as would any other device placed on the UK market.”

They also require packaging and instructions to clearly state that the SUD is a remanufactured version of the original. Labels and packaging should also contain information on who to report device problems to, along with details of the remanufacturer and of the OEM.

If you love it, keep it

Functionality is key; if a product can be remanufactured, adhering to all regulatory guidelines, and still function in the same way as it did when first manufactured, then why should it be thrown away?

“There will always be a need for new devices, so SUD remanufacturers rely on medical device manufacturers making quality instruments,” Vukelich concludes. “But we live in an era of limited resources and so responsible healthcare institutions will seek to maximise the life cycle of the devices they own, which means SUD remanufacturing has to be maximised whenever possible. We have seen that not only do remanufactured devices cost less and reduce waste but data from the US has shown that the availability of remanufactured SUDs in the marketplace has forced some OEMs to drop the prices of their equipment to compete. This is good news for the healthcare consumer, in addition to bringing good news for patients and the environment.”