Michael Bruchas, a professor of neurobiology at the University of Washington, discusses the implications of a 'radical' new neural implant technology 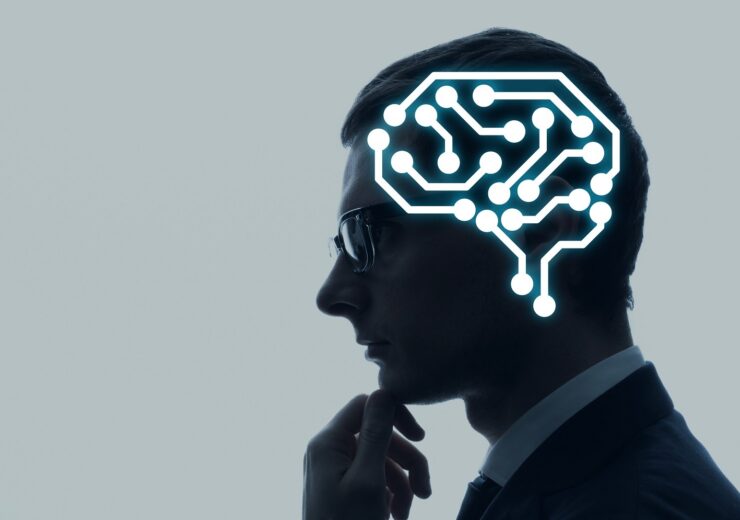 Research into how neural implants can disrupt the medical device industry is growing all the time (Credit: metamorworks/Shutterstock)

A tiny neural implant that uses Bluetooth Low Energy to deliver drugs and light to specific brain cells, and is controllable via a smartphone, could speed up research into mental health issues like addiction and depression, shedding light on how these subjective experiences are shaped by brain activity. Will Moffitt speaks to Michael Bruchas, professor of neurobiology at the University of Washington School of Medicine, about the implications of this radical new technology.

Growing up with a father who was an engineer and a brother who followed in his dad’s footsteps, Michael Bruchas has always had a healthy appreciation for how revolutionary small feats of technological advancement can be.

As a professor of neurobiology at the University of Washington School of Medicine, Bruchas spends his days investigating the innermost workings of the brain to aid treatments for a range of psychiatric diseases.

To dig deeper and glean subtle insights into how neural circuits that govern stress, emotion and reward function – in particular, how these complex systems influence addiction and depression – Bruchas has dedicated his career to seeking out new technologies to make this seismic undertaking that bit easier.

“My research efforts to dissect neural circuits and behaviour stem from wanting a better understanding of addiction, pain and emotion,” Bruchas says, “but the technology to examine these neuromodulatory processes requires substantial improvement.”

To that end, he now heads up the Bruchas laboratory, a high-tech department on the University of Washington campus where, among other things, he has been investigating the relationship between neuropeptide and monoamine receptor systems – miniscule protein-like molecules that influence brain activity.

To gain a more detailed understanding of how these neurological structures interact with one another, the Bruchas laboratory is using tiny neural implants on rodents to see how these receptors could govern human behaviour in specific contexts.

Thanks to the assistance of a team of engineers at the Korea Advanced Institute of Science and Technology, Bruchas and his colleagues can now control neural circuits via a smartphone, using a tiny device to feed these drugs through an ultra-fine probe during experiments.

These efforts are outlined in a paper published in Nature Biomedical Engineering that describes how current implants “hinder long-term studies in awake and freely behaving animals, as they are limited in their ability to provide simultaneous and prolonged delivery of multiple drugs”.

This is putting it lightly. In fact, the current technology has barely changed since it was first used 50 years ago. These devices still come in the form of metal cannulas that are implanted in the brain and connected to bulky fluid pumps.

Not only are these probes sharp and rigid, causing damage to the spongy tissue inside the brain, but they limit movement – a key problem for Bruchas given that most of his studies are on rodents – and are unable to deliver drugs quickly and precisely.

For Bruchas, the lack of innovation in this area is primarily due to sheltered, myopic working tendencies that have stopped scientists and engineers from collaborating.

“I think neuroscientists have been more reluctant, until recently, to reach across to other disciplines and work with engineers to solve problems,” he says.

Due to advances in nanoengineering, however, researchers now have the capacity to build neural implants a thousand times smaller than a human hair that can deliver drugs to mice in real time.

This makes them preferable to oral delivery or injections, which are slow acting, imprecise and susceptible to rejection.

“One of the key ideas we’ve had is that we want to be able to directly control the release of a particular drug in the brain at a precise moment,” Bruchas explains.

“For example, an animal is engaged in nose-poking for a reward, or moved into a particular arm of the maze – and then we’d engage a drug that inhibits or activates a particular receptor that we think might be involved in that behaviour.”

To get a better understanding of the level of precision Bruchas is looking for, it’s important to recall his previous research into addiction – studies that have focused on neurological structures called kappa-opioid receptors (KOR) located deep within the temporal lobes in the brain.

KOR are proteins that bind with opiates to unlock their painkilling properties.

Unlike micro-opioid receptors, which are the primary target for morphine, oxycodone and fentanyl, KOR do not have lethal side-effects, making them an attractive area of research for pharma companies looking to create less deadly opioids.

These receptors are also key regulators of mood when it comes to addictive tendencies. Once targeted by opiates they can make people feel sad and unmotivated, rewiring the brain to crave more drugs to avoid these withdrawal symptoms.

In his own research, Bruchas has discovered that these neurons, and the means by which they are governed, can become maladaptive during times of stress and abuse, often causing a recurrent cycle of drug-seeking behaviour.

Meanwhile, similar tests revealed that the neurons causing feelings of aversion and reward in these receptors are in such close proximity that drugs might be activating these pathways simultaneously, making certain treatments for addiction and depression redundant.

Bruchas’ studies on mice, for instance, have shown that triggering neurons located a fraction apart from one another in this tiny area of the brain causes rodents to perform tasks very differently.

These tests, conducted within a maze-like structure, showed some of the rodents performing their roles efficiently, while activating cells 1mm apart made others despondent and unwilling to do the task they were given.

What’s more, mice experiencing these elated effects actively sought out parts of their environment they associated with feelings of satisfaction, while those that had experienced depression steadfastly avoided them.

To advance these kinds of experiments, drugs need to be administered in real time to allow researchers to make more sophisticated connections between chemical activity and behaviour. This is where Bruchas’s shiny new implants come in.

“This moment-to-moment, high-resolution spatiotemporal approach allows us to communicate within the brain at a much faster speed that corresponds to behavioural events,” Bruchas says, “It allows us to better understand how the brain is wired to control behaviours.”

This closed-loop design could theoretically be linked to sensors, enabling scientists to detect a change in the brain and respond on demand with a drug infusion.

Meanwhile, due to its plug-and-play design, which allows drug cartridges to be switched with ease, multiple compounds can be delivered to an animal during a single trial, meaning behaviour can be matched to drug combinations more accurately.

Most excitingly of all, this technology opens up the possibility for further research in optogenetics, a cutting-edge field that is revolutionising neuroscience.

This technique, which uses miniscule fibre-optics, enables neuroscientists to use ultra-fine waves of light to target and modify proteins in the brain, turning specific neurons on and off by hijacking their natural circuitry.

Optogenetics allows neuroscientists to map out how neural circuits are wired, how they interact – or don’t, in some cases – and how they influence behaviour.

These methods are preferable to traditional approaches in neuroscience that use electrodes to target and stimulate neurons because they lack the precision that advanced forms of optogenetics can afford.

“Photo-activating compounds [used in optogenetics], along with closed-loop sensing, could have an impact on a variety of neuropsychiatric and neurological diseases going forward,” Bruchas says, although the neuroscientist hastens to add that these technologies are still in a trial phase and are a long way from being used in clinical applications.

Responsibility regarding the future

With the opioid crisis killing more Americans than car accidents since 2017 – 43,036 compared to 40,231 that year, respectively – it’s not surprising that Bruchas and his colleagues feel a level of responsibility to shed new light on addiction.

Hugely concerned about public well-being, he points to his lab’s continual efforts to foster a deeper and more coherent understanding of opioids, along with substances like cocaine and alcohol.

This work studying the effects of drug addiction, most notably the subtle and enigmatic influence of KORs on brain chemistry – along with his relentless efforts to develop neuro technologies – has not gone unnoticed.

Bruchas has received multiple awards, most recently the inaugural Rising Star Award in neuroscience research from The Harvard Mahoney Neuroscience Institute, and the prestigious Jacob P Waletzky Award for neuroscience in 2018.

Despite these accolades and his fruitful years devoted to studying neural circuits and behaviour, for Bruchas, the complex interactions that occur between opioid users and brain receptors remain a nebulous field of inquiry.

“Even the basics of how opioids work in the brain is something we still know very little about,” Bruchas maintains, “let alone how external influences like abuse of opioids impacts the native opioid systems we all have as mammals.”

To that end, these cutting-edge wireless devices can improve the accuracy and effectiveness of neurochemical studies, enabling a more precise form of neuropsychiatric stimulation that should, in turn, enhance the laboratories understanding of neurochemistry and addictive behaviour in opioid users.

“Our efforts in the lab are predicated first on understanding the neurobiology of neuromodulation,” Bruchas says, “We are hopeful some of our insights and discoveries can be leveraged to improve society and public health in general.”

While a great deal more research is required to gain a sophisticated understanding of the relationship between neurological activity, and addiction and depression, these new technologies represent a thin but important ray of light in the future battle against these dark corners of human experience.

This article was originally published in Vol.1 2020 of Medical Device Developments. The full magazine can be viewed online here.