CEO Anne Blackwood discusses how Health Enterprise East takes innovations to the NHS, and shares examples of medical devices the company has worked on 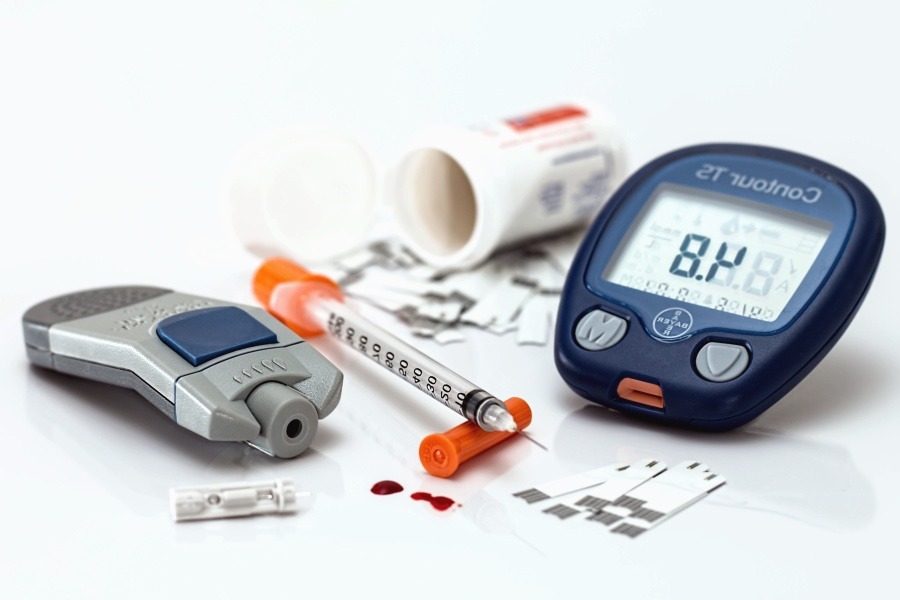 Despite many industries increasingly embracing and benefitting from new technologies, the healthcare sector — and the UK’s NHS in particular — has traditionally fallen short on this front. Jamie Bell speaks to Health Enterprise East CEO Anne Blackwood about how the company is attempting to buck the trend and deliver more innovation to the NHS.

The healthcare industry is potentially faced with greater obstacles and stricter, more rigorous regulation than any other.

A huge amount of funding — and patience — is traditionally required to take new technology from a fledgling idea to a product on the commercial market.

Millions of pounds are spent, either by private UK companies or the NHS, to manufacture new medical devices and push them through clinical trials before they’re finally deemed safe for use.

On average, it can take medtech innovations anywhere between five and eight years to complete this process.

The NHS identified this problem in the early 2000s and, with funding from the UK Department of Health, set up Health Enterprise East (HEE) — an innovation hub designed to help bring more medical technologies to the NHS.

Over the past 15 years, HEE has worked with private companies and NHS organisations to give ideas for new devices the boost they need to reach frontline patient care services.

The innovation hub does this by providing initial financial support and industry expertise at an earlier stage of development when innovators have little more than a vague idea on a piece of paper, or even just a problem that needs solving.

Health Enterprise East CEO Anne Blackwood says: “Because our role is relatively early-stage, we can’t really capture how many patients our technologies have benefitted or been used on, and we don’t have the resources to track patient outcomes in any formal way.

“But I think over the course of the last 15 years we’ve brought well over 125 technologies to market.

“In different ways, they’ve all had an impact — from improved patient safety to improved efficiency of healthcare services, to communication between these different services.”

HEE was founded in 2004 by the Royal Papworth NHS Foundation Trust in Cambridge, England.

It was intended to be the medtech innovation hub solely for the East of England — covering the counties of Bedfordshire, Essex, Hertfordshire, Norfolk, Suffolk, and Cambridgeshire.

HEE received initial funding from the Department of Health, and its primary function was to help NHS employees solve problems they had observed in the healthcare setting, and develop and commercialise ideas for medical devices.

According to Blackwood, this was the first time the NHS had recognised the value, or the intellectual property of ideas coming from its staff members.

At this time, HEE was a team of three people based at Papworth Hospital, but over the past 15 years it has grown to a team of 12 and no longer relies on government funding.

The innovation hub has increasingly helped private healthcare companies and governmental organisations sell new technologies to the NHS, in addition to supporting ideas from NHS workers.

HEE has also grown into more of a national organisation, and now works with 25 NHS bodies across London, the east, south-east and south-west of England.

In their everyday working lives, NHS staff members often identify sub-optimal processes or practices within the healthcare system, according to Blackwood.

This mainly occurs in hospitals, but also in patient care and mental health settings.

When NHS workers identify such problems and start to formulate a solution, HEE can help take an idea — which could be no more than a drawing on a piece of paper — and move it forward.

Blackwood says HEE is offered about 150 innovations every year, and has to whittle them down to the ones with the most commercial potential.

Once the more promising technologies have been identified, HEE provides relatively small amounts of funding to carry out early proof-of-concept and technical feasibility tests, and ultimately develop a prototype based on the initial idea.

HEE also offers advice and uses its medical device know-how to protect the intellectual property of these ideas, before deciding on, and securing investment from businesses that can take it to the next stage of development.

One such business is Medovate — a UK-based innovation development company boasting a deeper understanding of the NHS and the financial resources to take new medical devices to market.

“We don’t have the funding to do this ourselves, but Medovate doesn’t want to invest during the very early stages until there’s been some concrete evidence, so we take care of that.”

Once HEE has developed some proof-of-concept, Medovate will invest anywhere up to £2m ($2.6m) — before taking it to market themselves, or commercialising it via distributors and partners.

HEE medical devices in the NHS

One of the most notable medical technologies HEE contributed to that has passed clinical trials and been taken on by the NHS already is Earfold — a minimally invasive treatment for prominent ears.

The standard procedure for prominent ears is an autoplasty — an operation where tissue from another part of the patient’s body is used to pin back the ears.

This procedure requires patients to stay in hospital for 24 hours, involves a general anaesthetic, and is associated with a fairly high rate of complications.

When NHS consultant plastic surgeon Dr Norbert Kang came up with the idea of using an implant made from nitinol — a “shape memory” nickel-titanium alloy — to do this, HEE immediately recognised its potential.

Earfold can be inserted into the back of the ear during a 10-minute outpatient appointment under local anaesthetic, making the process of treating prominent ears easier for patients, and cheaper for the NHS.

Earfold was placed on the commercial market in 2013 before being purchased by Ireland-headquartered pharma giant Allergan two years later.

Blackwood also cited HEE’s work on a medical device to stop “never events” in which doctors accidentally inject into an artery while trying to take a blood sample.

The device — a one-way valve that prevents this from happening — was invented by Dr Joseph Carter and Dr Peter Young from the Queen Elizabeth Hospital King’s Lynn NHS Foundation Trust.

This non-injectable connector (NIC) for arterial systems is now being funded through NHS England’s innovation technology tariff — meaning the NHS has identified it as a technology they want to accelerate.

Blackwood says: “The NHS has traditionally had a reputation for not being quick to adopt new innovations, and NHS England has been working on different incentives to help get these new technologies back into the NHS.

“This new innovation technology tariff has been an important lever that they’ve developed in the last couple of years to help that process.”

HEE innovations to look out for in the future

There are currently 39 innovations in the HEE pipeline that are yet to reach the commercial market. One of these, which has also been taken on by Medovate, is SAFIRA (safer injection for regional anaesthesia).

The device attaches to a syringe and allows anaesthetists to single-handedly carry out a regional block procedure, which involves numbing a specific area of the body like an arm or leg.

By giving the anesthetist full control, SAFIRA reduces the number of mistakes commonly made by assistants, making the practice safer for patients and more cost-effective.

Blackwood says another innovation HEE is working on involves using AI to enable newborns to be transferred more quickly between hospitals.

The new technology was originally devised by the neonatal team at Addenbrooke’s Hospital in Cambridge.

It is designed to optimise decision-making on whether or not newborn children should be moved by supplying real-time information to doctors — from current local weather conditions and traffic on roads to cot availability at other hospitals.

HEE is working with clinicians from Addenbrooke’s Hospital to harness AI and make all of this relevant data immediately accessible in one place.

When removing a tumour from a patient’s breast, surgeons normally have to pull back the tissue and hold it in place while operating.

This puts pressure on their hand, and can lead to repetitive strain injuries and other long-term complications that may shorten their career. It can also result in trauma to the patient’s tissue during lengthy procedures.

HEE is working on a device that attaches to the surgeon’s fingers, and safely and securely holds back the tissue.

While this idea is currently in the early stages of development, Blackwood anticipates it could reach the commercial market within the next two years, and HEE is already in the process of applying for a grant to take it through clinical trials.