Traceability at last – visibility across the supply chain

The paucity of track-and-trace solutions in the medical device sector remains a constant source of debate among manufacturers, distributors and doctors. Yet a recent unique coding initiative, introduced by the FDA, could beckon a new era of greater visibility across the entire supply chain. Todd Applebaum, VP of healthcare and life sciences research at Gartner, talks to Ross Davies about how companies can expect to reap the benefits. 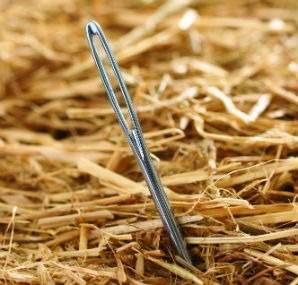 While much heralded for its innumerable technological advances, the medical device field has curiously been a long time wanting in its capacity to track and trace products across the supply chain.

For manufacturers, physicians and public safety proponents, this has remained a bone of contention given the widespread use of identification codes in the supply chains of other industries, from food processing to pharma. Consequently, the US FDA’s decision in September to introduce a new regulation, requiring medical devices in the US to carry tracking codes, was greeted with a glad hand, intermingled with the odd charge of "What took you so long?".

Speaking on the day the scheme, known as FDA UDI (Unique Device Identification), was announced, Josh Rising, director of Pew Charitable Trusts’ medical device initiative, stated unequivocally: "The rule that came out today is a victory for patients, hospitals and clinicians. Up until now, medical devices were among the only products on the market that could not be uniquely indentified."

The new mandate stipulates that medical devices sold in the US need to carry a 14-digit identification number on the product labelling and packaging. This code -which allows the verification of make, manufacture date and lot number – is then stored in a publicly accessible database called the Global Unique Device Identification Database (GUDID).

There appears to be no direct event that prompted the FDA into action; it was more the result of cumulative pressure linked to a number of recent, high-profile recalls. Last year, it came to light that Johnson & Johnson had withdrawn more than 100,000 artificial hips since 2010. In 2011, the FDA also issued a Class-I recall for tens of thousands of defibrillator wires manufactured by St Jude Medical after they were found to carry insulation risks.

When it comes to ramping up supply chain logistics, medical device manufacturers can take heart from the level of success seen across pharma, a sector with which it shares an obvious overlap of commonality, not least the same end user – the patient.

But just why has supply chain traceability taken such dilatory steps in the medical device sphere, in contrast with the importance to which it has long been ascribed by the global pharmaceutical community?

"It’s hard to say," says Todd Applebaum, vice-president of healthcare and life sciences research at Gartner. "I would argue that participants in the medical device industry have always been focused more on patient care, rather than operational excellence across the value chain.

"Secondly, on the pharmaceutical side, we’ve seen more attention paid to securing the supply chain from a regulatory standpoint, which, until recently, we hadn’t really seen much of with medical devices."

As it stands, the FDA ruling will first take into account high-risk devices such as heart stents and defibrillators; in the next three years, tracking requirements will be extended to medium-risk products, including X-ray systems and surgical needles. Only low-risk utensils – examination gloves and bedpans, for instance – will remain exempt from qualification.

The implementation of unique identification codes will, says Applebaum, create end-to-end transparency across the supply chain, and, as a result, afford manufacturers and medical professionals the possibility of vetting a product’s integrity across the various stages of production and distribution.

While medical devices are perhaps not as prone to counterfeiting as pharmaceutical products, the UDI regulation will also create an extra safeguard in reducing duplication threats. This could become paramount in the industry’s push for greater safety.

"Being able to locate a product throughout the supply chain, and check on its integrity, is a vital step with regards to patient safety," Applebaum says. "Also, if there are any questions over quality or compliance, that particular product can be easily identified and tracked, and, if need be, pulled from the market and quarantined.

"To achieve real track and trace across the value chain requires a very broad and far-reaching solution."

"On an operational level, having more visibility in the supply chain can make it much easier to plan and optimise inventory levels, stocking positions and transportation. In effect, it helps remove waste from the value chain."

FDA UDI does, however, throw up some uncharted logistical challenges for medical device companies: namely, the new system will necessitate the collection, submission and management of large amounts of product life-cycle data – no small undertaking.

Speaking in September last year, Janet Trunzo, senior executive vice-president of technology and regulatory affairs at AdvaMed, the US medical device trade association, said: "Implementation of a UDI system will be a costly and challenging endeavour, affecting all medical technology manufacturers. It is imperative that it is implemented correctly the first time, and that its ongoing use is practical, economical, and of value to patients, healthcare providers, industry and the FDA."

Applebaum shares a similar viewpoint: track-and-trace solutions can be a Byzantine business; but, ultimately, the long-term benefits far outstrip the economic and operational strains associated with initial deployment.

"To achieve real track and trace across the value chain requires a very broad and far-reaching solution," he explains. "This is also something we have learned from the pharmaceutical world. There are so many aspects to consider, from the equipment and IT infrastructure, to implications on operations and quality systems. It can be a significant investment, but it’s worth it."

Given the number of parties that contribute to the medical device supply chain, including manufacturers, doctors, hospitals and distributors, interoperability is another factor to have found itself in sharp relief. It is hoped that the newfound ability to share and access a common data pool, GUDID, will promote a more seamless process for all agents concerned.

"The signs are positive," says Applebaum. "Increasingly, information about supply chain events can be captured, not only within the manufacturing sphere, but also across trading partners, the downstream and distributors, to when the product is at its point of use. Being able to share that data demands some form of interoperability."

Nothing left to chance

It is forecasted that other international regulatory agencies will create their own versions of UDI in the near future. The signs are positive. Last year, the Medicines and Healthcare Products Regulatory Agency, responsible for the safety and operability of the UK’s medical devices, announced plans to pilot a new tracking system across four NHS trusts. Targeting breast plants, heart valves and pacemakers, the regulator’s decision was also in direct response to the PIP breast implants scare of 2012, in which a number of French-manufactured breast implants were found to have double the rupture rate of other implants.

Such incidents underscore the fact that nothing can be left to chance when it comes to safety. The ability to better track and trace millions of products, upstream and downstream, could finally provide the hermetic seal that stakeholders across the entire medical device supply chain have long been seeking.