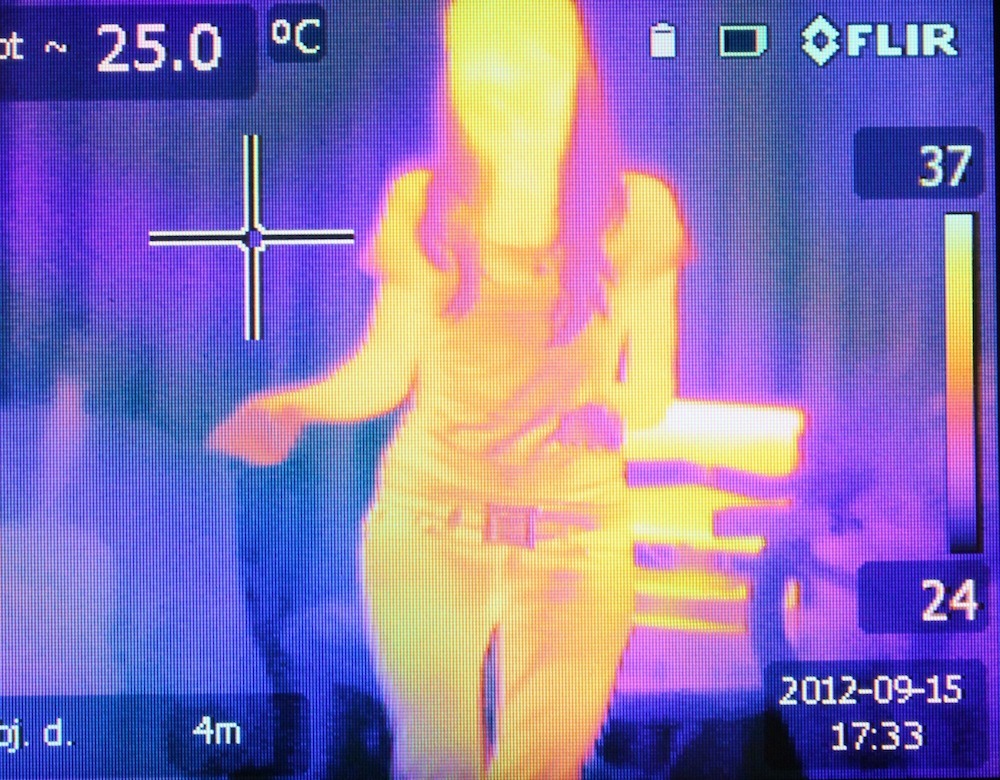 Societal changes caused by Covid-19 will see the use of thermal imaging continue after the pandemic subsides, according to an industry expert.

Recent weeks have seen an increasing number of businesses in the manufacturing, retail, travel and healthcare sectors use the technology to help identify individuals with a fever.

Early months of the pandemic saw countries such as South Korea use thermal imaging cameras to identify possible sufferers entering stores to slow the spread of the virus.

Speaking to NS Medical Devices, he added: “Just look at how much better their outcomes have been and how prepared they were compared to other countries that haven’t taken it too seriously.

“I think we should learn from those kinds of examples and reflect on the changes that will be made.”

How thermal imaging is being used in by hospitals, government, and transport sectors during Covid-19

On 18 May, the Torbay and South Devon NHS Trust began piloting thermal imaging scanners for both staff and patients entering its hospital in Newton Abbot.

Provided by the University of Plymouth, the cameras are typically used in researching the sustainability of buildings.

She added: “This technology was relatively untried in a healthcare setting and is expensive.

“But after an hour of considering the idea, we received an offer from the University of Plymouth to lend us its technology and help reach its potential.

“The thermal imaging is used as a screening modality as any individual above a certain threshold also undergoes a traditional temperature check.

“It’s part of the precautions we employ, which include social distancing, the appropriate PPE, and handwashing.

“It’s also important for our patient groups as thermal imaging gives them greater reassurance when they attend the hospital.”

In the same month, the US Department of Defense (DOD) announced it was using thermal imaging to detect fever.

Three army programmes — the Army Rapid Equipping Force, the Program Executive Office Soldier and the C5ISR Center of US Army Combat Capabilities Development Command — led the initiative to use the technology for personnel entering military facilities.

The screening process, which does not require physical contact, takes only a few seconds and allows for a faster flow of traffic into buildings.

Before the Covid-19 outbreak, thermal imaging was deployed by DOD firefighters to see through smoke, detect fire hotspots, and locate casualties.

The equipment is also used by aircraft and vehicle mechanics to locate faults without having to strip engines.

Speaking at the time, the MTA’s chief safety officer Patrick Warren said: “One of the best ways to reduce the spread of Covid-19 is to ensure that people who are sick are staying at home, out of the transit system and away from work.”

Any worker with a temperature of 100.4 degrees Fahrenheit (38 degrees Celsius) or higher is sent home to seek medical guidance and report back to the MTA.

Similar policies have been enacted at metro stations in the Spanish city of Bilbao and across train services in the Basque country.

Thermal technology is ‘not being used properly’  by operators

Towards the end of May, the AAT set up two training programmes designed to teach people how best to use thermal imaging for medical purposes.

Dr Schwarz said: “The reason is that almost everything out in the press or when looking at infrared fever screening images is that people are doing it wrong.

“They simply don’t understand this technology or how to use it.

“For example, I’ve heard stories of somebody taking a little handheld infrared thermometer, pointing it at somebody’s forehead and saying ‘you have a fever.’

“Let’s say when you’re a kid and you were playing outside on a very cold, wet, rainy, grey day and you went to your mum to tell her you felt really hot — would she have put a thermometer on your forehead to see if you had a fever, no.

“That’s what people are doing with infrared thermometers and thinking it’s going to work, it’s stupid.”

The two courses, focusing on infrared handheld thermometers and thermal imaging, have been devised to ensure that this “bonafide, useful, appropriate, established and reliable technology” is used correctly.

For infrared handheld thermometers to give a useful reading, anyone being tested must first acclimatise to room temperature.

Tests using thermal imaging can provide a more reliable reading — if operators are looking in the correct area and assessing individuals in the right way.

People should be screened individually, and temperature measurements should be taken from the tear duct.

Dr Schwarz explained: “This is because that area is so close to the internal portion of the body and therefore closest to someone’s body temperature.

“The forehead has nothing to do with it as there’s a whole other set of calibration to do to even get a baseline which no one’s doing, which is why people are getting it wrong.”