Take your PEEK – the fall-out from the Invibio ruling

Earlier this year, the US Federal Trade Commission agreed to rulings brought in a case that Invibio had monopolised sales of high-performance polymer PEEK to the world’s largest medical-device makers. The settlement raised eyebrows and had manufacturers of PEEK rubbing their hands in glee as the market was thrown wide open. Medical Device Developments speaks to business development manager Kenneth Ross of Evonik about what this means for companies and how they can deliver a better product to manufacturers and their users. 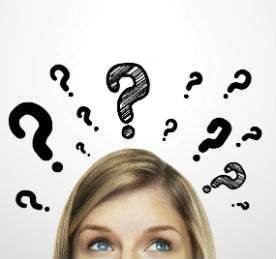 PEEK, or polyetheretherketone, is a colourless, organic, thermoplastic polymer in the polyaryletherketone (PAEK) family used in engineering applications that has been a revelation in the discovery and use of new medical-device technology over the past couple of decades.

Because of the material’s durability and robustness, PEEK is now used extensively to fabricate items used in demanding applications in industry and manufacturing, including bearings, piston parts, HPLC columns, compressor plate valves and cable insulation. It is one of the few plastics compatible with ultra-high vacuum applications. Most importantly, PEEK is considered an advanced biomaterial used in medical implants and has been something of a godsend to doctors and medical device manufacturers.

Now that PEEK suppliers have the opportunity to access larger OEMs, you can expect to see motivation for new PEEK product lines being developed and offered.

According to the US Federal Trade Commission (FTC), Invibio was the first company to sell implant-grade PEEK to medical device makers. The FTC’s complaint alleges that “two other companies, Solvay Specialty Polymers and Evonik Corporation, later entered the implant-grade PEEK market, but Invibio’s anticompetitive tactics impeded them from effectively competing for customers. As a result, Invibio managed to retain approximately 90% of PEEK sales worldwide.”

Invibio settled with the FTC to resolve the allegations that the company used exclusive supply agreements to maintain its monopoly in the high-tech polymer material market for several years and kept prices artificially high.

Invibio was the sole supplier of the implant-grade PEEK polymer until the late 2000s, when Solvay Specialty Polymers and Evonik Industries entered the market and later began selling PEEK polymer at prices lower than Invibio. The first spinal implant devices using Solvay and Evonik-manufactured PEEK were approved by the FDA in 2010 and 2013 respectively.

The ruling goes on to state that the situation worsened as Invibio adopted an all-or-nothing negotiation strategy for its supply contracts. The company pressured medical device makers to agree to use only Invibio PEEK for all or nearly all of their PEEK-containing implantable devices in a bid to prevent them from using more than one source of supply despite their business preference to do so. The situation impeded Solvay and Evonik from developing into fully effective competitors.

Invibio’s practices also allegedly threatened to stifle incentives to develop new and improved forms of PEEK. The firm’s use of exclusive contracts constitutes monopolisation, in violation of the FTC Act, according to the complaint.

The scandal rumbled on for several years, with “Invibio allegedly [trying] to broaden the exclusivity provisions in its customer agreements” and, according to the FTC complaint, allegedly threatening to withhold PEEK supply to existing products for customers if they did not accept the provisions.

It was these tactics that allowed Invibio to maintain a 90% market share with high prices for PEEK. Since the ruling, the FTC has proposed a consent order that would prohibit Invibio and its parent company Vitrex from entering into contracts with certain exclusive clauses in the future. The consent order also allows consumers to modify existing contracts. In addition, the order requires Invibio to set up an antitrust compliance programme for employees.

Where to from here?

Kenneth Ross, a senior business development manager at Evonik Industries, spoke to Medical Device Developments about the court case, ruling and why it has been such a major move for all the companies involved.

Medical Device Developments: What changes to the status of PEEK do you see the FTC ruling leading to and what do you think the pros and cons will be?

Kenneth Ross: The most obvious result of the FTC ruling is an open market for competition. This will allow OEMs to explore new relationships and development opportunities with suppliers like Evonik.

How do you believe the industry at large will react to the changes?

We already feel the excitement and interest from the industry. Businesses and technologies grow through open, healthy competition, and that ultimately will be the result of the FTC ruling.

What future commercial or medical applications do you see PEEK being used for, now that it is open to a wider scope of manufacturers, including those who previously couldn’t use it?

Most medical OEMs were aware of PEEK, but may not have been using it for different reasons. Perhaps the device did not call for a polymer like PEEK. Maybe PEEK had always been too expensive for their reimbursement levels, or the historical properties of the legacy PEEK materials did not meet the demands of the designs. However, this will help certain markets and applications begin to grow with the use of PEEK. And now that PEEK suppliers have the opportunity to access larger OEMs that command larger consumption volumes, you can expect to see motivation for new PEEK product lines being developed and offered.

Do you think the negative publicity from the FTC’s allegations of monopolisation will have detrimental effects on the reputation of PEEK or its users?

For the past ten to 15 years, PEEK has shown growth and acceptance in the marketplace, despite the limitations that may have previously existed with other suppliers in the market.

What future projects involving PEEK does Evonik have planned?

With open competition comes opportunity, and we are well-positioned to be competitive. With this comes motivation to focus on R&D and develop new product lines. We are constantly evaluating new market needs and interests, and how we can meet these needs and be a solutions provider. Externally, we have established working relationships with institutions and labs, bringing each other’s expertise together for new developments.

Internally, we set up a Medical Polymer Center of Excellence in Lafayette, Indiana, over three years ago to assist our customers in new developments. This centre has compounding, injection moulding and extrusion equipment, as well as testing equipment. It focuses on short-term R&D projects for customers and their ideas. We also have a corporate-driven Project House in Birmingham, Alabama, that focuses on development projects that take around three to five years to bring from concept to commercialisation. This is one of four sites we have globally, and the first one ever in the US. The Lafayette and Birmingham sites have PEEK R&D projects that they have been working on, and we are excited about having the internal technical and management support to allow us these resources.

The continual development of PEEK and its applications is a promising sign for medical devices manufacturers.

What is Evonik’s position on the way PEEK should be handled by the rest of the medical device manufacturing industry?

The FTC ruling was a long time coming and well received by the market. We had already established a strong PEEK business foundation with what we had to work with, and are excited about the opportunity to continue having conversations with new potential customers.

We are proud of our products, our quality and our people who work hard to serve the medical market. We are well-positioned since we have such a broad medical polymer portfolio, with PEEK being just one of them. With supplier consolidation being an ever-present strategy for some of the large OEMs, and many of them already purchasing non-PEEK medical product lines from us, being able to now add PEEK to our product offering can only strengthen our value proposition.

The future of PEEK

Whether or not we will see a change in the status of PEEK and its long-term use from these rulings is unclear. Will it spur on more investment and diversity in the product? Solvay and Evonik say that OEMs are anxious to learn more about their products and new ideas, and that they are continually meeting with new, potential customers interested in moving forward with PEEK and exploring new options and ways of using the product.

Whether this means that PEEK’s future will be free of corporate wrangling is unclear, but it does mean that PEEK will be a durable and highly usable polymer that will continue to be used in medical device developments. The continual development of PEEK and its applications is a promising sign for medical device manufacturers, which will now be able to get the best out of this product.