America's healthcare reform hides an inconvenient truth: a 2.5% tax increase on medical devices, which could amount to $20bn in ten years. As a result, device manufacturers are looking at alternative locations for their manufacturing facilities, and as Nic Paton has discovered, Latin America is becoming a popular choice. 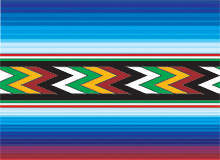 Though it’s been scarcely remarked upon in the mainstream media, buried within President Obama’s healthcare reforms is a proposed 2.5% tax on medical devices, which will come into force from 2013 and could, according to some industry observers, cost device manufacturers some $20bn over the next ten years.

Against this backdrop, it’s perhaps less than surprising that contract manufacturing organisations (CMOs) are becoming a more attractive option for many medical device companies. The emerging economies of Brazil, Russia, India, and China, the so-called BRIC nations, have steadily become more lucrative, high-growth markets for medical devices, making the siting of manufacturing facilities near to or within them a more sensible option. At the same time, the device market in developed territories such as the US, Europe and Japan has reached saturation, with the global economic recession also hitting these regions much harder than many emerging economies.

Alongside the BRIC nations, Latin America and specifically Mexico, with its geographical closeness to North American markets, cheap labour and ready access to raw materials, is also becoming an increasingly important destination for medical device manufacturers.

"When you talk to medical device manufacturers about economic efficiencies, if they have healthy margins, they are naturally going to feel less motivated to make strategic moves to reduce their manufacturing costs; everything is already nice and comfortable.

"If your key market is North America, and that is where you are going to have to land your product, then somewhere like Mexico can be a great option."

But when you begin to factor in the future tax on medical devices, this is the sort of thing we expect is going to start to drive wider interest in strategies by which to lower production costs," says Steven Colantuoni, director of market research and communications at the Tucson-based Offshore Group, a provider of comprehensive services that enable CMOs and device manufacturers to establish their own manufacturing operations in Mexico at reduced cost and risk under its Shelter Program. Under the Shelter Program, companies have 100% control over their core manufacturing processes and product quality and have the ability to ensure protection of their intellectual property. "Medical device companies are increasingly looking further afield," adds Colantuoni. "There is a sense that as long as they can access their raw materials and supply core markets effectively, establishing a low cost production base can be positive for profitability and stockholder value.

What a company like ours does is make the process much easier by offering a turnkey solution, recruiting both indirect and direct labour, preparing worker payroll, ensuring labour law and customs regulations compliance, administering worker benefits and transportation, providing and maintaining industrial workspace, as well as all other important functions that do not directly relate to manufacturing processes."

"If your key market is North America, and that is where you are going to have to land your product, then somewhere like Mexico can be a great option," agrees John Cecilia, senior consultant with Neal and Associates Business Consultants. "Kimberly-Clark, for example, has been in Mexico since the 1970s and has expanded greatly there over time."

Increasingly with emerging markets – and not just somewhere like Mexico – there is a "pull" factor as well as a "push" one for specialist operations such as medical device companies.

While the "push" factor will normally be cheaper labour and other costs, and possibly the lure of more attractive tax regimes, the "pull" factor is the increasingly well-educated and sophisticated skills base that countries such as India, China and, yes, Latin America can now offer.

"The skills base in Mexico has improved markedly since the mid-1990s. What has happened is that you have been having a lot of precision and specialist manufacturing firms moving down there, for example from automotive manufacturers, who will be doing things like injection and silicone moulding," says Cecilia.

"So, while it used to be that you might move to a market like this because you wanted to make a basic product and because labour costs were a factor, now you will often find that, in fact, what you have is access to a skilled workforce.

Colantuoni’s Offshore Group has been working recently with an FDA-approved company that manufactures u-clamps. "So the operation is in a clean room, with everyone in white suits. They are doing very sophisticated stuff," he says.

"you need to invest in the facility, but also the community. It is really no different to deciding you are going to set up a manufacturing facility in, for example, Chicago."

The key to building an effective, long-term CMO is not simply to go into it with the view that it is all about driving down to the lowest possible cost, even if cost is an important factor, stresses Cecilia.

"If you are just chasing the labour rate then you will end up chasing the ball around the world. That is a very short-term mentality to have. If you are going to move to an outsourced structure you need to have a plan that, yes, looks at your existing product lines but which also considers new lines and whether they may be able to be developed in this new manufacturing area," he emphasises.

The process needs to be well-managed and a genuine partnership must be developed.

"If your mentality is just that it is going to be all about low labour costs, that is not going to be sustainable," continues Cecilia. "Labour costs will, of course, be a factor but you need to be, and you need to show you are, committed to the long term. So you need to invest in the facility, but also the community. It is really no different to deciding you are going to set up a manufacturing facility in, for example, Chicago."

He notes that medical device manufacturers in his experience tend to be control freaks, and for very good reason. "Medical devices have to have very high standards and if you lose your reputation, for whatever reason, getting a second chance is very difficult," he says. "But because a location like Mexico is now building a reputation for the manufacture of high-end devices, as well as offering good access to raw materials, people who were maybe unwilling to relocate before are now starting to look again."