The war on bugs: successful sterilisation

Ethylene oxide is an established method for sterilising medical devices. Sean Hanley of Boston Scientific explores some of its pros and cons, how to overcome some of the challenges presented and some options for a successful validation. 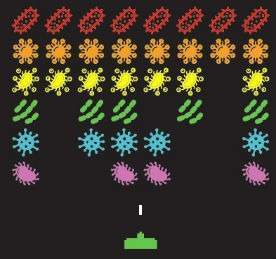 Discovered in 1859, ethylene oxide (EO) has had an interesting employment history. Used in the 1930s to reduce microbial contamination in spices and cereals, it was then used to fumigate hospital rooms before being applied in the mid-1950s as a disinfectant for plastic hospital products and is now one of the world’s primary means of sterilising medical devices.

Despite its effectiveness, wide-scale use of the chemical for the past 30 years has been complicated by its toxicity. It is carcinogenic to humans, and inhalation in high concentrations can cause violent illness. Accordingly, there are occupational and patient limits for EO. To complicate matters further, it is potentially explosive in contact with oxygen. This safety concern requires specific engineering safeguards to be added to the sterilisation process, such as evacuations to facilitate air removal, and flushes with inert gases, like nitrogen.

The question of how EO has become so ubiquitous, despite its potentially serious drawbacks, has never been more relevant, as more complex medical devices, such as drug-combination-devices and biologics, have heightened sensitivities to sterilisation processes.

The chief factors when selecting a sterilisation method will always include adequate lethality and device compatibility. Other elements, such as cost, processing volume and configuration, as well as the availability of the facility within the product supply chain, should also be assessed.

EO’s primary advantage over other methods (gamma irradiation, e-beam irradiation and steam), is its relative compatibility with many materials used in medical devices. The vast majority of polymers are not adversely impacted by EO gas, whereas irradiation may result in changes to some molecular structures.

The temperatures used in an EO process (typically in the 40-50°C range) are not considered extreme when compared with those used by steam. Scalability is another plus; many contractors possess chambers that accommodate between two and 24 pallets to manage large volumes. The EO process is designed so that the gas permeates pallets of products for large-scale processing. The cost of sterilisation per unit is therefore often cheaper than other methods, such as e-beam, which are generally administered box by box.

"OEO is easily scalable for large volumes, and generally not considered excessively expensive, but it is not perfect for medical devices."

Conversely, for expensive products, the smaller batch processing offered by the latter can be considered advantageous in the event of any failures with the process.

Processing time is also very relevant to many OEMs, and EO is not optimal in that context. It is often typical to see EO processes of 36-72 hours, whereas gamma radiation typically has a processing time of two to six hours, and e-beam can be measured in minutes. EO residuals are another inherent constraint. This concerns EO gas, which is toxic, present in the load after sterilisation; levels on products must be quantified (usually during initial validation stages) to ensure they are below specified levels. This typically involves inclusion of an aeration phase after sterilisation, which adds to the overall length of the process.

EO service providers also face challenges. EO’s toxicity requires that facilities are monitored for gas levels to ensure that there is no occupational hazard. Gas remaining after completion of the process must also be made safe, which requires options such as catalytic conversion, wet acid scrubbing or dry beds to neutralise or convert the EO to safe by-products, or levels. Many contractors also take precautions to address its explosive nature, in terms of building design and damage limitation. Environmental protection agencies also have EO on their list of hazardous materials, and push to reduce its global use.

Various strategies exist to overcome EO’s limitations. Let’s first address the length of the process. Conventional cycles typically might require 12 hours of preconditioning, an equally long sterilisation phase and up to 24 hours of degassing (aeration). Many companies now use ‘all in one’ dynamic cycles that condense the steps described into a single phase.

More ‘aggressive’ evacuations and gas injections force steam through the load, resulting in quicker humidification than is possible with a conventional process. EO dwell time may be shortened with higher gas concentrations and increased temperatures on the higher end (around 50°C). The challenge of gas removal is then met with multiple evacuations and washes with nitrogen, or steam. Some companies boast dynamic cycles under 15 hours long, and 16-18-hour cycles are common, even for chambers of up to 24 pallets.

Another limitation of EO use relates to residuals left on the sterilised item. The impact of these can be mitigated in a variety of ways. First, if the product is only in the design phase of development, it may be possible to choose materials that hold less gas than others. If the design is already fixed, the sterilisation cycle itself may be modified. Extra evacuations may be considered, or the heated aeration phase may be extended (the rate of EO removal increases at higher temperatures).

Process modifications are flexible when the sterilisation schedule is being designed, but once the cycle is complete, any changes must be considered in the context of their impact on anything that may already be sterilised. Changes to the cycle would also typically need to be approved by external regulatory agencies. If product design cannot be altered to address EO residuals, and the sterilisation process is fixed, other elements should be considered to manage the situation. Education and communication to the supply chain element of the company are important, regarding degassing. A degassing location may also need to be provided.

Overall, EO is very effective and is compatible with many products. It is easily scalable for large volumes, and generally not considered excessively expensive. However, it is not perfect for medical devices. Innate occupational and environmental challenges require contractors to take specific safety and building design measures.

Other obstacles may be overcome by careful cycle planning. ‘Dynamic’ cycles can eliminate significant hours of preconditioning and aeration. Streamlining the validation process can also mitigate submission delays by sharing best practices and early engagement with external regulators.

EO validation is governed by ISO 11135-1, some of which is open to interpretation. Smaller companies may not have a specific sterilisation department with expertise, and require help. Typical questions in sterilisation communication forums include:

There are often no definitive answers to these questions, but some general advice would be as follows:

How to construct a sterilisation validation report is often an interesting topic. An effective method is to follow ISO 11135-1, step by step to ensure there are no requirement gaps. Sections of the standard may not apply to the specific validation, but simple statements can be provided. For example, if a company is conducting the validation of a new cycle for their products and is using a contractor, the latter will already have completed installation qualification (IQ) and operation qualification (OQ) on the equipment, to meet clause 9.1 and 9.2 of ISO11135-1. It is a good idea for companies to include IQ and OQ sections in validation reports; referring to the work already completed by the contractor is a simple means of effectively ticking this box.