With gastrointestinal diseases on the rise, patient-friendly capsule endoscopy is an increasingly popular diagnostic alternative. So what opportunities does this present for device manufacturers? Medical Device Developments takes a detailed look at the capsule endoscopy systems market, the barriers to its expansion and the possibilities for future advances in the technology. 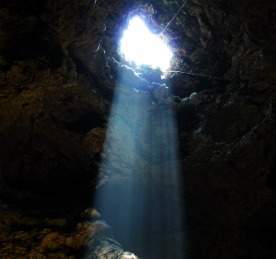 The global capsule endoscope (CE) systems market was worth $186.9 million in 2010 and is expected to reach $323.6 million in 2017. Increased adoption of capsule endoscopy, advancements in technology and the availability of high-definition (HD) systems are set to drive the market. Current drivers include the increased prevalence of gastrointestinal (GI) diseases such as oesophagitis, gastro-oesophageal reflux disease (GORD), obscure gastrointestinal bleeding, coeliac disease, Crohn’s disease and colorectal cancer (CRC), as well as the growing awareness of disease conditions among the general population, leading to an increase in screening.

Disorders arising in the colon include CRC; inflammatory bowel diseases such as ulcerative colitis and Crohn’s colitis; diverticulosis; and lower gastrointestinal haemorrhage, which, taken together, account for a significant proportion of the mortality rate. According to the American Cancer Society, colon cancer is the third most common cancer diagnosed in the US. World Gastroenterology News reports that approximately 50,000 Americans and 212,000 Europeans die annually from CRC. Despite the growing risk, it was found that patients do not undergo any form of screening, because of factors such as patient fears, procedural discomfort, potential complications and embarrassment.

CE systems have the fastest growth rate of all categories in the GI endoscope devices market. The rapid growth of these systems can be attributed to improved reimbursement coverage across developed economies and an increase in screening of the small bowel.

"Clinical trials have also demonstrated that capsule endoscopy has a higher diagnostic capacity than other diagnostic modalities."

There has also been an increase in the number of small bowel screening procedures. Small intestine pathologies are difficult to diagnose. However, capsule endoscopy has proved useful in diagnosing lesions, tumours and other pathologies that are normally hidden inside mucosal layers. The efficiency of the CE system in this area is resulting in increased physician preference for small bowel investigations.

The CE systems market comprises tools used to examine the interior of a hollow organ or cavity of the body. These tools are broadly classified into two major segments: CE workstations and CEs themselves, which are used to record images of the patient’s GI tract.

The capsule endoscope is the size of a large vitamin pill, weighs less than 4g and measures about 26×11mm. It has a battery with an eight-hour lifespan, a strong LED light source, a camera and a small transmitter. After the patient swallows the capsule, it begins transmitting images of the inside of the oesophagus, stomach and small bowel to a receiver worn by the patient. The capsule takes two pictures a second until it has taken approximately 55,000 images.

Capsule endoscopy is an evolving technology with the potential to replace most conventional upper-gastrointestinal endoscopy and colonoscopy, and its major challenges are being addressed in order to position it as the preferable diagnostic alternative. Radical design changes are being implemented to help increase the energy supply to CE systems. The power efficiency of capsule endoscopy has been improved through the use of complementary metal-oxide silicon (CMOS), which uses very low power levels compared with charge-coupled devices (CCDs). This helps physicians to examine the GI tract in greater detail as there is an increase in the image-capture time.

With the introduction of carbon nanotubes, breakthroughs in battery design are expected to bring about better power management, as the nanotubes have a greater surface area and better electrical conductivity. Other approaches include smaller capsule size, as demonstrated by IntroMedic’s MiroCam, which uses the human body as an electrical conductor to transmit data, instead of relying on radiofrequency, thereby decreasing power consumption.

Various hybrid imaging technologies are emerging that offer enhanced image quality, which will contribute to a more detailed study of the GI tract. These developments are in the form of further reductions in capsule size, an increase in the pixel numbers of the images and an improved camera lens backed up by a more efficient power system.

The risk of GI disorders increases with age, thus the aging population will lead to a larger pool of high-risk patients, generating demand for endoscopy interventions. Diseases such as appendicitis, CRC and inflammatory bowel disease are common in developed countries, and are mainly associated with changes in lifestyle and economic development. As the developing world becomes more urbanised, disorders that are now rare in the developing world are likely to become much more common.

The World Health Organization (WHO) estimates that by 2015, the global elderly population will reach 371.8 million, a significant portion of which are expected to undergo endoscopy procedures, thereby providing growth opportunities for the GI endoscopy devices market.

"Capsule endoscopy is an evolving technology with the potential to replace most conventional upper-gastrointestinal endoscopy and colonoscopy."

The unpleasant nature of conventional diagnostic colonoscopy has led to the adoption of the capsule endoscope as a diagnostic alternative. According to the US National Library of Medicine, capsule endoscopy has been found to be superior to barium X-rays, and will push endoscopy towards the investigation of obscure GI bleeding and in the evaluation of suspected Crohn’s disease.

Governments, manufacturers and private institutions have intensified awareness campaigns for GI diseases such as colon cancer and Crohn’s disease. Since 2000, March has been designated National Colorectal Cancer Awareness Month in the US. Similarly, the UK has recently launched the Be Clear on Cancer campaign, with the aim of increasing awareness of bowel and other cancers. Colon cancer is a preventable disease, but conformity rates for colonoscopies remain low globally, making capsule endoscopes a more viable option for screening CRC.

A significant market opportunity exists for GI endoscopy devices, namely capsule endoscopy, since colon cancer is the second leading cause of death among all cancers. In the US, only half of those individuals who should be screened (patients aged 55 years and above) are actually opting for CRC screening. Similarly, in Europe, just 25% of patients are undergoing screening, while the figure in Japan is even lower (10%). This provides a significant opportunity to use capsule endoscopy for diagnosing disorders in a safe, efficient and patient-friendly manner.

Manufacturers have designed a magnetically guided capsule endoscope (MGCE) system, which can be controlled by surgeons through an external joystick and easily navigated to areas of interest. Previously, a significant disadvantage of capsule endoscopy was the lack of surgeon control over the movement and position of the capsule as it travels through the intestine.

Given Imaging has developed an MGCE system that is expected to expand the application of endoscopes into the diagnosis of diseases such as cancerous and precancerous conditions of patients suffering from inflammatory bowel diseases. Physicians are therefore more likely to choose capsule endoscopes over any other technology. Similarly, Siemens Healthcare and Olympus have jointly developed an MGCE system that allows the patient to swallow a capsule, and wirelessly transmits images. The prototype consists of a capsule endoscope, a magnet, and an image-processing and guidance-information system.

The quality of images captured in current CE systems is inferior to that produced by traditional endoscope systems. In CE systems, image data is stored in a compressed format, which causes blurring and lowers image quality. Advances in micro-electronics are expected to address this concern in the form of image sensors that can capture quality images with higher resolution and smaller pixel sizes.

Current CE systems contain silver-oxide batteries, the major limitation of which is short battery life, since battery depletion could prevent complete imaging of the GI tract. Various power-management algorithms, such those mentioned above, are being looked into, with a view to attaining a recording time of more than 11 hours.