Advanced patient monitoring is on the rise, with many newly launched medical devices offering wireless or remote capabilities. Medical Device Developments explores the latest trends in this field, and charts the changing role of manufacturers as healthcare and consumer electronics converge. 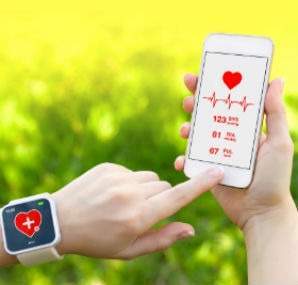 There is little doubt that the healthcare sector has benefitted from the impressive progression of wireless technology over the past decade. First and foremost, today’s patients are divested of the endless cables and cumbersome devices to which they were once manacled on the hospital wards of yesteryear.

Wireless technology, which enables remote monitoring and multidevice connectivity, bestows patients with unprecedented mobility, freeing them to roam while still having their vital signs – including blood pressure, heart rate and temperature – monitored.

In some cases, such as when taking glucose levels, monitoring can take place within the confines of a patient’s own home. The benefits of this are obvious: monitoring becomes less invasive and trips to the hospital are minimised – liberating valuable bed space for others.

We can expect this growth curve to continue, too. According to Research and Markets, the global wireless health sector was valued at $23.8 billion in 2013. By 2018, that figure is predicted to more than double to $59.7 billion.

Bolt from the blue

In terms of trends, Bluetooth low energy continues to lead the way. Requiring less energy, and armed with a point-to-point protocol and an accepted international standard, Bluetooth engenders greater flexibility for patients and caregivers alike, allowing small groups of devices to communicate across what is known as a personal area network.

"Requiring less energy, and armed with a point-to-point protocol and an accepted international standard, Bluetooth engenders greater flexibility for patients and caregivers alike."

Consequently, medical device manufacturers are keen to further harness the benefits of Bluetooth – which is also said to tick boxes when it comes to security and patient privacy, as products can incorporate safety features, including encryption and password protection.

Notable devices to hit the market in the past 12 months include the miniTek, a remote app that allows people to control their hearing aids, via near-field magnetic induction technology, with a smartphone. Developed by Siemens, the miniTek is also compatible with Bluetooth wireless technology – and alternative Bluetooth wireless transmitters – meaning it can connect with other devices, such as computers and televisions.

Likewise, Evenna Medical, together with Epson, has developed smart glasses that provide caregivers with an anatomically accurate 3D image of a patient’s vascular system. Designed to be viewed in real time, the system also incorporates Bluetooth, Wi-Fi and 3G technology, as well as a telemedicine capability for remote sharing of images.

For orthopaedic patients, the advent of the OpenGo sensor – designed by German company Moticon – could also be significant. To be worn on one’s shoes following surgery, it is able to measure balance, acceleration and foot temperature, monitoring the recovery of a patient for up to four weeks.

While Moticon has chosen to collect and stream data through ANT+ technology for cost-efficiency reasons, company CEO Maximilian Müller has already stated his intention to switch to Bluetooth low energy by the end of 2014, as a result of the technology’s growing ubiquity across the medical device sector.

Mobility is arguably the biggest driver in all of this. According to a 2013 report by consulting firm Frost & Sullivan, entitled ‘The Three Big Predictions for the Global Healthcare Market’, the rise of mHealth across developed and developing markets is showing no signs of letting up.

"The penetration prospects of mHealth technology are significant in the following areas: wireless vital signs monitoring, location-aware telemonitoring systems, and Bluetooth-wireless-technology-enabled health trackers," read the report. "It is an exciting area of opportunity for healthcare growth and will provide innovative solutions for stakeholders – providers and patients alike."

With mobility on the rise in healthcare, more organisations are subsequently looking to better streamline their services. According to a recent poll conducted by California-based wireless networking vendor Aruba Networks, 85% of hospitals were supportive of the ‘bring your own device’ (BYOD) concept.

As in other professional realms, an increasing number of healthcare providers are now embracing smartphones and tablets; the report found that adopting a BYOD strategy affords clinical personnel better access to real-time data, culminating, ultimately, in enhanced medical care for the patient.

And what of the cloud? Unlike other industries, the medical sector has been comparatively reticent in making the most of its purported benefits – better flexibility, increased productivity and economy of scale, to name a few. However, according to the Frost & Sullivan report, attitudes among providers are starting to change.

Nonetheless, while radiofrequency (RF) wireless technology and connectivity appear to have a clutch of practical and economic advantages, implementation is not without its challenges.

As with all developing technology, the improvements and benefits that come with wireless connectivity need to be counterpoised with the appropriate functionality and safety of the medical devices they enable. This argument represents the backbone of the guidelines for the use of wireless medical devices, as issued by FDA in 2013.

According to Mike Siegler, director of engineering at Etherios, parties, such as electronic manufacturing services providers, cannot afford to underestimate such scrutiny from FDA.

"To ensure that products will meet the existing wireless standards and new FDA guidelines, companies need to be forward-thinking in their approach to safety and performance requirements, " wrote Siegler in a November 2013 article, featured in Electronic Design.

"No one wants to send a product to the marketplace that does not meet performance or reliability requirements. Companies, especially, never want to raise safety concerns. This is a real possibility for those products that do not properly implement wireless technology or whose systems aren’t tested rigorously. If this happens, the cost to a company’s reputation and brand can far outweigh the cost of proper design and testing."

Few will forget the infamous lesson taught by the hacker-cum-security expert Barnaby Jack at the Hacker Halted conference in 2011. Performing live on stage, Jack – who passed away in 2013 – brought concerns around the security of medical devices to the world’s attention, when he demonstrated how to interfere with a wireless insulin pump by scanning radio frequencies.

"Put simply, customers don’t want the headache of having to commit to a single vendor, or be required to uproot and replace an existing infrastructure from scratch."

Even more shockingly, later that year, Jack also brought the flaws of medical device companies to the fore by showing how pacemakers could be remotely controlled and commanded to deliver an 830V shock using a basic laptop.

"One of the most important emerging themes in the FDA guidance is its focus on security," said Siegler in the same Electronic Design editorial. "Performance considerations for security are often overlooked. It is critical to design safeguards against unauthorised access to hospital networks or the disclosure of sensitive patient data," he wrote

"Also, protecting the confidentiality of patient data in transit and ensuring that the data is not tampered with or corrupted is vital to product success and patent security. In addition to protecting data in transit, it’s equally important to protect the device itself from unauthorised access and tampering."

Another potential hurdle identified by FDA concerns interoperability and co-existence. Perhaps the greatest driver for making a medical device wireless is the capability to share data across devices and networks – often manufactured by multiple vendors. Put simply, customers don’t want the headache of having to commit to a single vendor, or be required to uproot and replace an existing infrastructure from scratch.

To avoid any unwanted performance issues, FDA recommends users anticipate the wireless technologies that they will use, and perform a mix of lab and field trials to detect and mitigate any potential co-existence problems.

Given that medical devices are deployed on a global basis, there are also a host of international considerations to take note of. Wireless infrastructures and regulatory stipulations often differ from country to country, and therefore need to be identified and acted upon early in the product development life cycle.

Such challenges will need to be met head-on by medical device companies, and there is everything to suggest that they are already aligning themselves with FDA guidelines. In light of the projected growth of wireless in the healthcare sector, not to do so would be impolitic.

Meanwhile, patients and caregivers alike should expect to further reap the awards of a technological revolution that appears to be approaching full swing.