Know your enemy – taking the fight to the counterfeiters

Medical device fraud is something of a well-kept secret in the healthcare industry. While the pharmaceutical industry has accepted the dangers counterfeiting poses, there are suggestions that device manufacturers are grossly underestimating the problem. Chris Godfrey speaks with Michigan State University’s Dr Douglas Moyer about how to combat counterfeiters – by treating them as competitors. 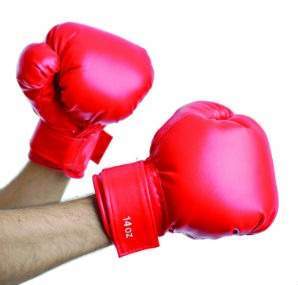 The battle against counterfeit medicines may be far from over, but investments made by pharmaceutical brand owners and authorities have certainly limited its impact. Keen to avoid the high-profile patient deaths and needless monetary losses associated with falsified products, medicine companies are now well set up to minimise the risk posed by fraud.

However, even with such a constructive example to follow the medical devices sector has been reluctant to deal with the growing problem. Considering the ruthlessness with which notorious counterfeiting scandals once decimated pharmaceutical brands, it is surprising that some device manufacturers are still reticent to invest in anti-fraudulent measures.

The watershed moment came in the guise of the 1982 Chicago Tylenol murders, where seven people died after inadvertently taking Johnson & Johnson pain-relief pills that had been laced with potassium cyanide.

While unsolved, the prevailing theory is that a lone terrorist switched multiple bottles of poisoned capsules on supermarket and drugstore shelves. With no foolproof way for the public to identify adulterated medicine, the attack led to a nationwide recall of all Tylenol products – 31 million bottles were in circulation at the time that had a combined retail cost of $100 million.

Johnson & Johnson’s candid and aggressive reaction to the threat was lauded by the press, but even this couldn’t stem the loss of consumer faith. Re-educating the public, redesigning the product and re-entering the market would come at a huge cost. Despite these efforts, it took years of price promotions and public assurances over packaging security before Tylenol reaffirmed its pre-crisis dominance.

The pharmaceutical industry is now better placed to counteract the threat of saboteurs, and the Tylenol murders are seen by many as the precursor for anti-tampering laws and security-sealed packaging. Regardless, the threat remains, and the number of forged medical devices breaching protective measures is rising.

Disposable implements, surgical implants and specialist instruments are just some of the apparatus that are increasingly replicated. Fraudulent products are now sold in packaging identical to that of renowned brands, and differentiating between them is a specialist field in its own right. Too many manufacturers are in denial, though; too many lack the motivation to tackle the problem.

Counterfeiters are quick to evolve in the face of sophisticated security measures. Poor-quality replicas may be easily discernible, but there is still a demand for them founded on their perceived efficacy. The best manufacturers replicate the device and its packaging to an indistinguishable standard, and, when sold at a lower price, they will certainly hit profits. Electing to ignore the threat posed by fraudulent activity is a high-risk strategy for brands.

What are the chances?

Dr Douglas Moyer, an adjunct assistant professor at Michigan State University’s Program in Public Health, is regularly confronted by hesitancy towards dealing with device fraud. At a recent conference for packaging engineers, he was astounded by the level of ignorance among manufacturers about just how much of an issue counterfeiting was. After the exhibition, Moyer was dining with a producer of implantable lenses who presented a shocking attitude towards the matter.

"He was adamant that it wasn’t an issue in his industry," Moyer recalls. "Most of them were in denial that it was their problem or that one even existed."

Moyer has conducted research into the threat of counterfeit products and packaging across the medical sector. He regularly collaborates with companies to help them recognise the immeasurable danger posed by device fraud.

"We teach brands that it is an incalculable risk," he says. "Most want to visualise the dollars spent and the return on investment, but there’s always a remote potential for a freak event with extreme implications. This just can’t be accurately quantified."

One challenge Moyer faces lies in educating manufacturers to accept the risk towards their brand. Counterfeiters produce such a broad array of products in different ways and with such varying motives that no single strategy is able to pacify all threats. "You cannot choose one tactic and just assume that it is the most effective approach," warns Moyer. "If there was never a threat on that instrument then it’s a total waste of money. Tactics come after strategy, and strategy comes from risk assessment."

Lost revenue is one of the biggest risks to brand-owners. Accurately knowing the monetary value of this though is virtually impossible, with resource allocation towards fighting counterfeit products often compiled against abstract estimations.

By contrast, counterfeiters have a clear strategy for thwarting security measures and specialise in producing low-cost, high-turnover devices with an inelastic demand. They know which markets their devices will have the biggest impact in and how best to divert profits away from authentic brands.

"People need to think of counterfeiters as competitors. They have the means to develop medical devices whatever the standard, and they will derogate from profits," says Moyer. "The quality might not be there, but they will fill a gap if you give them a chance.

"We teach a concept called the ‘threshold of pain’ and ask the brand-owner, ‘what would you be comfortable losing due to a wounded trade name?’ It’s tough to answer, but it emphasises the need for a prevention strategy."

Advanced technology now makes highly accurate imitation packaging an unfortunate reality. Even highly regulated markets have been tainted by fraudulent devices disguised as legitimate brands, and manufacturers need to be wary of potential liability cases brought against them by professionals who have inadvertently injured patients.

"Counterfeiters have the means to develop medical devices and will derogate from profits."

Counterfeit devices forgo the rigorous safety tests and are far more susceptible to malfunctions. Damage caused by fake devices could be unfairly associated with the brand, crippling profits and tarnishing their reputation as a supplier.

Understanding how fraudulent devices pervade the system is critical to risk reduction. Counterfeiters have fine-tuned their supply line to produce the optimal combination of cheap, desirable goods. Most fraudulent products enter the system through supply chain vulnerabilities. Brands need to analyse their chain from end to end, in a similar way to the fraudsters, in order to identify where perpetrators can compromise their product.

"Natural disasters and outbreaks of disease tend to be predictors of fraudulent activity. A sudden jolt or sustained peak in demand can outstrip supply, creating an anomaly and an opportunity for counterfeiters to enter the system," says Moyer.

According to the CIA, in 2012, Tanzania had the fourth-highest HIV-related mortality rate globally, with more than 80,000 deaths. Three medical professionals are now in court over the charge of conspiracy to abuse their positions through the importation of fake HIV test kits. Despite recognising the defective devices, they approved the transaction; the total cost to the Tanzanian Government is estimated to be in excess of $2 million.

In deprived regions under the duress of highly infectious and fatal epidemics, the desperation for any form of affordable healthcare outweighs safety concerns. Forged devices are rarely exposed to the same sterilisation techniques undertaken by brands, and there is a greater risk of infection. For impoverished medical practices, this particular concern probably languishes somewhere near the bottom of the priority list; merely having a tool to operate with can too often feel like a luxury.

Developing countries are not the only target. Existing outside of geographical and political boundaries, the internet has created the perfect distribution platform for counterfeit goods. According to the Medicines and Healthcare Products Regulatory Agency (MHRA), the web has facilitated the purchase of fake devices by mail order, via auction sites and through online pharmacies. While the MHRA claims the problem is relatively minor in the UK, there were still numerous instances of counterfeit corrective surgical mesh implants, contact lenses and glucose test strips being intercepted by authorities.

Advances in fake packaging and the rise of the internet have complicated the tracking of counterfeit apparatus and the prosecution of perpetrators. However, there are a number of measures that brands can put in place to make identifying the genuine article a possibility. Moyer believes there are three areas that companies should build their fraud-prevention strategy around: overt, covert and forensic tactics.

"There has to be a layered approach to packaging security features. You need to include one from each of the three categories, preferably more," says Moyer. "These things have to be adaptable though, and variation is important. The most robust security applications are rotated to a schedule so that you know exactly what you are going to be doing in the future. If any protective feature becomes compromised, you can immediately switch over and to ready-made alternatives."

Overt tactics are as much about easing the mind of your clients as they are about deterring fraudulent reproduction. Packaging design can shore up confidence in the device with subtle clues about its legitimacy; the logo, lettering and colour can all be manipulated to provide subliminal hints. Distinctive designs can also limit a counterfeiter’s ability to replicate.

Covert tactics are privy only to designated people, and often detectable only by law enforcement officials and brand protection officers. "They don’t have to be expensive. It could be an unusual cut on a carton flap or a deliberate printing flaw," explains Moyer.

"We think of counterfeiters as artisans who want to make a perfect copy of your product; they’ll fix little ink bubbles in their copies. Covert features are more effective when layered and multiplied. So long as it is known that they exist somewhere on the supply chain, they will act as a deterrent."

Forensic security features are often the most expensive. Their functionality relies on an ability to be practical to apply and quick to verify; many require laboratory testing to verify authenticity. They’re absolute and impossible to counterfeit.

"It’s a trace element, and, while not undetectable, no one in the world will be able to find it, let alone replicate it," says Moyer. "It could be a chemical signature or a specific DNA located on the packaging. Even the specific colour of the ink could be proprietary, with no one in else in the world having access to it."

While packaging security features operate as a deterrent and a brand detection tool, they can also act as unconditional proof to authorities that an implement is counterfeit and warrants an investigation. They could also be the evidence a brand needs to absolve itself of blame for accidents sustained through malfunctioning medical devices.

A versatile strategy is integral to battling such an adaptive threat. As long as market conditions encourage a profitable environment, counterfeiters will engineer evasive techniques – jeopardising corporate profits, brand image and patient lives.

Manufacturers need to acknowledge the danger, analyse the risk and implement a multifaceted strategy to nullify it. They need only read up on the history of Tylenol to see the dire consequences of apathy.