Additive manufacturing – also known as 3D printing – is one of those rare technologies that has transformed an entire industry. Using a digital template, the technique makes it possible to create an object of almost any shape by adding successive layers of material. Kim Thomas speaks to Lewis Mullen, manager in advanced technology at Stryker, about how the technology is changing as it becomes mainstream. 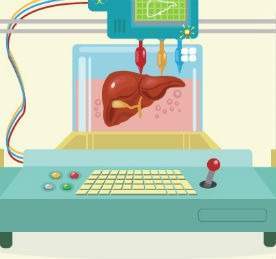 The term ‘additive manufacturing’ comes from the original process in which binder material is deposited layer by layer on to a powder bed. The technologies are often not as new as they are believed to be, however. Lewis Mullen, manager in advanced technology at medical technology company Stryker, notes that 3D-printing machines began to appear in the late 1980s and early 1990s. Since then, he says, there have been big improvements as the techniques have evolved into capable manufacturing platforms: “The techniques, machines and knowledge of the processes have significantly evolved since those early days, and this has meant that additive manufacturing, in both polymeric and metallic forms, is now used to manufacture a vast array of products within the medical device industry.”

It certainly seems to be a technology whose time has come – and the recent market growth shows no sign of abating. A report last year from market-research firm Future Market Insights predicted that the global 3D-printed medical device market would reach $279.6 million in 2016 and grow at a compound annual growth rate (CAGR) of 17.5% over the next ten years. The report also looked at the predicted market share for the three principal 3D-printing materials – resins, plastics and certain metals. Plastics, not surprisingly, was predicted to have the highest revenue share, expected to be $984.7 million by 2026.

When it comes to the medical device market, the ability to manufacture medical devices quickly and to match them,
where necessary, to a patient’s individual physiology, means that additive manufacturing is rapidly supplanting traditional methods of manufacture. Typical uses include the creation of implants, such as cranial plates, and prosthetics, where
the technique has been revolutionary.

In developing countries, 3D printing has proved to be a simple and cheap method of providing replacement limbs for children who have lost limbs to landmines. The technology has also proved ideal for making hearing-aid shells and ear moulds (60 million have been printed), and dental aids, where it has replaced traditional wax-modelling techniques used to create crowns and bridges. While plastics have traditionally been the main material used in 3D printing, the use of metal is becoming more prevalent, and is particularly suited to medical and dental devices.

Other medical devices that can be 3D-printed include orthopaedic implants, craniomaxillofacial guides, surgical instruments, implants and tissue engineering products, such as bone and cartilage scaffolds. There are hopes that 3D printing could eventually be used to create artificial organs such as kidneys to be used in transplantation.

Companies that manufacture medical devices have seen significant benefits from the move to additive manufacturing. Stryker’s main specialism is orthopaedics, though it also has a presence in other medical specialties, including surgical instruments, endoscopy, surgical navigation and craniomaxillofacial products.

The company began investigating the technology in 2001 alongside leading academic research institutions to establish the feasibility of using it to manufacture cementless joint-replacement implants with “sections of specifically tailored porosity to help induce biological fixation.” Stryker found that additive manufacturing had “the ability to combine fully configurable and reproducible, high-porosity structures with fully dense elements, in designs that could not be manufactured using traditional manufacturing techniques.” In addition, says Mullen, “the techniques can be used to manufacture previously un-manufacturable geometries, while producing minimal waste and helping to reduce product-development timelines.”

So far, Stryker has mainly been using the technique on its cementless joint-replacement and spinal devices that make “good use of the latest-generation, 3D, porous structures and increasingly complex designs to help improve clinical outcomes.”

The technology has an even greater impact, says Mullen, when combined with state-of-the-art bone-imaging and component-design methodologies. These are used in the Stryker Orthopaedics Modelling & Analytics package (SOMA) –
a system that allows for population-based design of orthopaedic devices by drawing on a large database of high-resolution CT-scanned bones – and in robotically assisted surgical approaches, such as Mako robotic-arm-assisted surgery (in 2013, Stryker acquired Mako Surgical Corporation, which specialises in robotic-arm-assisted surgery in orthopaedics).

Many of us tend to think of additive manufacturing as a technology that is principally used for one-off or low-volume production. But the technology has now advanced to the extent that it need no longer be limited to small-scale production, says Mullen: “Due to significant improvements that have been made over the last decade or so, in terms of process robustness, efficiency, repeatability and capability, a number of medical device companies, including Stryker, have invested in, and are now using, the techniques for production of some of their mass-produced product.”

In 2009, Stryker established a pilot plant to validate the production capability of metal-based additive-manufacturing processes, which ultimately led to US FDA giving 510(k) clearance for Stryker’s first additively manufactured product in 2013: the Triathlon Tritanium knee line. Since then, the company has built a new 90,000ft2 complex that will allow “significantly increased capacity for additive-manufacturing machines”. It demonstrates, says Mullen, the company’s long-term commitment to the technology: “We now have a total of eight additively mass-manufactured products on the market, and believe that we have come a long way in regard to overcoming the challenges associated with mass production of medical devices by additive manufacturing.”

There are still limitations. Mullen says that, in some instances, the cost of the technique can be prohibitively high, particularly in metal-based additive manufacturing, which is still in “relative infancy in comparison with more traditional manufacturing techniques, such as forging and casting, where cost may have intelligently been taken out of these processes over many years.”

This is one of the main reasons, he suggests, that additive manufacturing is showing promise in the medical device and aerospace industries, but is “yet to make significant inroads in some other industries.” While the technique has the potential to create improved features in a lot of the devices manufactured by Stryker, Mullen says, the added costs of manufacture have to be weighed against the benefits.

In time, the cost-benefit balance is likely to tip; the advantage of using metal-based additive manufacturing to create orthopaedic implants is that the quality of the end product is higher – the parts can be functionally superior, for example, to those created using the traditional casting process, and it is ultimately possible to create products customised to the physiology of the individual patient.

Apart from cost, the other factor holding back the growth of the market is that 3D-printed devices, implants and tooling are tightly regulated by FDA and other regulatory bodies. Currently, they are subjected to rigorous checks and validation processes: FDA subjects any device to be used in the human body to particularly stringent reviews and testing. In the case of 3D printing, this is a time-consuming and resource-intensive process – because the technology is relatively new, there are no standards in place that manufacturers must abide by before submitting them for approval. So far the agency has approved approximately 85 applications related to 3D-printed medical devices, including orthopaedic implants and surgical guides. It has also approved a 3D-printed prescription drug, suggesting a promising future for the use of the technique in creating personalised medicines. Most of the products have been approved through FDA’s 510(k) route, while a few were approved through the emergency-use pathways, in which doctors are able to treat patients with an unapproved medical device in the case of an emergency.

Last May, FDA issued draft guidelines for manufacturers submitting products for consideration. This guidance, which provides recommendations on device design, manufacturing and testing, was issued to solicit feedback, and so hasn’t yet taken effect. When finalised, however, these guidelines will speed up the approval process considerably, though FDA hasn’t yet announced the date it intends to publish them.

The European Medicines Agency (EMA), unfortunately, is lagging behind FDA. It has not yet produced any guidance on 3D printing of medical devices, and its new medical device regulations, which will come into force in 2019 or 2020, do not address the issue of 3D-printed devices in any detail.

Mullen is optimistic about the future of additive manufacturing in the manufacture of medical devices. At the moment, he says, the technology shows great promise in “carefully selected medical devices where the decision to go down that route makes sense in both clinical and commercial aspects.”

As the techniques develop further, however, they will become faster and more cost-efficient, opening up the possibilities for using them on a much wider range of products. “It is our belief,” says Mullen, “that additive-manufacturing techniques, in the near to mid term at least, will continue to sit alongside more traditional manufacturing methods, such as casting, forging and machining to increase the number of part-fabrication options that are available to skilled engineers and designers – meaning there is an optimised tool for every job.”