Mammography was criticised by many due to a study published in 2011, but new evidence suggests it is key to early detection and diagnosis of breast cancer 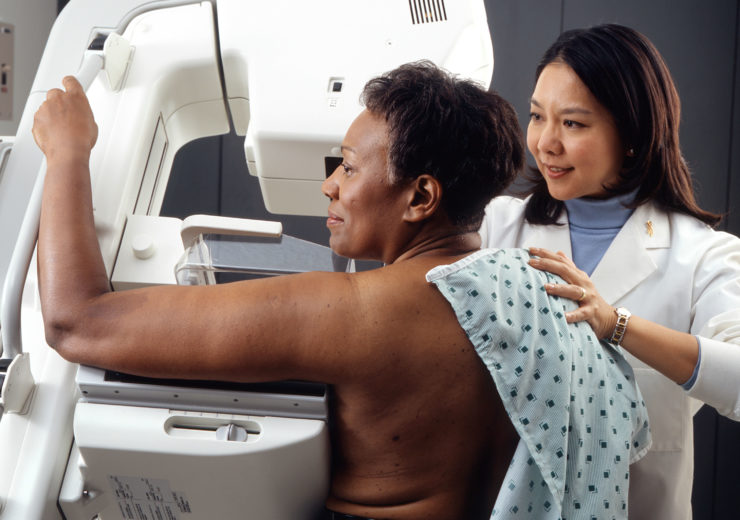 A team of international researchers has developed a new methodology that can better determine the mortality risk associated with the combination of early breast cancer detection and diagnosis through screening and stage specific therapy. Practical Patient Care writer Sally Turner talks to the project’s leaders about the important findings and implications of the study.

The piece triggered fierce debate, with some critics of screening even suggesting that mammography may do more harm than good.

Since then, hardly a year has gone by without a new mammography controversy.

The team behind the recent 2018 study believes the 2011 conclusions were incorrect and at odds with most of the global evidence on the efficacy of mammography.

The new research was funded by the American Cancer Society; Professor Robert Smith is the organisation’s vice-president of cancer screening and is a member of the Swedish Organised Service Screening Evaluation Group (SOSSEG) that initiated the study

He says: “The conclusion from this study was made on the basis of a deeply flawed analysis comparing trends in registry data in six European countries.

“The research team broke elementary epidemiological rules for an analysis like this – most importantly having no data on whether women had been screened or not, and by not isolating deaths from breast cancer in the evaluation period that had been diagnosed before screening was available.”

Now, eight years on, conjecture surrounding the issue may finally be put to rest by new methodology developed by the SOSSEG – the team of scientists gathered in Sweden to produce a new report on the benefits of mammography screening during an era when breast cancer treatment has been improving.

The study of more than 50,000 women, published in November 2018, has determined that those who participate in breast screening have a significantly greater benefit from modern treatments than those who are not screened.

This vast difference in outcomes was observed despite the fact that each woman with breast cancer had access to the same state-of-the-art therapy that was appropriate for her disease stage at diagnosis.

Those diagnosed with breast cancer received stage-specific treatment in line with the latest national guidelines.

Led by Dr Laszlo Tabar, of Falun Central Hospital in Sweden, researchers used an innovative method to fully evaluate the impact of mammography screening on death from breast cancer.

“We developed the method for examining the incidence of breast cancers each year that eventually were fatal within 10 and 20 years with women’s participation, or lack thereof, in mammography screening.”

Essentially, for every year over the 58-year period, the team measured two variants – attendance to screening and diagnosis of breast cancer in that year.

He says: “We then measured the incidence of breast cancer death at 1–10 years and 11–20 years after that year of diagnosis.

“We know that there have been advances in treatment, and conventional approaches to evaluating long-term outcomes associated with breast cancer screening have been challenged to disentangle the effects of screening and treatment.

“In this case, in any given year, women will receive the standard therapy for their stage of diagnosis, regardless of whether their breast cancer was diagnosed by screening or not.”

The international team behind this new mammography study

Developing this new methodology was a demanding process.

Assembling such a large and unwieldly dataset was complicated, as data had to be drawn from hospital records and vital statistics, and then carefully scrutinised for accuracy and continuity.

Tabar says: “Determining the correct population denominator was a key challenge, but successful cooperation between the programmers of the hospital information systems and our biostatisticians solved this complex problem using our prospectively collected and stored data.”

A diverse group of experts from Europe, Asia and the US collaborated on the study and all agree that the benefits it reveals are down to the fact that screening detects cancers at an earlier stage – this makes for a far better prognosis, as the earlier cancer is diagnosed the easier it is to administer effective treatment.

The team have worked together for more than 20 years, evaluating the effectiveness of mammography screening, participating in ongoing debates about its effectiveness and identifying strategies that produce better outcomes.

The ‘unique and very complete data’ from the Swedish study offered an opportunity to apply a new methodology with the potential to offer greater clarity on screening statistics for clinicians, patients and the public.

Smith is keen to explain why the new methodology is so important.

He says: “The findings clearly and simply compare the outcome of participating in mammography screening compared with not participating.

Countering the critics of mammography scans

The new methodology comes in the wake of years of anti-mammography campaigning, and supports other strong evidence regarding the importance of organised nationwide breast screening.

Since the contentious 2011 study, the UK independent review of breast screening has concluded that the process has indeed reduced mortality from breast cancer, and the International Agency for Research on Cancer’s comprehensive report draws the same conclusion.

Professor Stephen Duffy, a senior author of the new methodology, confirms this point.

He says: “Most organisations conclude that the benefits of screening outweigh the harms.

“The ‘harm’ that has the highest public profile is overdiagnosis, and estimates of this vary widely.

“However, those estimates that fully take into account complexities such as changes in underlying incidence of breast cancer, and lead time from screening, find at best modest levels of overdiagnosis.”

Why screening is an important service for breast cancer patients

After many years of emphasis on the alleged ‘harms of screening’, the international team is keen to dispel misconceptions and extol the many benefits of screening.

Duffy says: “Harms represent a spectrum of adverse outcomes that range from minor to more serious.

“The most common ‘harm’ is being recalled for further evaluation – most women say that this is not a serious concern, although short-term anxiety is common and not surprising.

“A much smaller proportion of women undergoing screening will need to undergo a biopsy to rule out the presence of cancer.”

Tabar adds: “Of all the harms associated with breast cancer screening, the greatest harm comes from non-attendance.

“There is a need for educating women about the very real benefits of early breast cancer detection through mammography screening, which results in a significant decrease in advanced breast cancers.”

He cites the key benefits as a significantly lower risk of dying from breast cancer, fewer mastectomies and a higher frequency of breast conserving surgery, and fewer patients requiring more severe forms of adjuvant therapy – a method used after the initial cancer treatment to suppress secondary tumour formation.

Tabar says: “The list of the benefits of breast cancer screening is much longer.

“My personal opinion is that the complex issues surrounding breast cancer screening require subspecialisation by the professionals – including radiologists, pathologists and surgeons.

“Keep in mind that screening radiology is not for every radiologist.

“Likewise, the use of large format histopathology should be a must for optimum imaging-histopathologic correlation interpreted by pathologists with special training and interest in diagnosing breast diseases.

“The detection of an unprecedented number of non-palpable breast cancers challenges the diagnostic and therapeutic teams, offering multiple avenues for high-quality research.”

Breast cancer screening is recommended by many countries and the SOSSEG researchers hope their findings will instil greater confidence in regular screening, and demonstrate that regular attendance is more advantageous than many people appreciated.

What is the way forward for earlier diagnosis of breast cancer?

In the UK, the NHS Breast Screening Programme offers all women aged 50–70 a regular mammogram.

However, although participation rates average more than 70% nationally, they vary dramatically across the regions, with lower rates in economically deprived, inner-city areas.

There is a need to improve participation in breast screening programmes, particularly in socio-economically deprived areas.

Another 2018 study at Queen Mary’s, funded by Bart’s Charity, also indicated that breast cancer is still seen as ‘a white women’s disease’.

The report references ‘the whiteness of the media coverage of breast cancer’.

Smith says: “Screening recommendations are designed to apply to most of the target population of women in a specific age group.

“Mammography is less sensitive in women who have such significant mammographic breast density that a breast cancer cannot be seen, and for these women supplemental imaging with ultrasound or MRI can overcome the mammography’s limitations in imaging very dense breast tissue.”

The same limitation applies to women with an inherited predisposition to developing breast cancer because their risk is higher at an earlier age, when breast tissue is dense, but also mammography is less sensitive than MRI in these women when they are older.

This is why most recommendations for women who carry a known or suspected mutation on a breast cancer susceptibility gene call for regular exams with MRI.

Smith adds: “We need to make sure these women receive personalised approaches to screening in order to ensure they have the same chance of benefitting from breast cancer screening as average risk women.”

Breast cancer and benign breast disease are both extremely complex, so no single imaging modality is capable of imaging tissue changes with optimal precision.

Tabar says: “In recent years, in addition to substantial improvements of mammography, there have also been significant developments in handheld and automated breast ultrasound, magnetic resonance imaging and interventional methods for more accurate multimodality diagnosis of breast diseases.

“Since the prerequisite for decreasing mortality from breast cancer is detecting the tumours in their early, asymptomatic stages, it would be hoped that high-quality mammography screening programmes could be offered in all countries.”

There is no doubt that introduction of multimodality imaging to breast cancer screening would improve the detection of even more cancers at an early stage.

However, as with most aspects of healthcare it all comes done to cost, and with the NHS in dire need of a funding injection it seems unlikely we will see this level of precision screening in the UK any time soon.

Smith says: “The single greatest priority we have is to improve upon the system of women getting regular high-quality mammography.”

This article originally appeared in Vol. 1 of the 2019 Practical Patient Care magazine.

Modern Health announces close of $31m series B round