US-based medical device manufacturers are said to be increasingly looking towards Europe to gain approval for their products because, they say, the system in the US is too slow. Medical Device Developments talks to Thomas Novelli, vice-president of government relations at the MDMA, and Eucomed chief executive John Wilkinson about the differences between the US and European approval structures, and investigates the position of the FDA. 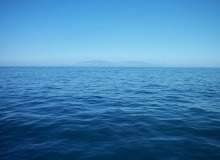 Medical Device Developments: Why is the US approvals process so much slower than its European counterpart?

Thomas Novelli: A leading factor has been a lack of predictability, certainty and reasonableness on behalf of the FDA. This has led many US-based innovators and manufacturers to either abandon or delay commercialisation in the US.

John Wilkinson: Dr Josh Makower, one of America’s leading medical technology entrepreneurs, led a study in 2010 that details how patients in Europe are getting access to new therapies an average of two years before patients in the US due to regulatory challenges at the FDA. The reasonable question has been raised as to whether greater regulatory efficiency in the EU has been achieved at the expense of patient safety, but all information available suggests that it has not been compromised.

Does the fact that the US requires firms to show that their products are effective make for a better devices and patient outcomes?
JW: No. The EU regulator approves a medical device based primarily on safety, not clinical efficacy. The view in Europe is that the regulator should not be determining clinical efficacy – that should be in the hands of the doctor.

It has been suggested that the cost of getting a product approved in the US has been a barrier in these tough economic times. Would you agree?

TN: Despite difficult economic environments, medical device manufacturers have historically been strong. Although the cost of getting a product through US approval is high, it is the lack of certainty and predictability from the FDA that has created the biggest challenge. With these types of environmental factors, venture capitalists and other investors have been reluctant to invest in a process with an uncertain end.

Research conducted by AdvaMed has concluded that Europe experiences a similar level of recalls as the US. Does this prove that the US approvals process is over-burdensome?

TN: The research supports the argument that the US structure has become increasingly burdensome. In Europe, many of the US-based technologies being used boast an outstanding safety record, in spite of the differences between the two approval structures.

"It’s important to note that although the US system is arduous, another report concluded that the annual rate of recall for 510(k) products is around 1.3-1.5% a year for the first four years post-clearance, falling to around 1% for post-market years five and six."

However, it’s important to note that although the US system is arduous, another report concluded that the annual rate of recall for 510(k) products is around 1.3-1.5% a year for the first four years post-clearance, falling to around 1% for post-market years five and six. In other words, almost 99% of first, second and third-generation (and so on) products are not subject to a recall. Unfortunately the FDA has failed to promote this exceptional safety record.

Figures show that, when taking pre-market approval into account, devices enter the European market four years ahead of the US. Why is this?

TN: The FDA’s requests to companies have become increasingly uncertain and unclear. In many cases, companies have met predetermined benchmarks agreed to by both them and the agency, only to have the goalposts moved during the process. The FDA has, in many cases, required information from companies outside the scope of what is actually required for the product to be cleared or approved, thereby increasing the time it takes to bring a product to market. This has led investors to rethink – and increasingly forego – investing in products that would be commercialised in the US. Alternatively, where Europe was once viewed as a secondary market, more companies now consider it to be the initial point of entry.

JW: The current EU regulatory system makes innovative medical technology available to people at the fastest rate in the world while ensuring the highest safety standards. We are currently in the process of revising EU medical device legislation, and we believe that the current concept of decentralised oversight must remain. The notified body-based system needs improvements in implementation, but the system does not need a major overhaul. The regime of certification with CE marking has given patients and consumers in Europe the fastest access to the most innovative devices with the highest quality and safety standards in the world.

The FDA requirement that a device must be proved effective and not just safe is said to be the leading cause of delay. However, does this additional clinical analysis mean the US process is more robust?

TN: While some may claim that the effectiveness and safety requirement leads to further delays, this does not explain why there has been an increase in the number of companies no longer pursuing the FDA approval process. The FDA needs to do a better job of explaining why its system is so robust, and championing the fact that they have an outstanding safety record in approving medical devices.

Has there been a move by US-based manufacturers to relocate their R&D operations?

During this time of reduced capital investment and increased regulation, is there a risk that innovation in the US will be stifled?

TN: There is and will continue to be a strong disincentive to commercialise products in the US in the current environment. US-based innovations will continue to be available to Europeans and other non-US residents before US citizens. As long as venture capitalists and other investors have a greater sense of uncertainty in the pre-commercial process for medical devices, they will naturally progress towards investments (and consequently regulatory systems) where there is more stability, clarity and predictability on an ultimate endpoint.

The US approach means that devices are regulated by one agency following approval, unlike the European model which, it has been suggested, is fragmented. Can Europe learn from this approach?

JW: We have outlined our proposal for shaping a renewed legislative framework for medical devices in Europe in a position paper. We recognise the need to modernise and strengthen current medical device legislation in Europe, and believe this should be done by coupling enhanced member-state engagement with better European science-based coordination and management of the regulatory system.

"We call for a legal framework that provides a consistent regulatory approach through the improved coordination, evaluation and certification of medical devices EU-wide."

The proposed changes should lead to a smart and efficient legislative framework that is consistently implemented across the EU, and guarantees high-quality healthcare, patient safety and rapid access to the latest value-based medical technologies. At the same time, the suggested framework will encourage research and innovation, and reduce administrative burden, in particular for the small and medium enterprises that form the backbone of the medical technology sector.

We call for a legal framework that provides a consistent regulatory approach through the improved coordination, evaluation and certification of medical devices, EU-wide: consistent and comprehensive implementation across all EU member states as well as efficient vigilance and market surveillance systems. Europe needs smart regulation that makes efficient and effective use of existing resources and involved structures (the European Commission, competent authorities, notified bodies and industry) to retain a simple, adaptable and highly efficient system.

Is there a risk that the reauthorisation of the US Medical Device User Fee and Modernization Act in 2012 will lead to additional regulatory requirements that will hinder the US approval process further?

TN: There is always a risk but Congress seems to believe that there are problems with the current culture at the FDA, and will hopefully act accordingly. It is also important to note that despite the sharp increase in problems at the regulator, there has not been a change in either the laws or regulations governing it. Congress must recognise that the current regulatory environment is not favourable to improving patient access to innovative medical care.

Some industry analysts have called on Congress to reassess the FDA’s mission. Do you believe that the issues facing the regulator are as fundamental as that?

TN: The problems at the FDA tend to be more cultural than anything else.
If the culture does not change, it is likely that we will continue to see a shift away from further investment in the US medical technology market.

Could US and European authorities work more closely to ensure regulations are streamlined, and to bring greater transparency and clarity for device makers and their end-users?

TN: Perhaps; both regulatory bodies stand to benefit and learn from the others in terms of regulatory schemes and actions that are successful, and those that are not.

JW: The EU and US authorities do work closely together. Furthermore, in March 2011, the regulatory authorities of the Global Harmonisation Task Force decided to set up a ‘regulator-led harmonisation and collaboration group’. In early October 2011, the World Health Organization and representatives from the medical device regulatory authorities of Australia, Brazil, Canada, China, the EU, Japan and the US discussed the establishment and operation of a new organisation, the International Medical Device Regulators’ Forum. In time, this organisation will replace the Global Harmonisation Task Force.

"Significant damage has been done to the innovation ecosystem in the US."

The forum’s management committee, comprised of regulatory officials, will provide guidance on strategies, policies, directions, membership and activities. Furthermore, the management committee will oversee ad-hoc working groups, which may draw on expertise from stakeholders including the industry, academia, healthcare professionals, and consumer and patient groups.

What are the challenges facing regulators over the next 18-24 months?

TN: The biggest challenge will be to bring greater balance to a process that may have shifted too far from a balance of adequately weighing risk and benefit. At the same time, significant damage has been done to the innovation ecosystem in the US. In many cases, investors in healthcare products in the US have left the healthcare space altogether. Instead, they are focusing investments on more predictable markets like web-based products and other technologies. US regulators have a significant challenge in front of them in order to re-establish trust with patients and innovators to ensure that undergoing a product review is a predictable and timely process. Otherwise, the current trend will continue.