Innovation in the field of electronics means that the capabilities of medical devices are increasing. Their size, however, seems to be consistently contracting. In this special report, we speak to Michael Neuman of Michigan Technological University, and review the latest developments in miniaturisation, and their impact on ease of use and portability in medical devices. 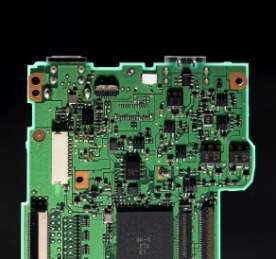 Look at any market for electronic devices and it is apparent that smaller is generally seen as better. Miniaturising a device makes it more portable and, in most cases, easier to use. Look in more depth and it is clear that as devices get smaller, they tend to become more sophisticated, as innovative components enable more functionality to be packed into a smaller space.

This trend is clearly definable in the mobile phone and PC markets, and it is just as noticeable within the medical device industry, where there are many examples of pieces of equipment that were once bulky and cumbersome, which have now become hidden or even implantable.

"There are many areas in which miniaturisation is a priority, and sensing is one of the most important," says Michael Neuman, professor biomedical engineering, at Michigan Technological University. "The process of measurement must not change the result, and smaller devices interfere less with the physiology that is being measured. That is especially important for implants; the smaller they are, the less trauma there is for the patient and the less change there is in the physiology.

"Also, you often find that people don’t like using or wearing a device that calls attention to the patient," he adds. "They may not want to appear to need an assistive device. The appearance of a device may weigh heavily on some people."

Neuman’s research covers biomedical sensors and instrumentation, physiological measurement and perinatal medicine. As part of his broad range of projects, he has worked on an innovative pH sensor that is placed on the head of a baby during labour. Using the device requires the cutting away of hair on some babies and a small incision being made to implant the sensor.

"Smaller devices interfere less with the physiology that is being measured. The smaller they are, the less trauma there is for the patient and the less change there is in the physiology."

"Mothers seem more concerned about the missing hair than about the incision, so it is clear that in many areas of medical science, appearance matters," says Neuman. "It is a factor that must be considered by designers of medical devices when they are creating the next generation of technologies."

The drive to achieve better results, along with the intention to make devices less visible and more portable, has led to many innovations, resulting in smaller devices that have enhanced functionality, yield richer and more-reliable information, and are less cumbersome. A prime example of these trends is hearing aids, which were once very bulky and burdensome, and as a result were clearly visible.

"I wear hearing aids and I remember when the electronics for those devices had to be carried in a pocket, with wires leading out to the earpiece," remarks Neuman. "Now, the whole thing fits in the ear canal and people cannot see the device as easily.

"There is a similar story with the Holter heart monitor. The original device clipped onto the belt and was fairly big. It was connected to electrodes on the patient’s chest to monitor cardiac activity for up to 48 hours. Now, we have small devices that can be implanted under the skin and stay in for at least a month. They can also transmit data wirelessly."

Implantable loop recorders have revolutionised cardiac monitoring. These devices, which are smaller than a pack of chewing gum and sit just under the skin of the upper chest, record ECG data that helps doctors identify abnormal heart rhythms. One of the key features of the latest versions of this device is the ability to access that data wirelessly.

In the last few weeks, the US Food and Drug Administration (FDA) has approved the Sorin Group’s SMARTVIEW system, which remotely monitors patients with implanted cardiac-rhythm-management devices. Devices of this kind are prime examples of how pacemaker-related technology is taking great leaps forward through miniaturisation, not only by making devices smaller and, therefore, implantable, but also by making them sources of much richer data, which can lead to better patient outcomes.

In the last few years, radio frequency identification (RFID) technology has also been adapted to work with cardiac-monitoring systems to help track at-risk patients and the equipment needed for their care.

"A clinical study on the wireless monitoring of hospital patients is now looking at a patch on the skin that is smaller than an implanted device but does not need to be put inside the patient," says Neuman. "It is not wired to the monitor, so it does not restrain the patient. There are also now RFID devices that can be very useful for localised measurements and can be easily worn by patients. Some even have a range of up to 1.6km and have been made so small that they can be implanted in animals to manage them on farms. Trials on humans have started, but there are some ethical issues to address."

"I remember when the electronics for hearing aids had to be carried in a pocket, with wires leading out to the earpiece.
Now, the whole thing fits in the ear canal."

Miniaturisation has brought about a step change in the capabilities of many medical devices, and will do so in the future. Its potential cuts across many fields of research, although there are some areas in which its impact could still be significant. One of those is cardiac monitoring, where innovation continues to improve functionality.

"The focus now is on anything that involves placing a device in the body, like Cochlear implants or pacemakers," says Neuman. "With these devices, the smaller you can make it, the more complex you can make it. For instance, a pacemaker the size of a pocket watch can now record data that a physician or a nurse can download and analyse. The device becomes a source of very important information, and you can also reprogramme the device while it is still inside the patient."

One key development in this area is an implantable pacemaker that can electronically alert a doctor if a patient develops a life-threatening arrhythmia. Given that the speed of response to a cardiac arrest is a crucial factor in the outcome of treatment, such technologies could have the potential to save a great many lives.

"The economic aspect is important, too, as the electronics industry can make tiny chips now that cost only a few pennies apiece," explains Neuman. "For instance, we bought 25 operational amplifier chips that run off flashlight batteries at 17¢ each. That is very inexpensive compared with what things cost when I started in this business. Back then, when we needed the equivalent technology, which used valves, it would cost thousands of dollars to carry out the same function.

"Another consideration is that a smaller device needs less power. It is now possible to use batteries that are recharged by electromagnetic waves. That could mean that a pad in the patient’s bed could be used to recharge the batteries in an implanted device while the patient is asleep," he adds.

The ability to recharge electronic devices is highly desirable for manufacturers of many types of device, from mobile phones to pacemakers. Inductive coupling technology, in which an electromagnetic field transfers energy from a transmitter to a receiver, could also have a major impact on the level of convenience of portable or implantable devices.

Furthermore, the technological principles are not new; they stem from English scientist Michael Faraday’s work in 1831 and Serbian-American engineer Nikola Tesla’s demonstrations of wireless power transmission in the early 1900s.

Radio charging can work with low-power devices at a range of up to around 10m, making it ideal for medical implants and hearing aids. Inductive charging, which requires coils in closer proximity, could also be viable for medical devices, just as it is for electric toothbrushes.

The pace of innovation is such that engineers are already talking about the possibility of reaching a limit in terms of how small electronic components can be. In practical terms, there is still a long way to go, but at some point, the electronics industry will come up against a theoretical wall.

"In engineering circles, there is always a lot of talk about Moore’s law, which states that the number of transistors on an integrated circuit doubles approximately every two years," says Neuman. "That happens because we make the components smaller, but the question is how far that can go.

"The drive comes from wanting devices to perform their function with fewer limitations on people."

"The barrier is reached at the smallest particle: the atom, the smallest particle of an element that is still the element. You can’t make a transistor that is smaller than an atom, and people are already working on single-atom transistors. However, people are also working on changing the structure of miniature electronic circuits from 2D to 3D, so that they are not just using a flat surface of silicon," he adds.

For now, miniaturisation is likely to set the tone for many of the innovations that will shape medical devices in
the future. Each step forward brings more advantages in terms of portability and functionality, but also raises questions about what can be done next. Creative minds immediately turn to these questions in order to find solutions, which generate the next wave of devices.

It is interesting to ponder where this constant drive for innovation comes from. Is it the case that device manufacturers build in natural progression on the most recent developments, or is innovation driven by what consumers, or in this case patients, need?

For Neuman, there is no single answer to this question. Many forces push the medical device industry to come up with smaller, more powerful devices with enhanced functionality. For patients and physicians, the drivers matter less than the outcomes, and they will no doubt continue to benefit from smaller, better devices in the future.

"I would say that development in electronics is both organic and demand-driven," he notes. "The profit motive plays a role. Manufacturers always want smaller devices. Look at the mobile phone, which now does far more than just enable phone calls. The demand for smaller devices comes from the ability to do more in a given amount of space.

"In the medical devices industry, the drive comes from wanting devices to perform their function with fewer limitations on people," he continues. "For instance, the industry wanted pacemakers that were implantable and entirely internal. They are safer from external interference and they give patients more freedom, more mobility," he adds.

In every part of the electronics industry, the goal is to make devices that are smaller and more powerful, to do more with less, and ultimately create devices that cost less, too, when they can be mass-produced."