Branching out the use of microfluidics to different areas is something that has been thought of for years, but now several new products and breakthroughs are making this idea a possibility. Professor Albert Folch, associate professor of bioengineering at the University of Washington and a specialist in microfluidics, talks to Medical Device Developments about his own work in the area of 3D printing microfluidic components, as well as other new trends. 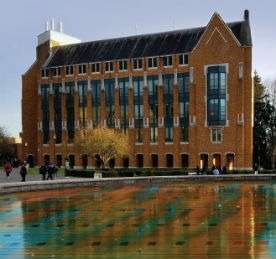 Microfluidics is still barely known outside the world of engineering and medical devices. The technology has yet to reach dinner-table conversation in the way that automation, 3D printing or medical imaging machines have. However, teams of researchers around the world continue to develop the practice as a science – and their discoveries are revealing a vast array of potential applications.

Microfluidics has become almost synonymous with the term for its biomedical uses, ‘lab-on-a-chip’, but its application to 3D printing has been less well known until very recently. Singaporean research published in 2015 noted that “even though microfluidics has been developing rapidly over the past decade, the uptake rate in biological research has been slow. This could be due to the tedious process of fabricating a chip and the absence of a killer application that would outperform existing traditional methods.”

The study, led by researchers from Nanyang Technological University, found that “in recent years, 3D printing has been drawing much interest from the research community. It has the ability to make complex structures with high resolution. Moreover, the fast building time and ease of learning has simplified the fabrication process of microfluidic devices to a single step.” They stated that this dynamism of 3D printing’s applications could possibly aid the field of microfluidics in finding the “killer application” that will lead to its acceptance by researchers, especially in the biomedical field.

In this spirit of changing up and creating new ideas and techniques for this young science, a group of scientists from the University of Washington has taken this idea and run with it. The team has developed new techniques for a polydimethylsiloxane (PDMS) device that involves 3D printing the devices with a new type of rubber polymer that could wipe hours of human labour off the development process, and deliver the product much more quickly and efficiently.

What this essentially means is that a type of polymer previously thought to be unviable in 3D printing has been used to develop new lab-on-chip processes that could be essential to future medical devices.

The question that must be asked is, if these devices are being developed so widely, what can be done with them? For now, it seems the marriage between microfluidics and 3D printing will open up a host of possibilities. So what are they and how exactly did we get here?

Albert Folch has been working in the fields of marrying science, engineering and genetics since the 1980s. He has worked in the laboratories of Seattle’s University of Washington School of Bioengineering since 2000, where he is an associate professor and works at the interface between microfluidics, neurobiology and cancer.

In 2016, he released a report about his breakthrough on the stereolithographic 3D printing of PDMS, a biocompatible transparent rubber for microfluidic components. The use of the polymer for this application was a world first, and could be revolutionary in the field of microfluidics. PDMS devices previously had to be fabricated by moulding using slow, expensive human labour, but thanks to this research, 3D printable PDMS resin is now available, and Folch hopes this will change medical device manufacturing.

Folch explains the research around stereolithographic 3D printing (a specific form of 3D-printing technology used for creating models that has been in use since the 1970s) of PDMS – what it is, the pros and cons of its applications, and how it will help with R&D and manufacturing for medical devices as a new horizon for medical device developers.

“PDMS is a very interesting material for many reasons – it is biocompatible, transparent, flexible, inert, impermeable to water, gas-permeable, and it is now copyright-free as its patent has expired,” Folch says. “The procedure to cast shapes in PDMS using moulds is very simple, can be learned in a few minutes, and has a very high fidelity down to nanometre-scale resolution. Because of all this, PDMS moulding has been the technique of choice for prototyping biomedical microdevices for almost two decades now.”

In more detail (and layman’s terms), PDMS is a form of silicone polymer. Its applications range from contact lenses and medical devices to elastomers; it is also present in shampoos (the dimethicone it contains is what makes hair shiny and slippery), food (as an antifoaming agent), caulking, lubricants and heat-resistant tiles. The compound is also widely used in a host of chemical-processing fields.

The team from the University of Washington presented their research on 3D printing PDMS at the Select Biosciences World Congress 2016 in San Diego and are eager to show how these sorts of developments could disrupt the industry in a positive way. This is because the use of 3D printing in microfluidics will allow greater design efficiency in projects – like modular 3D designs, greater 3D complexity, personalisation at little extra cost and in-silico testing of designs before they are even printed – and greater fabrication efficiency, with assembly-free and automated fabrication, zero lead time, reduced waste and zero unsold inventory. “All these elements are virtually absent in PDMS moulding, and that’s the reason why PDMS devices are notoriously expensive to share and commercialise,” Folch adds.

The future is 3D-printed

3D printing and microfluidics are two areas people might not necessarily put together, but Folch explains that there is a very clear relationship between them.

If we want cheap microfluidics, we need to shift our thinking and ditch PDMS moulding.

“It’s very simple: we need a cost-efficient alternative to PDMS moulding. Society demands more efficient, cheaper and smaller instruments, which in biomedicine often calls for the use of microfluidics,” he says. “Until now, microfluidic devices were almost always fabricated by PDMS moulding, which requires manual, lengthy procedures that make PDMS devices very expensive to commercialise. So if we want cheap microfluidics, we need to shift our thinking and ditch PDMS moulding.”

Folch and his team’s work has focused on comparing the salient features of PDMS moulding with those of 3D printing, and gives an overview of the critical barriers that have prevented the adoption of 3D printing by microfluidic developers, namely, resolution, throughput and resin biocompatibility. Folch believes these critical barriers were an issue in the past, and have now been largely overcome, but niggling issues persist.

“Simply stated, the salient features of PDMS moulding and biocompatibility means that 3D printing is not quite there yet,” he says.

“If you buy a 3D printer today,” Folch continues, “You will notice that it is slow, that it will not print features at the same small size as PDMS moulding and, worse yet, you cannot use most resins for making devices that come into contact with cells because it will kill those cells. Therefore we need to focus on the development of biocompatible resins. We have developed a polyethylene diacrylate (PEG-DA) resin that has excellent characteristics; we can even culture neurons on 3D-printed petri dishes. And we have also developed a PDMS resin that is very promising.”

While we may not be 100% there yet, achieving super quick, adaptable 3D-printed polymers is not far off. The rate at which these breakthroughs are happening is fast, and the likes of Folch’s research suggest there will soon be a way to achieve many of the goals of marrying 3D printing and microfluidics.

But this raises the question of where this leaves us and, more importantly, what uses the medical device manufacturing sector can get out of this technology.

“We try to keep our focus on disruptive applications and, to me, the most disruptive of all is portable automation – that is, the ability to produce microfluidic diagnostic assays that are as portable and intuitive to use as a smartphone,” says Folch. Some might argue that paper microfluidic assays have achieved that, but we see paper devices as a very limited subset of what microfluidic devices can do and we dream of devices that would potentially have timers, hundreds of valves, sieves to capture cells and chambers to process their contents – all hidden from the user except for the result. An example could be a disposable ELISA assay on a plastic device that, on the palm of your hand, processes a drop of blood and tells you the levels of B-type natriuretic peptide (BNP), an indicator of heart failure.

FDA specifies that the reason 3D printing is so great in the first place is because “the flexibility of [it] allows designers to make changes easily without the need to set up additional equipment or tools.” With this in mind, Folch’s team have made a breakthrough that could lead to new examples of this.

“It also enables manufacturers to create devices matched to a patient’s anatomy (patient-specific devices) or devices with very complex internal structures. These capabilities have sparked huge interest in 3D printing of medical devices and other products, including food, household items and automotive parts,” FDA’s guidance continues. All of which Folch’s team and other scientists hope to build on.

3D-printed microfluidics are in a pivotal place where they can be become integral to the development of medical devices (especially in the biomedical field) – a labour, resource, money and time-saving initiative that could help bring products to the mainstream. All that is holding them back is the key product to get them there.