In 2012, the US Food and Drug Administration issued a Q&A document offering guidance on pyrogen and endotoxins testing for biological product, drug and device manufacturers working within the North American market. Medical Device Developments brings you the information most pertinent to device companies. 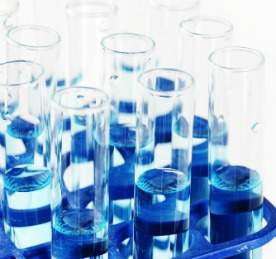 For more than 30 years, the US Food and Drug Administration (FDA) has accepted the use of a limulus amoebocyte lysate (LAL) test for endotoxins in lieu of the rabbit pyrogens test. In a Federal Register notice (42 FR 57749) of 4 November 1977, the FDA described conditions for using LAL as a finished product test. By 1983, the FDA had indicated in guidance that an LAL test could be used as a finished product test for endotoxins. These tests were described in a series of draft and final guidance documents. The last guidance document, ‘Guideline on Validation of the Limulus Amebocyte Lysate Test as an End-Product Endotoxin Test for Human and Animal Parenteral Drugs, Biological Products, and Medical Devices’, was published in 1987 (‘the 1987 guidance’).

The FDA has found that the published US Pharmacopeia (USP) and Association for the Advancement of Medical Instrumentation (AAMI) documents describing methods and calculation of pyrogen and endotoxins testing limits provide industry with the appropriate information. It also noted the continued development of chapters 85 and 161 of the USP and of FDA guidance documents. The agency has now withdrawn the 1987 guidance because it no longer reflects the agency’s current thinking on the topic. However, because the published chapters and standards do not address certain regulatory perspectives, it is providing supplemental information to explain current thinking on the submission and maintenance of pyrogen and endotoxins testing for FDA-regulated products.

How do I establish a sampling plan for in-process testing and finished product release?

The current good manufacturing practice (GMP) regulations for finished pharmaceuticals and the medical device quality system regulations require the development of controls that include scientifically sound and appropriate sampling plans.

When is re-testing appropriate?

When conflicting results occur within a test run, firms should consult USP chapter 85, ‘Gel Clot Limits Test, Interpretation’, for guidance on repeat testing. As specified in this chapter, if the test failure occurred at less than the maximum valid dilution (MVD), the test should be repeated using a greater dilution not exceeding the MVD. A record of this failure should be included in the laboratory results.

If a test is performed at the MVD and an out-of-specification test result occurs that cannot be attributed to testing error, the lot should be rejected. All testing procedures, including those for re-testing within the above limits, should be specified in advance in written standard operating procedures approved by the firm’s quality control unit.

Can finished product samples for analysis of bacterial endotoxins be pooled into a composite sample prior to analysis?

Finished medical devices may be pooled into a composite sample and assayed for bacterial endotoxins. Testing for medical devices should be conducted using rinsing/eluting and sampling techniques as described in ISO 10993-1 and ISO 10993-12, as also used for inhibition/enhancement. Sampling can be adjusted for special situations. After a suitable eluate/extract pool is obtained from a finished production lot, this pooled extract should be kept under conditions appropriate for stability until it is tested in duplicate.

What is the best process for transitioning from one alternate bacterial endotoxins test (BET) method to another?

The transition between tests that measure the same entity (for example, LAL cascade) can be made by comparing the two tests to verify the equivalence of the new method. The comparison of the limit of detection and inhibition/enhancement is fundamental. The sensitivity of the new method can be evaluated on spiked product samples. In addition to using spiked samples, a battery of field samples of product found to be positive may be a good source for comparing results from the methods. The method validation should also attempt to address the variability found in the normal use of the method and the manufacturing environment (for instance, in terms of source materials or seasonal changes).

Manufacturing changes for Class I and II devices should be in accordance with the quality system regulation
21 CFR part 820. Design control, production and process-control requirements can be found at 21 CFR 820.30, 21 CFR 820.70, 21 CFR 820.72 and 21 CFR 820.75. For devices, a 30-day notice may be appropriate for changes to quality-control testing used on incoming components, raw materials, the in-process device or the finished device, including performing end-product pyrogen testing on non-sterile samples prior to sterilisation.

Manufacturers of medical devices should demonstrate a sensitivity that is consistent with the route of administration for the device and the type of body contact. Manufacturers may use another endotoxin test after demonstrating a reproducible correlation between methods and the USP reference standard.

What happened to the endotoxins limit table in Appendix E of the 1987 guidance?

The endotoxins limit table is out of date due to the increase in numbers of dosage (regimes) and drug strengths since the publication of the 1987 guidance. The appropriate way to establish the endotoxins limit is to use the calculation methods provided in the USP or AAMI standards. Monograph limits may also not account for current product strengths or dosage regimes; these should also be checked using the calculations recommended in the standards.

When is the USP chapter 151 pyrogenicity test (the rabbit pyrogen test) appropriate?

Bacterial endotoxin assays are subject to a variety of interferences related to the physical and chemical properties of the test article. Where such interferences cannot be mitigated through sample dilution (up to the MVD) or other validated means of sample preparation, firms should use the rabbit pyrogen test.

What are the endotoxins limits for medical devices?

The US Center for Devices and Radiological Health has adopted the USP’s endotoxin reference standard and limits for medical device extracts expressed in EU/ml. USP chapter 161 ‘Transfusion and Infusion Assemblies and Similar Medical Devices’ provides the limits for medical devices within its scope. The endotoxins limit for a medical device is dependent on the intended use of the device and what the device has contact with (such as blood, the cardiovascular system, cerebrospinal fluid, intrathecal routes of administration, permanently implanted devices and devices implanted subcutaneously).

For medical devices, using the extraction volume recommendations described below, the limit is 0.5EU/ml or 20EU/device for products that directly or indirectly contact the cardiovascular system and lymphatic system. For devices in contact with cerebrospinal fluid, the limit is 0.06EU/ml or 2.15EU/device. For devices that are in direct or indirect contact with the intraocular environment, a lower endotoxins limit may apply. Please contact the appropriate review division for specific recommendations.

The process of preparing an eluate/extract for testing may vary from device to device. Some medical devices can be flushed, some may have to be immersed, while others may need disassembly. Unless otherwise directed by another published standard, our recommended rinse volumes include the following:

The endotoxins limit can be adjusted accordingly. In any case, the rinse/extract procedure should not result in a greater dilution of endotoxin than that recommended in USP Chapter 85. For inhibition/enhancement testing, both the rinse/extract solution and the device eluate/extract should be tested.

"Examples of medical devices with testing or interference challenges include devices that are coated with anticoagulant, contain heavy metals or have particulates."

Examples of medical devices with testing or interference challenges include devices that are coated with anticoagulant, contain heavy metals or have particulates. In these situations, treatment for interferences can include digestion, dilution and addition of buffers, centrifugation or filtration.

During the same surgical procedure or placement in the same surgical site, multiple units of the same device from one manufacturer should generally meet the same endotoxins limit as a single device administered during the procedure. In instances where multiple units of the same device are known or intended for use in a single procedure, manufacturers should justify any deviation from the overall endotoxins limit identified in this guidance.

When a manufacturer of medical devices plans to use LAL testing that deviates significantly from this guidance or recognised standard, a premarket notification (510(k) under section 510(k) of the US Federal Food, Drug, and Cosmetic Act) or a premarket approval application supplement under section 515 of the act should be submitted. Significant deviations include, but are not necessarily limited to, higher endotoxins concentration release criteria, sampling from fewer than three lots for inhibition/enhancement testing, lesser sensitivity to endotoxins, and a device-rinsing protocol resulting in the greater dilution of endotoxins than that recommended in this guidance.

Are control-standard endotoxins still acceptable for use in running bacterial endotoxin tests?

Control standard endotoxins (CSEs) are endotoxin preparations other than the international or national reference standards that are traceable in their calibration to the international reference endotoxins standard. CSEs may be secondary or tertiary standards, and are usually manufactured and certified by an LAL reagent manufacturer for use with a specific lot of reagent under defined assay conditions.

CSEs have become an accepted source for preparation of standard curve calibrators and as assay controls, and have provided a cost saving to LAL users and helped to preserve the inventory of primary standards. The FDA encourages the continued use of CSEs that are suitably calibrated to the international reference endotoxins standard.