China's medical device market is experiencing a period of surging growth. GlobalData reports on the key trends and opportunities in the country up to 2017. 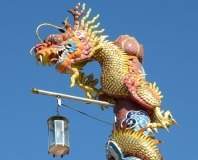 According to ‘China Medical Devices Industry – A Market Snapshot and Key Company Profiles’, a report from market analysis company GlobalData, the Chinese medical device industry grew at a CAGR of 8.9% over the past seven years, which is higher than the growth rate of the medical devices markets in many developed economies. As a result, it is currently ranked second in the Asia-Pacific region and fourth globally in terms of revenue.

"Foreign multinationals dominate the capital and technology-intensive markets such as cardiovascular devices and imaging technology."

On the other hand, local manufacturers enjoy a strong presence in markets such as wound-care management, surgical equipment and in vitro diagnostic reagents, specifically in the less technology-intensive areas such as the manufacturing of disposables, bandages and surgical instruments. A healthy reversal of this trend is gradually being seen, with the growing presence of Chinese companies – such as Mindray Medical International, Shandong JW Medical Products Co, Shandong Weigao Group Medical Polymer Company and Neusoft Medical Systems – in highly technological intensive segments like cardiovascular equipment, diagnostic imaging devices and healthcare IT.

In November 2008, the Chinese Government announced an overall fiscal stimulus package of approximately 6 trillion yuan, out of which around 850 billion yuan was earmarked for healthcare stimulus. In 2009, it announced a five-point reform programme covering: the establishment of a medical security system; reforming pharmaceutical distribution and pricing mechanisms; the penetration of healthcare at a grass-roots level; restructuring public healthcare institutions; and encouraging private partnerships in public healthcare institutions.

The Chinese Government will invest nearly $120 billion over the next three years to implement the reforms at various levels. These changes, which mainly focus on improving the healthcare infrastructure, are expected to increase the size of the Chinese healthcare market by 12-15% annually in the coming years.

China has a population base of 1.3 billion and offers a labour force in excess of 800 million, more than five times the labour force of the US in 2009 (150 million). Of the 800 million, about 60% are employed in sectors that are technology intensive, providing a huge pool of skilled workers at comparatively cheap cost. The remaining 40% of the workforce is employed in agriculture or related activities where the application of technology is relatively low. These workers contribute to a pool of seasonal migratory workers with a relatively lower set of skills.

Critics of the healthcare reforms have pointed to some potential flaws that may hamper the full positive impact of the policies. A few of these are:

– Although the government announced a subsidy of 120 yuan per capita, this is much less than the per capita total healthcare expenditure of 1,400 yuan in 2010. Therefore, despite the reforms, the general public has to bear the majority share when it comes to payment of medical bills. As a result, the healthcare reforms may not significantly change the healthcare spending trend of the Chinese population.

– The reforms require the patient to pay for their medical bills and doctors visits upfront, which get reimbursed later. This is a problem for the poor and middle-class segments of the population, who can find it difficult to pay huge medical bills all at once, discouraging them from visiting healthcare institutions.

– China’s significant migrant rural population does not qualify for state welfare programmes and healthcare services. Bringing them under the umbrella of these healthcare reforms is a major challenge for the government.

According to a report by the Canadian Foreign Affairs and International Trade Center, there are more than 13,000 Chinese medical device manufacturers. In addition to this, there are significant numbers of foreign manufacturers dominating the high-technology medical devices market. As a result of such intense competition, it is very difficult for any manufacturer to gain a significant market share in any segment.

"As a result of such intense competition, it is very difficult for any manufacturer to gain a significant market share in any segment."

Since the organic growth in such an intensely competitive market is very slow, many companies are taking the route of inorganic growth through mergers, acquisitions and joint ventures.