Slippery customers: the ins and outs of lubricious coverings

There is a pressing need for low-friction, durable and cost-effective coatings to bring relief to the millions of patients who depend on catheterisation for bladder drainage. Nicola Irwin, inventor and principal scientist at Uroglide Coatings, considers the ins and outs of lubricious coverings. 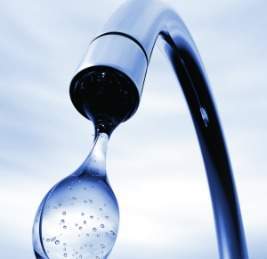 According to the World Health Organization, more than 200 million people worldwide currently live with bladder control problems, many of whom require urinary catheters. The latest research also suggests that a quarter of all in-patients will receive one of these devices at some point during their stay in hospital.

The modern, lubricious prostheses, which are inserted with relatively little discomfort into the bladder via the urethra, evolved from devices that caused significant urethral damage, inflammation, bleeding and subsequent increased risk of infection.

This has in large part been due to the widespread adoption of glycerine and silicone-based lubricants. Devices to which they have been applied can, however, be difficult for patients and carers to manipulate and the lubricated layer is only loosely bound to the device surface, and lacks the durability to withstand insertion.

A more promising alternative involves coating the catheter tubing with a thin layer of hydrophilic polymer, such as polyvinyl pyrrolidone (PVP). This is activated to a lubricious state by soaking in water or saline solution, or by bursting a hydration compartment within the packaging prior to insertion of the catheter. The slippery coating then eases ingress as desired, but rapidly dries out and is readily lost from the surface, returning the catheter to the prehydrated or uncoated state, making catheterisation potentially painful and difficult.

Consequently, a pressing need exists for a low-friction, durable and costeffective coating to bring relief to the millions of patients who depend on catheterisation for bladder drainage.

Dr Nicola Irwin and her team at Queen’s University Belfast, with support from Invest Northern Ireland were looking to develop such an option in the laboratory. One of seven technologies recognised with a 2015 Enterprise Fellowship by the Royal Academy of Engineering, the goal was to:

Short-term catheterisations are currently performed for a range of diagnostic and therapeutic purposes, including the emptying of the bladder prior to, during, and after surgical procedures; facilitating bladder drainage during periods of physiological or anatomical urethral blockages by stones, blood clots or strictures; obtaining uncontaminated urine samples; and obtaining accurate measurements of urinary output.

Alternatively, patients with poor control over their bladder – for example, those with incontinence or urinary retention problems caused by spinal injury, chronic disease or neurogenic bladder disorders – may require catheters for long-term bladder drainage.

"There is an urgent need to develop new technologies that extend the time catheter coatings remain hydrated and ensure effective lubrication of the urethra throughout the entire process."

Three major approaches exist for bladder drainage via catheterisation. The first and most widely employed is intermittent self-catheterisation (ISC), which involves temporary, single-use, intermittent devices. These are inserted as required by the patient, their carer or a healthcare professional, and removed after the voiding of urine from the bladder (typically between six and eight times a day), before being discarded.

The second method is known as in-dwelling catheterisation and involves a Foley device remaining in the bladder for up to four weeks, held in place by a balloon inflated with sterile water. Urine drains into a collection bag, which is emptied approximately twice a day.

The final method is male external, or condom, catheterisation, where the sheath-like device drains into a urine collection bag, which is emptied as required.

The global urinary catheter market was valued at $1.66 billion in 2013 and is predicted to reach $2.37 billion by 2020, due to the many needs associated with a steadily growing population.

More patients surviving spinal injury accidents, an aging population and the increasing incidence of chronic diseases and urological conditions have added to the need for related products. As quality-of-life expectations continue to rise, an improved healthcare infrastructure and the increasing availability and choice of devices will be needed to help meet these demands.

Although the largest market for urinary catheters is currently North America, closely followed by Europe, the Asia-Pacific region is expected to experience rapid growth over the next decade. This surge is primarily driven by markets in China and India, as a result of economic development, an aging population, and the increased awareness and improved treatment of urological conditions. A notable trend within this growing market has been the increasing adoption of ISC devices over the alternative in-dwelling catheterisation products.

Intermittent catheters are increasingly preferred to in-dwelling and external approaches, due to their lower risk of infection and the associated problems of blockage, urine leakage and bladder spasm. Intermittent insertion and removal, and the absence of external urine collection bags, also provides patients with a greater degree of independence. In addition to patient preference, the issue of reimbursement from healthcare providers has fuelled the drive towards single-use ISC products. In April 2008, the Centers for Medicare and Medicaid revised increased their catheter reimbursement policy from four to 200 intermittent devices, per patient, per month.

Shortly afterwards, funding was ceased for the treatment of device-related infections, triggering many healthcare providers to switch users from in-dwelling to ISC catheters.

There are currently around 300,000 intermittent catheter users in the US alone, with this product type now holding the largest share of the homecare urology market. Annually, more than 600 million intermittent catheters are sold worldwide which, in financial terms, equates to a market currently valued in excess of $800 million.

A continuing problem with many coated intermittent catheters is the relatively short amount of they remain wet once hydrated. As they dry out, they become tacky, and patients typically have a window of up to ten minutes in which to insert, use and extract a device before removal becomes difficult and painful. This brief period of lubricity is often insufficient, considering the limited manual dexterity of principal catheter users who include latter-stage multiple sclerosis patients, tetra or paraplegic wheelchair drivers and the aging population.

Many current coatings also display poor abrasion resistance, similar to that reported for lubricating agents, leading to ready loss of the coating from the device surface and reversion of the catheters back to their uncoated state, where pain and urethral damage is experienced, especially upon removal.

"ISC catheters have become easier to use, but perform no better during insertion and removal, and still dry out rapidly."

Many coatings have changed little in the past decade, despite their suboptimal durability, lubricity and water retention properties.

Innovations have, instead, focused on modification of the hydrating medium, for example, by adding compounds such as glycerol, or sodium chloride, to increase osmolality; the development of novel mechanisms to activate the coating in its packaging; and the design and manufacture of ready-to-use, prehydrated devices.

As a result, ISC catheters have become easier for patients to use, but perform no better during insertion and removal, and still dry out rapidly. There remains an urgent need to develop new technologies that extend the time catheter coatings remain hydrated and ensure effective lubrication of the urethra throughout the entire process.

Uroglide technology features cost-effective, lubricious coatings that adhere strongly to the catheter substrate, and are more durable than many PVP alternatives.

The implication of these performance advantages is that catheters coated with the technology could be handled by limited-dexterity patients for much longer before the coating dries out.

A brief history of catheterisation

Evidence suggests that catheters were first used for bladder drainage as early as 3000 BC. The first devices were made from materials such as onion stalks, straw, wooden reeds and palm leaves, rolled into a hollow tube. Silver became popular, due to its antiseptic properties and malleability. In the 1930s, after the invention of vulcanised rubber, Frederic Foley developed the rubber balloon catheter, now known as the Foley catheter. The concept of intermittent self-catheterisation was introduced in 1971, in an attempt to reduce infections and improve the quality of life of patients.