Circle of life – the return of biopolymers

Biopolymers have a rich history in medicine. Once used as primitive wound dressings, these naturally occurring materials are now the subject of significant R&D in the field of medical device development. Nic Paton speaks to the Fraunhofer Institute’s Dr Joachim Storsberg about the rebirth of an old phenomenon. 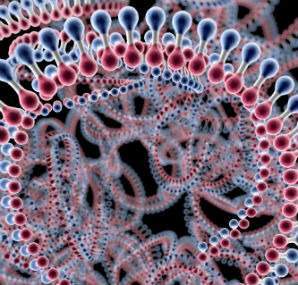 It may sound like a contradiction in terms, but the biopolymer is simultaneously at the cutting edge of modern-day medical device applications and one of the most ancient medical aids known to mankind.

As Dr Joachim Storsberg, head of the Department for Medical Polymers at the Fraunhofer Institute in Potsdam in Germany, explains, if you go back to ancient healing remedies such as applying spider webs to wounds, you are, in effect, talking about the use of biopolymers.

"Biopolymers have a long history in medicine, particularly in areas such as wound coverage," he says. "Taking cellulose from a plant was known to the ancients and old remedies, such as the application of a spider web to help a wound heal faster, go back many centuries. But biopolymers are now being investigated by modern medicine for their healing properties. The main difference, of course, is that we are now inventing much better devices."

Biopolymers come in many guises and, as device manufacturers are increasingly recognising, have many applications.

"They can be used to make other biomaterials – corneas for the human eye, for example," points out Storsberg, who in 2009 carried out his own groundbreaking work in this area (see ‘Seeing eye to eye’).

"If you are making implants, you can use a polymer such as a polylactic acid to encapsulate the drug; or you might have a coating around, say, a coronary stent. When the coating dissolves, it releases the drug."

Another polymer used in the medical arena is native heparin, which can have an anti-thrombotic effect as a coating. The biopolymer chitosan, which is made from crustacean shells, also has a wide range of uses in the areas of wound healing, delivery agents, and antibacterial and antimicrobial applications. Natural polymers such as alginate, chitin, starch, keratin or biosynthesised cellulose can also have applications.

Hyaluronic acid, modified from chickens, are used in many ophthamlic and plastic surgery procedures.

Plastic polyhydroxyalkanoate microstructures can be formed in bacterial hosts and have applications in orthopaedic devices, orthopaedic implants and other implantable medical devices. The value, again, of such materials is that they are biocompatible and can degrade after being implanted. Collagen biopolymers are also increasingly being used within regenerative medicine and cardiovascular tissue engineering.

"Collagen is used a lot for implants but it can also be used as a degradable biopolymer," Storsberg explains. "For example, you can have an artificial cornea made from collagen that gradually disintegrates and, in the process, allows the natural cells to grow through it.

"An artificially made implant made from a biopolymer can be substituted by the body’s own tissue; this can also be very useful in bone reconstruction," he adds. "So you can glue or implant the biopolymer and after a few years it dissolves and forms natural bone matter. Biopolymers are also increasingly used in plastic surgery."

However, while the advantages of biopolymers are clear enough, their use and development does not come without its challenges. Animal-based biopolymers, for example, can generate issues relating to adverse immune reactions as well as wider concerns around cultural sensitivities.

Thus, new ways to substitute the animal-originated polymers by biotechnological methods are being investigated.

"You have to know if there are any side effects, particularly if you are using an animal or foreign organism, so you can gauge the possibility of an immune reaction or causing sensitivities," Storsberg explains. "There can also be a danger of transferring an infection from the animal to the human. So an important part of these sorts of procedures, an important part of the supervising process, is cleaning the biopolymer. Manufacturers need very strict procedures in place around this.

"It is a challenging programme, but you get the same biopolymer as if it had been developed from an animal. This can, of course, be potentially useful in the treatment of patients from various religious groups, who are not allowed by their faith to receive transplants from certain animals."

One solution being looked at by device manufacturers is the use of genetically modified yeast cells to create and develop new biopolymers.

"I think we will see a lot of modified yeast biopolymers coming through in the next four to ten years, creating more human-type collagens," says Storsberg. "Like the new biotech innovations we see coming through, we are now working on new kinds of problem-solving models using biopolymers. It is about isolating compounds and looking at how they react with normal organisms. It is also about trying to take away the animal risk issue and address some of the ethical questions concerning the use of animal-based polymers."

So what does this all mean in terms of adding to the cost of developing a device and, just as importantly, the issue of time to market? It stands to reason, argues Storsberg, that the more complicated a biopolymer process, the longer the lead-time to market and the more expensive it will be. However, get it right, and the returns can be considerable.

"Another issue for device manufacturers is scalability," he explains. "You may be able to do something very well at a cell or culture level but it is a very different matter to upgrade to large amounts of biopolymer matter; it often requires quite different techniques and experience.

"Ultimately, of course, the market is regulated by demand from customers but, of course, it is also regulated by politicians, legislators and regulators, who all play an important role. If as a device manufacturer you want to substitute one product or process for another, it has to be done very carefully.

"For something relatively simple, such as wound coverage, the time from research to bringing a device to market can be perhaps two to three years," he explains. "But for something more complex it can be a lot longer, perhaps ten years or even more, depending on the implant and how it needs to be tested. Even if you know the substance works, you often have to figure out a way make the biopolymer efficiently."

What, then of the future? The innovation of 3D printing technology, specifically 3D bioprinting technology, is being closely watched and analysed by device manufacturers for its potential in this area, but is nevertheless problematic, contends Storsberg.

"3D printing has potential for application, but currently it is limited to prototypes," he says. "You also have to ask yourself if the device you are printing will have to undergo stress, for example within the body – whether 3D printing, given that it is built up layer by layer, is really the optimum method for production.

"But it depends on what you want the device to do. Constructing it, looking at the properties of the surface, ensuring the coating of the implant is integrated properly with the drug – all this is complex.

Looking into the future, Storsberg predicts that, over the next five to ten years, there will be much more integration of biopolymers with medical devices.

"But it may be that there is more focus on the biopolymers we know of already and their production space," he contends. "Nevertheless, biopolymers is an uncertain field and there is a lot we don’t know and a lot of discoveries, probably, still to be made. It is an exciting and innovative field to be in.

"It will be necessary for medical device manufacturers to continue to focus on the field of biopolymers that can be used for medical applications. But there also needs to be recognition that not everything is good to be implanted; you do have to be selective. But within polymers there is a large field of applications, large scope for testing; there is a lot of potential."