Get your motor running: medical equipment in motion

As medical device technology drives advancements in motors and motion control, Roger Hollis of Sharp Concepts explains how this behind-the-scenes aspect of the healthcare industry is, in turn, fuelling innovation in new medical equipment. 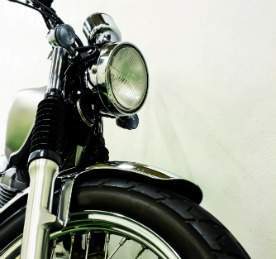 While many are aware of the rapid progress in medical technology, especially in areas such as diagnostics, imaging, testing, surgery and a vast array of equipment for patient care, little has been said about how this progress has been driven by, and alternately drivers of, behind-the-scenes technology.

While not the only technology, one that has had an influence on and been influenced by medical technology is the area of motors and motion control.

While many medical devices now rely on the current technologies in their industry, and would not be available without those technologies, each industry has been an influence on the other. Much of the advanced equipment we see in use in hospitals, medical centres, doctors’ offices and even home healthcare today would not be possible without the technological advancements in the motor and motion control industry. Consider the necessity for motors and motion control in the following list of devices, none of which would be functional otherwise:

Going back only 40 years, one would have been exposed only to universal AC motors and wound-field, brush-commutated DC motors as realistic candidates for motion control applications. Unfortunately, neither of these are particularly well suited to motion control as their performance curves are non linear. They have very high no-load speeds that are not typically of value in many applications (with the notable exception of dental drills, the remembrance of which causes one to shudder).

Fortunately, during that time, much research was taking place in the magnet industry with the effort going into ceramic and hard ferrite magnets to overcome some of the disadvantages of alnico (a low demagnetisation resistance and generally higher cost).

Subsequently, the availability of hard ferrite magnet materials in lieu of alnico led to the design of brush-type PMDC motors. At the same time, in 1968, a seminal work was published by James Ireland, vice-president of Indiana General, entitled ‘Ceramic Permanent-Magnet Motors, Electrical and Magnetic Design and Application’, providing for the first time a comprehensive methodology for the design of ceramic permanent magnet motors.

The distinct advantage of the PMDC motor, with its ability to produce a constant magnetic flux, was the availability of a linear performance curve. That is to say that an increase or decrease in voltage would lead to an equivalent increase or decrease in motor speed, making it ideal for motion control. It now became a servo motor (from the Latin word ‘servus’ meaning servant or slave). With the addition of an encoder to provide feedback of speed (feedback loop), it now became a motion control device. An alternative approach was to mount a tachometer on the same shaft as the armature and provide an extra set of brushes for feedback purposes (basically a generator with voltage output proportional to shaft speed).

While the brush-type PMDC motor was (and still is) a valuable motion control device, it does have disadvantages that can make it less than desirable for many medical applications. Since the brush/commutator interface is the switching method to ensure correct current flow (and therefore correct magnetic polarity), the wear factor of the brushes on the commutator creates two significant problems. First, the residue from brush wear (brush dust) is not conducive to maintaining a clean environment in a medical environment. Secondly, once worn out, it necessitates the replacement of the brushes (or replacement of the entire motor). While this maintenance feature may be acceptable in an industrial setting, it is obviously less than optimal in a medical environment.

"Much of the advanced equipment we see in use in hospitals and medical centres would not be possible without the technological advancements in the motor and motion control industry."

Fortunately, at the same time, ongoing advancements in the digital electronics industry led to the emergence of BLDC (brushless DC) motors that were able to overcome the disadvantages inherent in PMDC motors. While still maintaining the linear characteristics of the PMDC motor, the absence of brushes and commutator eliminated the brush dust and replacement issues. The advent of solid-state Hall devices led to their use for switching current flow.

Of course, being a solid-state device, the motor now requires a control function, or more specifically, a controller. While the motor, in and of itself, is relatively cost-effective (although the escalation of prices in the rare-earth market and the effect on the cost of magnets has diminished the cost-effectiveness) the addition of the control circuitry does result in a device that is more expensive overall. This additional cost, in most medical applications, is considered of value because of the elimination of the undesirable characteristics of the PMDC motor, plus the added value of much more functionality as a motion control device.

In addition to the inclusion of BLDC motors in medical applications, another technology, stepper motors, has had a significant influence on technological progress in the medical field. While not truly a motion control device in the sense that a feedback loop is not provided (although there are times when an encoder will be added), their characteristics are beneficial for certain applications.

There are three types of stepper motors: permanent magnet, variable reluctance (VR) and hybrid. The majority of applications for medical devices are the hybrid version. They are primarily positioning devices and the speed is a function of the input pulse frequency. They are good low-speed torque producers, but not recommended for high speed. Care must also be taken to ensure the motor does not operate in its resonance zone, thereby causing unacceptable vibration. Like BLDC motors, they do require a controller (drive), but are less complex and therefore lower cost than a BLDC drive. They can be very precise positioning devices with 200 steps per revolution (1.8º per step) being the norm, with option designs providing 0.9º per step. Couple that with the controller that is capable of being programmed for micro-stepping and you have the ability for very precise control.

"As advances in the medical world continue, it can be expected that the motor and motion control requirements and design will demand smaller and smaller packages."

Frequently, in many applications, the device designer is uncertain as to which technology is best suited for their application, and the answer is "It depends". The purpose here is not to attempt to answer that question but rather to illustrate that an in-depth discussion with a qualified motion control engineer would help to define the best of the options available. The design considerations are very different between the two technologies, especially speed, load and inertia. BLDC motors will run up to 3,000rpm while steppers are best up to 700-800rpm but at a lower cost.

One of the more distinctive features of the BLDC and stepper motors is the adaptability to design as a linear actuator. Fundamentally, a linear actuator transfers rotary motion into linear motion. This feature is of great value in certain medical devices whereby very precise amounts of liquids can be dispensed via a plunger. Precise control of the linear movement allows the designer to dispense a very accurate amount of a critical medicine to satisfy various patient requirements. The precise machining and fine pitches available in Acme lead screws can allow movements as fine as 0.000125in per step. Of course, other applications, such as pill dispensing and XY positioning tables, also benefit from this technology.

As a perfect example as to how the needs of the medical and other industries have driven motor technology, one need only to look at developments over the past five years of the integration of the control features directly into the motor itself. As the industry continues to want more power for applications, there is also keen interest in going smaller. Since there is much less of a ‘footprint’ available to the medical device designer, there has arisen the technology to place the controls on the motor. They are no longer placed away from the motor (requiring leads, connections and so on) but are mounted directly on the motor itself.

This is a tremendous engineering challenge, for both the motor and drive designer. Besides the limited amount of space available on the motor itself for all the control components and circuitry, the motor and the circuitry generate considerable heat. Not only do the designers have to be concerned about removing this heat, they must be able to design with circuitry components that will withstand the heat without failing. Obviously, the smaller the motor, the bigger these issues become. Integration of stepper motors is somewhat easier inasmuch as their circuitry is not as complex as that of a BLDC motor, so stepper motors have led the way in the introduction of integrated designs. While there are integrated BLDC motors out there, the product line is more limited.

So what does the future hold? As advances in the medical world continue, it can be expected that the motor and motion control requirements and designs will demand smaller and smaller packages. That is to say that power density and system efficiency will continue to be subjects for end-users and engineering challenges for designers. The proliferation of integrated motors will continue as more and more companies become able to resolve the design issues. Potential advancements in magnet technology may allow more power in current package sizes or equivalent power in even smaller packages.

Newer technologies will emerge and expand their capabilities; piezoelectric motors for example. These were originally designed for camera lenses, but as R&D efforts expanded, they increased their power capacity, emerging to fill certain applications. Ultrasonic piezoelectric linear motors are also available.

While the BLDC and stepper motors are currently the go-to design in the medical device field, one should not dismiss other technologies where development work is ongoing. Switched reluctance (SR) motors, AC induction motors with VFD, and BLDC with ceramic or hard ferrite magnets instead of rare-earth material, may in the future find a place in the medical equipment field. Further down the road will be nanomotors operating at the cellular level, triggered by UV light.

Given the rate of progress in today’s medical field, one can only expect these advancements to continue to challenge the motor and motion control community to evolve new designs.