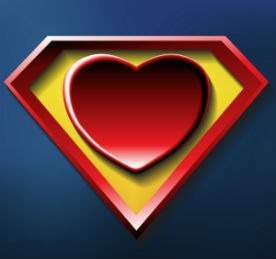 The most exciting new technology discussed at this year’s event was easily transcatheter mitral valve replacement (TMVR) devices.
Since July 2015, more than $1.3 billion has been spent on TMVR technology acquisitions and investments by players in the interventional cardiology market. There is obvious faith in the promise this technology holds, and in the potential for the TMVR market to be two to three times larger than the current transcatheter aortic valve replacement (TAVR) market, due to a larger patient population.

Although company representatives in the exhibit hall remained relativity quiet on the subject of their potential market entrants, due to a lack of regulatory approval and the many devices still in early developmental stages, multiple sessions and symposiums at the conference revolved around the potential manifest in TMVR technology. A special symposium on 12 October featured representatives of 11 in-development TMVR devices, giving status reports on their respective technologies. The major TMVR devices that are furthest along in development include CardiAQ, Tendyne TMVR, Fortis, Tiara and Medtronic.

In July 2015, Edwards Lifesciences acquired CardiAQ Valve Technologies and its TMVR system for $400 million. The system utilises a transapical or transfemoral approach to implant its device, which features a self-expanding nitinol frame with three bovine leaflets and an intra-annular sealing skirt. The device’s anchoring mechanism uses the patient’s native mitral valve anatomy so that the device can be secured within a beating heart with no circulatory support. The device is currently in a US FDA-approved study of 20 patients (ten transapical and ten transfemoral), and a 60-patient CE-mark study.

Abbott completed its purchase of Tendyne and its Bioprosthetic Mitral Valve System for $250 million in September 2015. The Tendyne TMVR system is implanted via a transapical approach, and is fixed to the left ventricular apex by a polymer tether and an apical pad. The procedure is echocardiogram based, and requires CT planning to successfully implant the fully repositionable and retrievable tri-leaflet porcine pericardial valve on a nitinol frame. To date, 17 patients have been implanted, with no 30-day mortality.

Edwards’ Fortis TMVR system features a self-expanding circular valve in a cylindrical frame, delivered via a transapical approach. More than 20 patients have been treated with the Fortis system worldwide, although the US investigational device exemption (IDE) feasibility trial has been on hold since May 2015 after safety concerns related to valve thrombosis were found in a number of participants. At the symposium, a Fortis representative announced that the development of the CardiAQ and Fortis programmes would be merged, with CardiAQ as the company’s main focus.

The Tiara system, developed by Neovasc, is a D-shaped valve with an atrial skirt, delivered via a transapical approach. The device is anchored in the patient by ventricular tabs. To date, seven patients have been implanted with the Tiara TMVR system in Vancouver with no 30-day mortality or device-related complications.

In October 2015, Medtronic completed its acquisition of medical device company Twelve and its TMVR device for $458 million. The Twelve TMVR system is a differentiated dual-stent design that separates the sealing and fixation functions from the valve function. The device’s outer stent achieves sealing and fixation through a cork effect, and is available in three sizes; the inner stent achieves the mitral valve function. Twelve TMVR is delivered via a transapical approach. Eight patients have been implanted with the Twelve TMVR in a study evaluating the system’s safety and effectiveness. The device was successfully deployed in seven of the eight patients.

This technology has the capability to change the treatment paradigm for mitral regurgitation patients worldwide.

In the US, four of the profiled devices have been approved for FDA early-feasibility IDE studies: the CardiAQ, Tendyne, Fortis and Tiara systems. The study sanctions place these four systems in a race for device approval and market seizure, but the two systems that should be kept under close watch are the Tiara and Tendyne systems, as both carry the capacity to rock the market. Neovasc’s Tiara system is the only potential market entrant yet to be acquired by a large cardio company. Abbott’s Tendyne TMVR system has the ability to create a full mitral-valve-disease portfolio along with the already-marketed MitraClip. No matter which system is the first to gain approval and enter the TMVR market, this technology has the capability to change the treatment paradigm for mitral regurgitation patients worldwide.

Other hot topics at the conference were drug-eluting stents (DES) and bioabsorbable scaffolds (BAS), reflected in the numerous seminars and symposiums analysing the efficacy of these devices. Several advancements in this market have been made recently, including FDA’s 5 October approval of Boston Scientific’s Synergy, a metallic DES with a bioabsorbable polymer coating.

Abbott Vascular seized an opportunity at the conference on 12 October to release the latest data for three trials comparing the company’s Absorb bioresorbable vascular scaffold (BVS) with its current-generation metallic DES, XIENCE, which is currently considered best in class in this area. Abbott is seeking 2016 FDA approval for its BVS device, which would make Absorb the first fully bioresorbable stent available in the US market.

The data for the three aforementioned trials (ABSORB China, ABSORB II and ABSORB II) all found the Absorb BVS non-inferior to XIENCE, based on available outcomes for primary endpoints or interim data. The ABSORB China trial was a prospective, randomised study of 480 subjects across 24 sites in China. Participants were randomised to the Absorb BVS and XIENCE in a 1:1 ratio, with the primary endpoint of angiographic in-segment late loss (LL) after one year.

Future studies must demonstrate clear superiority of [Absorb] over XIENCE, rather than only demonstrating non-inferiority.

Additional data showed that Absorb target lesion failure (TLF) and device thrombosis rates were low – comparable with those of XIENCE. The ABSORB III trial – a prospective, multicentre, randomised study of more than 2,000 participants – reported findings after one year for the primary endpoint of TLF. Participants were randomised into Absorb BVS and XIENCE groups in a 2:1 ratio, and at one year, the primary endpoint was met.

The ABSORB II trial results analysed two-year follow-up data for the first randomised study to compare the Absorb BVS with XIENCE. A total of 510 participants were randomised in a 2:1 Absorb to XIENCE ratio, with the primary endpoint of a three-year measure of vasomotion. The findings reported at Transcatheter Cardiovascular Therapeutics 2015 were second-year endpoint outcome data, an interim analysis that was not pre-specified. Despite this, the data at two years indicated no significant differences between the two study arms for TLF, major adverse cardiac events (MACE) or target vessel failure, demonstrating that Absorb continues to display similar outcomes as XIENCE.

Although the data for these three trials is promising, indicating no device failure at one and two years post-procedure, larger randomised trials with longer follow-up times are needed to confirm the findings and determine if Absorb can improve upon late outcomes compared with XIENCE.

Additionally, in order for the Absorb BVS to have a real chance in the market, future studies must demonstrate clear superiority of the device over XIENCE, rather than only demonstrating non-inferiority. With the current standing results, questions have been raised as to the likelihood of a hospital adopting a pricey, novel BVS over the proven "best in class" DES if the two devices are shown to be equally effective.

Panellists noted that the benefits of a fully bioresorbable stent will not be visible until the scaffold completely disappears, which will happen at three years for the Absorb BVS. This time period has yet to be reached in any of the ongoing studies; experts have therefore cautioned against jumping to conclusions about Absorb possibly being proven to be non-superior. Evidence has shown that there is only one way for a metallic scaffold to respond over time: the device will become narrower. The design of the Absorb scaffold hopes to improve upon this outcome by removing the metal cage, thus avoiding later problems in the renarrowing of the vessel or restricted access for bypass. Abbott’s end goal is to demonstrate clinically significant differences between the two technologies, though this will take at least seven to ten years.

As the Absorb BVS is a first-generation device, it is promising that adverse outcomes have not yet been encountered. In time, its benefits will hopefully be proven, leading to the launch of fully bioresorbable stents into the market.