With waiting lists for organ transplants at an all-time high, there is a serious shortage of donor organs to go around; this is due in part to current preservation methods, which allow only a very short shelf life. However, emerging technologies could improve storage duration, enable transportation over longer distances and improve the odds that the organ remains intact. Dr Korkut Uygun, assistant professor in surgery at Harvard Medical School, explains the implications of these new developments. 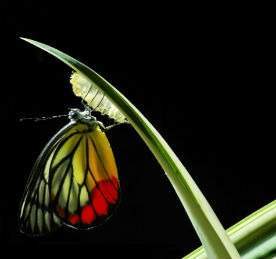 Dr Korkut Uygun, assistant professor in surgery at Harvard Medical School, is a man on a mission. Intent on improving the storage and transport of cell-based medical products – and changing the face of organ transplantation in the process – he is nothing if not ambitious about the prospect.

"To an extent, we are talking about creating a supply of replacement parts for humans," he says. "One estimate found that around 35% of all deaths in the US could be postponed significantly if we can manage this."

These may seem like strong words from a man whose research, to date, has mostly involved performing interesting experiments with rat livers. The technologies he is working on, however, have reached a critical juncture. Now at a stage to be used for human organs, they are due to be tested in early-stage clinical trials in 2016. If this goes according to plan, the implications could be very profound indeed.

Currently, the gold standard for organ storage is the University of Wisconsin (UW) organ-preservation solution, otherwise known as Viaspan. Developed in the late 1980s, this was the first intracellular-like medium specifically developed for the purpose, resulting in a dramatic improvement in preservation methods.

Using the Viaspan solution, the organ is flushed with solution during donation surgery, then packed in several layers of sterile containers and surrounded by ice. The aim is to keep it just above freezing temperature, slowing its biological deterioration by reducing cellular metabolism. It can then be transferred to the recipient before its tissues break down. This method, however, is far from infallible.

"One disadvantage is limited storage duration: 12 hours, and preferably under nine, for the liver; much shorter for the heart and lung; a bit longer for the kidney," says Uygun. "This restricts organ sharing to wide regions. The organ also has to be in near-perfect condition to start with, or it becomes unusable after static storage, as it suffers injury in the process. This means we can only use a fraction of donated organs."

The problems associated with organ shortages are well known. While waiting lists are growing steadily longer, the number of donors has failed to keep pace: 28,052 transplants were performed in the US in 2012, massively eclipsed by the 120,873 people on waiting lists. This means most potential recipients die before they can receive an organ. According to WHO, transplants currently meet less than 10% of the global demand.

While the figures would doubtless be improved by increasing the numbers of registered donors, the real solutions have been pegged as lying within regenerative medicine. In the not-too-distant future, it is thought that stem cell technologies will be used to regenerate whole organs, functional human tissues will be created using 3D bioprinting and artificial organs will be bioengineered for transplant. Should this come to pass, there will be potential not just to close the donor gap, but also to eliminate the problems of organ rejection and improve transplanted organs’ longevity.

The static storage takes place at subzero temperatures without freezing, which is called supercooling in thermodynamics. With this, we can triple the storage duration compared to our current standard in a rat model.

As developments of this kind get underway, improving storage is another important piece of the puzzle. Given the limitations of cold static storage, Uygun’s team have been focusing their efforts on another way to keep organs healthy: functional organ preservation via machine perfusion. Commonly used for kidney transplants, machine perfusion involves pumping a cool solution through the organ to delay cell death and fend off organ deterioration.

"The simplest explanation is to think of machine perfusion as an artificial body," explains Uygun. "The organ is pumped with oxygen and nutrients, which are analogues for the heart, lungs and blood. This means it can function – and to a limited extent, repair itself – as it’s being shipped to the recipient site."

Currently, his team is trying to develop machine perfusion as a platform technology, rendering it suitable for donor organs that have been marginally injured and are currently deemed unusable. This, he says, amounts to a huge pool of potential transplants, as yet untapped.

"We have a protocol that we are aiming to take to clinical trials in 2016," he says. "We are also developing statistical methods that can tell you how good an organ is online during perfusion, so if it’s okay to transplant, we’ll have the green light on and the surgeon will know it’s good.

"If it’s not functioning as expected, it’ll throw a red light – or maybe a predicted likelihood of success, so the team can decide. In the longer term, this will allow feedback so we can automatically fix certain problems. It’s the self-driving car for the organ."

In recent months, there has been a significant degree of hype around warm perfusion methods. Uygun’s team, however, has been pioneering a ‘supercooled’ approach that combines machine perfusion and static cold storage. It essentially promises the benefits of cryogenic storage (such as more time to transport the organs) without the damage sustained by freezing and subsequently thawing cells.

Described in Nature as a "breakthrough", this work involves incorporating a specially designed glucose compound that keeps the cell membranes cool and acts as a barrier against the cold. Having been tested successfully on rats, it will soon be brought to a small safety clinical trial at Massachusetts General, with collaborators in the Division of Transplantation.

"The twist is that the static storage takes place at subzero temperatures without freezing, which is called supercooling in thermodynamics," says Uygun. "With this, we can triple the storage duration compared with our current standard in a rat model."

To date, Uygun’s work has looked into donor livers, but, pending a few adjustments, it is likely to be applicable to other donor organs too, and even tissue-engineered grafts (Uygun says there is a substantial amount of technology transfer between the two). And while the procedure is not cheap, costs are expected to tumble in the future.

"Cost-effectiveness depends on your perspective," he points out. "If we are talking about saving a patient who’d perish without a transplant, I think the current costs are manageable. Compared with static cold storage, however, they are quite expensive, and I think we’ll need to go through a few more generations of perfusion protocols to get there."

According to Nature, this preservation method could make an additional 5,000 organs available each year, as well as enabling organs to be transported far greater distances to reach the most appropriate recipients. Should the technology overcome its technical and cost hurdles, Uygun’s work holds significant promise for the future of organ preservation: a change comparable to the introduction of the UW organ preservation solution nearly 30 years ago.

As Uygun remarks on his work – and on advanced organ storage more generally: "It’s full of technical challenges, but a promise to dramatically change human life forever."

From the very hot…

While Uygun’s supercooling methods show great promise, another area that is gaining traction is warm perfusion, which is likely to supersede older technologies as it becomes more cost-effective.

At the forefront of this field is Massachusetts-based Transmedics, which has developed the Organ Care System that comprises a portable platform with a wireless monitor and a warm perfusion module. It incorporates a solution that delivers the same nutrients and substrates as the organ would receive in vivo. This means hearts can be kept pumping, and lungs can be kept breathing, inside a box.

This system, currently pending approval in the US, has shown impressive results in clinical trials. It has already been used for at least 15 heart transplants in the UK and Australia, MIT Technology Review reports.

…to the very cold

In the longer term, however, we are likely to see a reversion to the very cold. As cryobiology advances, it may become possible to freeze organs and store them within organ banks without damaging tissues in the process. This, in turn, will mean an enhanced ability to match an organ to a recipient, and a greater number of viable organs at a lower cost.

To date, researchers have seen little success in cryopreserving organs; however, they are edging ever closer to realising their dream. In January 2015, the US Department of Defense announced government grant programmes for organ and tissue banking, stating that the challenges could be broken down into six solvable engineering problems.

"The impact of a true organ and tissue banking capability on how we treat our war-wounded would be enormous; the impact on broader civilian healthcare even larger," said Lt Col Luis Alvarez, deputy director of the Department of Defense’s Tissue Injury and Regenerative Medicine programme. "If we can make a strong push in advancing this field, we may see breakthroughs sooner than we think."