Coating against bacterial colonisation – toward a safer hospital environment

Media panics around superbugs and hospital infections are nothing new, but what is the true extent of the problem, and how is the medical device industry working to solve this issue? Sophie Peacock speaks to Dave Hampton of Camstent about how developing new products is paving the way for a safer hospital environment. 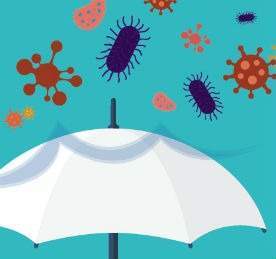 Devices to eliminate hospital acquired infections (HAIs) have been met with mixed reception from the medical industry in recent years. Some developers feel there are easier research routes to go down, while others are aware that the current devices available are overpriced and, most importantly, not nearly effective enough. But this ambivalence leaves an important niche in the field – and one that many are keen to have the prestige of filling.

It’s easy to see why. With HAIs currently responsible for more patient deaths than breast cancer and prostate cancer combined, hospitals, to some, now seem more perilous than the conditions for which patients are being treated – and the paranoia spread by the media is becoming all too real for millions of people who suffer the effects of being in an ‘at-risk’ group.

What’s more, the cost of dealing with HAIs runs into the billions, as already overburdened hospitals are put under greater strain and prolonged patient stays affect the wider economy. In the UK, a 2009 House of Commons report stated that even a 10% reduction in HAIs would save the NHS £93.1 million a year.

One of the main ways that HAIs strike is through coatings and surfaces of medical devices and other instruments in the healthcare setting. So it’s imperative to solve this by looking at new ways to keep them clean.

“While I was on a work sabbatical in Cambridge, I met with a professor from Sheffield University who had developed a coating material that could prevent the attachment of biological substances to its surface,” says Dave Hampton, founder and CEO of Camstent. “He had some ideas about applying it to teeth to prevent dental plaque, but we ultimately discussed how it could be involved in treating late stent thrombosis.”

Hampton was aware that cardiac stents were regularly developing sudden, catastrophic plaque formations, and the idea of a bacteria-resistant coating struck a chord.

Founded by Hampton in 2006, Camstent is a small medical-materials start-up based in Cambridge, UK, which focuses on products around an antimicrobial compound that resists colonisation by microorganisms responsible for HAIs. Hampton’s work, like that of many others around the world, is part of a host of new discoveries that could help to win the war against HAIs – or at least slow their advance.

“We thought that the plaque building up on the stents was due to an interaction between the drug-loaded stents and platelets in the bloodstream,” he explains. “Eventually, it turned out that this was actually an easily solvable problem – and much less of an issue than was immediately supposed. We had begun developing this substitute polymer coating for cardiac stents and wondered where it might lead – that’s how Camstent was born.”

Hampton ran a market research survey to find the most direct route for implementing antibacterial coatings into hospital equipment and discovered that urinary catheters were a common source of infections, and, thus, a particularly viable research opportunity. If the industry could come up with a way to prevent bacterial attachment to the surface of the catheter, then that would interrupt the chain of events that lead to catheter-acquired urinary-tract infections (CAUTI).

Catheter if you can

UTIs make up about 40% of all HAIs. Hampton and his partners decided to view the problem in terms of not just patient outcomes but also risk and cost-based assessment. Products that were already on the market were costing the NHS £100,000 for only a 10% dent in HAI incidence.

Originally, the market aim was to poison the biofilm formed by bacteria using coatings made from silver. But as the research was ongoing, a 2012 paper published in Nature Biotechnology proved this method to be largely ineffective.

“You run into several problems when you actually kill the bacteria,” Hampton explains of the study’s results and the change in course it engendered. “The surface of the product remains covered in dead organisms and this can cause inflammation around the device, as well as other problems, such as antibiotic resistance. You are also dealing with low efficiency of a high-cost, complicated product.”

In fact, clinical evidence showed that silver-coated catheters had negligible efficacy by the first day of use, sometimes within the first hour: hardly a ‘silver lining’.

A change of approach was clearly needed and Hampton decided he could help. With the aim of creating a catheter coating that would prevent bacteria finding anywhere hospitable to settle in the first place, Hampton and his team worked on developing a more effective and financially viable solution that eliminates the need for antibacterial agents. The coated catheter surface reduced colonisation tenfold in independent and comparative laboratory tests.

“The bacteria are still in the vicinity and they remain alive, but they can’t form a damaging biofilm. This means you don’t end up with problems on the surface of the coating: there’s no antibiotic resistance, no leaks and no infection. The product can remain effective over a very long period.”

The team at Camstent successfully developed new polymers made from two methacrylate compounds: one to prevent the bacteria from settling on the device surface, the other to enable flexibility and clinical safety. The benefits of this are manifold: attaching the polymer material to the surface of the catheter has no impact on the device’s medical application and requires no alteration to hospital procedures – as well as very little increase in cost.

“Hospitals will be able to use these catheters the way they always have,” says Hampton. A catheter has to be able to be inflated at the tip about 150 times in one year, to about 250% of its original size. It has to be able to stay in its environment for up to 30 days, and it has to pass fluids through it without the coating cracking, flaking or peeling while it is in use.

“We had to figure out how to get the material to stick to the catheter surface in the right way; how to coat the inside of the catheter as well as the outside; and how to make it stretchy and flexible, and able to inflate and deflate safely,” Hampton explains. “So it took a lot of engineering to figure out a coating that could meet all these requirements and withstand ageing.”

The work is still ongoing but, already, Hampton and his team have more uses for their custom coatings in their sights. It makes sense – if the catheter proves successful, there’s potential for many other infection-prone surfaces to be updated, within and outside of the medical world.

“First, we’re considering other markets in which our catheter can be useful to people,” Hampton says. “If we can give the product a longer lifespan or develop a superpubic catheter, then we can consider providing devices outside of hospital use. There are a lot of catheters used in chronic homecare that have a very high infection rate, so that’s something we would look into solving. There are vulnerable patients right now who would certainly be the first candidates for improved technologies of this sort.”

HAIs are frequently found in intertracheal tubes, ureteral stents and central venous catheters, all of which could also be dip-coated with similar protective materials. Hampton admits this will require further product development, but it seems the foundations are there for these new types of coatings to have a widespread impact, including for non-medical applications.

One key research area is in looking at how bacteria are passed around in daycare centres through toys, lavatory equipment, drapes and bedding. Institutions such as these are rife with surfaces that could benefit from new coatings to keep users safe from infections.

A big opportunity for manufacturers is to leverage all their existing products and material technologies to work with manufacturers of uncoated products in order to see if the industry can broaden the range of infections that we tackle, Hampton continues. This would require additional material developments, but it would also give the industry a big range within which to build its knowledge.

With new superbugs regularly being touted by the media as the end of safe hospital treatment, can the industry future-proof all of its products to sidestep a potential backlash later?

“For the existing silver-coated products that other companies have put out, future-proofing is a definite risk, because killing off bacteria invites them to adapt and become resistant,” says Hampton. “We’ve never seen dead organisms around our products, and there’s therefore no indication that they would adjust and be able to colonise.”

This is primarily due to the absence of antibacterial agents, which means that the coated catheter does not contribute to bacterial resistance. Without this environmental and genetic pressure, Hampton is confident that they can avoid any chance of creating new bugs.

In a fluctuating regulatory environment, however, medical device companies don’t just have to future-proof against biological developments, but also against changes in statutes, legal frameworks, device regulations and hospital guidelines. It’s unclear how world events like Brexit, supposed levels of deregulation in the US, the continuing boom of HAIs in the Middle East that are becoming more deadly with every outbreak, and a host of other issues will affect important work with coatings, but Hampton and his team are aware that they may be working to an unknown timeline.

“There are changes across markets in the UK and US, and we can’t yet tell how those will impact our industry. Right now, from a manufacturing standpoint, we aim to remain compliant to existing regulations and to continue our laboratory testing as efficiently and as in depth as we can. We really want to get out there and see our catheter make a difference.”