No substitute for experience – the importance of ergonomic design

With so many regulations to contend with, end-user experience often comes second for packaging manufacturers, but this lack of focus on ergonomic design has consequences for operational efficiency and safety. Chris Godfrey speaks with Andy Goldberg OBE, clinical senior lecturer in trauma and orthopaedics at University College London, to see why the limitations aren’t being addressed, and how this is affecting professionals and patients. 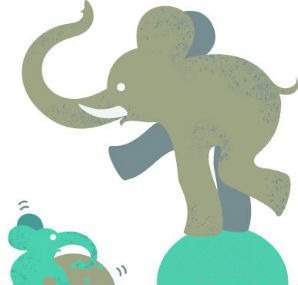 Across many industries, companies have exerted as much energy honing product packaging as they have the products themselves. In the fiercely competitive technology sector, Apple’s iPhones come in iconic, ergonomic boxes that are easily stored and aesthetically pleasing, and in the grocery industry, water is now sold in environmentally friendly cartons that push for carbon neutrality. Even Heinz, with its can of baked beans perhaps one of the most recognisable products ever, has re-engineered its packaging to create the innovative fridge pack, reducing food waste and encouraging recycling.

Most companies know the value of good packaging, for the consumer and the brand, and are happy to invest heavily in research and development to create distinct, sustainable and user-friendly designs. But despite obvious benefits, it’s a trend that hasn’t caught on as strongly in medical device packaging, where waste, inefficiency and poor practice run rife.

Medical device manufacturers are required to adhere to a string of regulations, and as a result, factors such as end-user experience and ergonomic design tend to be secondary. For professionals in the sector, though, the need to address the obvious limitations of current standards in the industry is clear.

"As a clinician with a bird’s-eye view, I can see that there are some big issues across the industry and just don’t think we’re doing enough to deal with them," says Andy Goldberg OBE, consultant at the Royal National Orthopaedic Hospital NHS Trust, as well as a joint appointment as clinical senior lecturer at University College London’s Institute of Orthopaedics and Musculoskeletal Science.

"It’s like herding cats. The governments can’t agree between themselves, the companies haven’t decided what that UDI should entail, there’s a lack of legislation and no one can settle on what needs to be done on a national or political level."

"I’ve spent a lot of time talking to industry professionals and realised it’s because of this huge disconnect between packaging experts, who spend all their time focusing on regulatory requirements, and design companies, who think only about end-user experience" he says.

"Obviously, with all the regulations, it’s harder to design medical packaging than it is a box for a mobile phone. But I don’t think it’s this complexity and the regulatory environment that has held packaging back – it’s because these two parties never meet in the middle."

As an orthopaedic surgeon, Goldberg is regularly engaged in operations that require large quantities of small items, or apparatus that has been dismantled and delivered as separate components. Though delivering each piece of equipment in single, sterilised packaging may reduce risk of contamination, it drastically increases the amount of packaging generated. This is the scenario that may be having an adverse effect on the quality of care professionals are able to provide.

In orthopaedics, the packaging design of something as minimal as a single screw can greatly impede surgeons. It’s common for a single operation to require up to 40 of them, and as they usually arrive in boxes 20 times the size of the actual screw itself, storage space is at a premium. After removing what Goldberg describes as "the Fort Knox of outer packaging", professionals then have to contend with a double-sealed inner-layer wrap; it’s an extraordinary waste of time and material.

"It frustrates me that, in today’s world, I’m regularly finding situations where just to perform one operation, we’ll have to first find and then open 30 different boxes – more than I could fit in my office," he says. "How can it be this complicated? The people I’ve met in the packaging industry just don’t understand how long it takes to prepare, or the level of wastage that is created.

"From my experience as an end user, it may actually be harmful to patients, as no one is taking into account the extra time that’s lost while boxes are being looked for and opened; time that could be spent looking after people."

Frustratingly, the move to single sterile packaging is a fairly recent phenomenon, and according to Goldberg, one based on very little evidence, with some suggesting it’s commercially driven. Not only can medical device packaging be excessive and time inefficient, the labelling and layout can also cause havoc in surgeries, with its minimalistic and often confusing design. A lack of communication between parties in the supply chain has seen the problem get steadily worse.

"It’s a complete lack of understanding of the end user," says Goldberg. "The box is usually just plain white with a bit of text; sometimes the informational sticker is placed right over the plastic see-through screen. Meanwhile, I need to validate what’s inside, and if I can’t see the item through the packaging, or if there’s no picture displaying it, then I have to open it up, which we already know is a time-intensive process, and check to see it’s the right one. If it’s not, then it’s unnecessarily wasted.

"When I speak to companies about why this happens, it’s clear that the professionals helping them just don’t understand the procedures we do. For example, we know of situations where packaging companies have collaborated with retired nurses who have never worked in orthopaedics. We need to connect the end users to the manufacturers."

The problems extend to implants too, where a lack of industry-wide coordination has hampered moves to create a universal system for accurately identifying each part to their recipient. The codes ingrained in the current unique device identifier (UDI) system act only as batch codes; locating the individual patient or device beyond a group of around 50 involves significant investigation.

"I remember one particular wild-goose chase where a company issued a recall, and the reps were running around the hospital searching for operation logs for who could’ve had an implant from that particular batch," says Goldberg. "If you’re going to have a UDI, then really it needs to be completely exclusive to each individual part."

A system where each device is given a unique code – whether a knee, hip or tooth replacement – seems like a simple solution; in reality, the sheer number of stakeholders involved across the sector has made agreeing on the practicalities of such a network nearly impossible. Implementing a global system is apparently a long way off.

"They’re working towards a system, but no one can agree on what it is or how it should be unique," says Goldberg. "It’s like herding cats. The governments can’t agree between themselves, the companies haven’t decided what that UDI should entail, there’s a lack of legislation for this type of arrangement and no one can settle on what needs to be done on a national or political level. From FDA to the EU, there are just too many moving parts.

"What I would like to see is that every implant has a truly individual UDI as well as a laser mark. We need to create a pan-European or global registry that captures information like surgeons and patient demographics, while being completely anonymous so that only certain institutions hold patient identifiable data. It’s the fairest, most equitable way of doing it. It’s perfectly feasible."

Though there is clearly scope for the industry to improve how packaging is designed, prepared and issued, there are many examples of where manufacturers have taken a more considered approach to catering for the end user. Catheters and cannulas now arrive in ergonomic, plastic trays with all the components neatly laid out – a design that speeds up each procedure in a safe, sustainable and practical way.

"The packaging guys are two steps removed from marketing colleagues, the only ones in touch with the end user. It’s Chinese whispers trying to get feedback to them; there needs to be a lot more dialogue."

"The most innovative packaging I’ve seen in orthopaedics comes from a company that has taken inspiration from lipstick," says Goldberg. "They realised the drawbacks of having a large, opaque box when instead you can have a see-through, acrylic container, like a lipstick tube, that takes up no space."

Some packaging manufacturers have already recognised the need to improve labelling on devices; Codonics has designed its Safe Label System (SLS), an automated printing mechanism, as a way of improving patient safety and labelling compliance in the operating room. By taking poor handwriting and human error out of the equation, the SLS ensures that incorrect labels are never pasted onto the wrong syringe, while automated warnings are provided to notify the user of expired drugs and patient allergies.

Elsewhere, ePAK’s pre-sterilised, single-use delivery system has sought to improve operating room productivity by arriving at surgery in one complete package, while its shelf-storage case addresses concerns about the organisation of medical devices and reduces the time spent constructing fragmented devices. It’s another example of how patients and medical professionals can benefit from subtle tweaks to the arrival, storage and usage of a device.

These designs show what can be done when packaging manufacturers try to understand the needs of the end user. For Goldberg, the solution is clear: "It’ll take a meeting of minds. At the end of the day, the packaging guys are two steps removed from marketing colleagues, the only ones in touch with the end user, and focusing regulations. Its Chinese whispers trying to get feedback to them. There needs to be a lot more dialogue."

The answer may be a simple case of closer collaboration, but putting it into practice will require everyone pulling in the same direction. Inefficiency will continue to plague the sector until a concentrated effort is made to address packaging issues and an industry-wide strategy is implemented, from surgeons to regulators, marketers to packagers.