An accurate model of the heart that takes into account its 3D twisting motion could be a significant step towards a new class of cardiac devices. Ellen Roche, of Harvard’s School of Engineering and Applied Sciences, explains how emerging research into ‘soft robotics’ is being used to replicate nature. 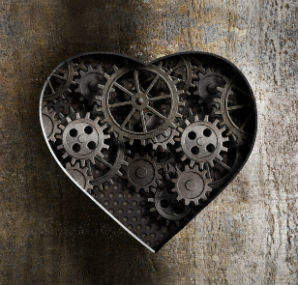 Richard Lower was obsessed with the pumping of blood. So fascinated was the Cornish physician with the heart’s function, he convinced eccentric scholar Arthur Coga to undergo what is believed to have been the world’s first blood transfusion. It was performed in 1667 at the Royal Society, but the procedure was so riddled with ethical controversy that France felt obliged to ban the practice for almost 150 years.

In the meantime, Lower produced his major work, Tractatus de Corde. In this manuscript, on the workings of the cardiopulmonary system, he used the metaphor of "the wringing of a linen cloth to squeeze out the water" to describe the twisting motion of the left ventricle (LV), recalling Leonardo da Vinci’s allusion to the heart’s rotational motion more than a century earlier.

The twist deformation of the LV has intrigued researchers ever since, with numerous techniques, such as Doppler imaging, being used more recently to observe the phenomenon. The top of the organ twists in a clockwise fashion, while the bottom contracts in the opposite direction, and this ventricular twist can be used as an indicator of cardiac health.

"The heart twists to pump the blood more efficiently," explains biomedical engineer Ellen Roche. "So, while it’s contracting, it twists: it’s because of how the muscle fibres are arranged."

"Most current models of the heart fail to take into account its three-dimensional movement, so Roche set out to put that right."

The parameters that govern the motion include how these strands are oriented, and the balance between the contraction of the outer and inner fibres, which are arranged in opposing helices.

Most current models of the heart fail to take into account its three-dimensional movement, so Roche, who is pursuing a PhD and an MD at the University of Harvard School of Engineering and Applied Sciences, set out to put that right.

Engineers have long sought to design robots that can perform similar tasks to the heart’s pumping, but efforts to mimic this action precisely have thus far fallen short, with devices only accounting for flow and neglecting the essential twisting motion.

Roche’s research does involve robots, but not the kind we’re used to thinking of. Rather than focusing on metallic contraptions, her expertise is in ‘soft robotics’, and she uses the discipline to learn more about the heart, searching for clues as to how it might be repaired when necessary.

The discipline is driven by various scientific paradigms. Much research now focuses on imitating biological phenomena, and the development of smart materials is also very popular.

It’s good news for medical device designers, because soft robots require fewer specialised parts and can be manufactured using inexpensive fabrication techniques such as moulding or 3D printing. Roche’s supervisor, Professor Conor Walsh, has designed a fluid-powered glove for hand rehabilitation using these types of materials, as well as an exoskeleton suit that enhances the wearer’s strength.

Nature abounds with examples of soft systems. In the human body, the stomach, tongue, diaphragm and heart all fall into this category. Muscle has been described as the prototypical soft actuator because it can achieve fast, strong movements in remarkably complex patterns.

Roche explains that replicating such movement can be achieved in the lab by stimulating a load of contractile elements at precise times. She and her team discovered that finding mechanical devices that effectively act as muscles is not an easy task, however.

The tools, such as motors, that usually provide force are rigid and tend to heat up, which is problematic for anything near a heart. The researchers therefore selected McKibben pneumatic artificial muscles (PAMs) – the most highly developed and studied class of soft actuators – to act as the contractile elements in their investigation. The work has been published in the journal Advanced Materials.

PAMs, made entirely from a soft silicone elastomer material, consist of an inflatable bladder surrounded by a braided mesh. They are useful for imitating biological motion as they are elastic, and can be powered by water or air. They have a high power:weight ratio and are relatively inexpensive. When pressurised, inflatable chambers in the material expand and give rise to the bending and twisting familiar to muscle motion. The researchers attached the PAMs via tubing to an air supply.

PAMs shorten under pressure, just like biological muscles, but in one direction only. To overcome this limitation, artificial muscles were embedded into a matrix made from the same soft silicone elastomer. The researchers were then able to achieve various motions in multiple directions to more accurately reflect the heart’s complex movements.

"All these little balloons are embedded in a matrix of silicone, so when you pressurise all the small actuators, they make the whole material move," Roche explains. "We can build multiple fibres and embed them in these soft structures; the overall mechanical material property will simulate the heart. We can arrange them in a specific way to create a model that will predict what we want to find out."

The team was then able to calculate the force and strain values for an array of PAM arrangements, and used the data to develop a 3D numerical computer model of the material. This helped them improve the geometric properties of the bench-top simulator to achieve the desired movements.

Of the heart’s three layers of muscle fibres, the outermost section is the one most responsible for the dominant global twist, so the team used their model to identify the PAM configuration within its cup-shaped matrix that most closely mimicked the fibres in this section. They built the prototype and attached motion trackers to see how it would respond when the PAMs were subjected to various pressures.

Their experimental results closely matched the computer model’s predictions and also corresponded to the available clinical data on the action of the ventricular twist.

What’s more, by selectively deactivating certain PAMs within the matrix, the team was able to mimic the kind of damage that occurs in the heart muscle under certain disease conditions.

"We want to develop an implantable cardiac assist device that will help the organ pump if the patient has heart failure. Replicating the motion means you can assist, and then help the heart repair itself."

"When part of the heart muscle is injured, that specific section won’t work," explains Roche. "For example, a diseased heart after an attack lacks oxygen in one region of the organ.

"We can collectively deactivate one muscle in our computer model, or our physical model, and observe the overall rotation and see how that differs from a healthy organ."

Modelling this twisting action in healthy and diseased states could lead to better cardiac devices in the future. Cardiovascular disease is the number-one cause of mortality globally, so designing better products to assist the 22 million people living with a heart condition is a laudable goal indeed.Implantable devices can be hugely affected by the heart’s twists, and determine how they perform and fatigue over time. Roche says that at the moment, the simulator can be used to test products such as prosthetic valves or occlusion devices. The researchers can put them into the model and observe their structural integrity over time.

"In the future, we’re looking to use the same kind of technology – this soft robotics. We want to develop an implantable cardiac-assist device that will help the organ pump if the patient has heart failure," she says. "The idea is that we can replicate the motion, so as well as assisting, you can help the heart repair itself."

The main advantage of such a product is that, unlike conventional devices, it won’t come into contact with the blood, so patients won’t have to be on blood thinners, such as warfarin, for life.

The team are currently developing a number of prototypes and testing them in the laboratory. It’s a while away from the clinic, but Roche is excited about the implications of the work.

"It’s a new technology in its early stages right now. We haven’t published on it yet, so we don’t want to say too much, but that’s the direction in which we’re headed," she says.

Richard Lower, our intrepid physician, would have no doubt been impressed.