In 2013, a team of engineers at Stanford University led by professor of electrical engineering Joseph Kahn developed a prototype high-resolution micro endoscope as thin as a human hair. It was heralded as a significant step forward in minimally invasive bio-imaging with the potential to enable dozens of new procedures. Professor Kahn speaks to Medical Device Developments about his groundbreaking work and the future of medical micro optics. 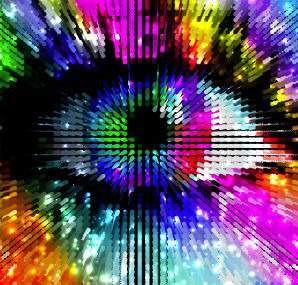 In early 2013, a team of Stanford University engineers made the headlines. They had just created a single-fibre endoscope that held great promise for medical micro-optics.

This device was not the first of its kind, or the thinnest, but it was unusual from a technical point of view. Just how unusual became apparent when the device was tested. Its performance soared above and beyond expectations, seemingly to the point of scientific impossibility.

"The resolution we achieved seemed in some sense to violate the laws of physics," recalls lead researcher Joseph Kahn, professor of electrical engineering at the Stanford School of Engineering. "Of course, it doesn’t, but it wasn’t easy to explain."

Kahn’s team had created a record-setting instrument that returned remarkably high-resolution images. It was capable of resolving objects 2.5µ in diameter (or 1/400 of a millimetre) – four times smaller than similar devices, and four times smaller than predictions had foretold. For purposes of comparison, we can view objects down to 125µ (1/8 of a millimetre) with the naked eye.

The researchers spent several weeks pondering this conundrum before arriving at an explanation that didn’t invoke magic. It turned out that their unorthodox algorithm held the key to revealing hidden image detail. Kahn called the Stanford news service.

"We didn’t invent this technology, and I never claimed to be doing the best work, or the only work, or anything like that," remarks Kahn. "But in general we find it promising because its resolution is surprisingly high. It’s a minimally invasive technique that allows you to take high-resolution images in confined spaces, like inside parts of the body."

Endoscopy has long been a creative field of research. Since the endoscope itself was invented in 1807 – the first device involved a wax candle, a reflecting mirror and an inspection tube – efforts have been geared towards making the endoscope smaller, more capable and less invasive. The goal has always been to improve diagnosis and surgical intervention while minimising discomfort for the patient.

Over the last few decades, developments have picked up pace. A number of new imaging modalities have arrived on the scene – the capsule endoscope, light-scattering spectroscopy and double balloon enteroscopy among them. Meanwhile, the trend towards downsizing continued.

"We send random patterns of light through the fibre and we look at what signal returns. Through that process we’re able to reconstruct an image."

Typically, endoscopes are fashioned from dense bundles of fibre; as many as 100,000 individual fibres packed tight into a tube only a few millimetres across. Each of these fibres is capable of carrying an image pixel, and therefore transferring information from deep inside the body onto a physician’s screen.

Of course, even fingernail-sized endoscopes are too large for certain operations; ditto with single-fibre endoscopes that require a scanning probe head. In order to shrink them further, it is necessary to use a different template altogether. As a result, the potential of multimode fibres is now being fervidly explored.

Unfortunately, their progress was long held back by a seemingly intractable problem: when multiple light rays travel down a fibre, they can mix together unpredictably and distort the image.

"They’re viewed as being sort of random propagation media," explains Kahn. "The general view that people have of multimode fibres is that light gets scrambled when it goes through, and there isn’t anything you can do about it. It should therefore be difficult to send something like an image through a fibre – that’s been the prevailing view."

Kahn brought with him a certain prestige in this field. A physicist by training, he was formerly best known for his work in optical communications, and was well versed in unscrambling computer data via these multimode fibres. A few years previously, he had set world records for data transmission speeds. And while he had never before worked in imaging technology, 2011 was to signal a fork in his career.

"I’ve been studying fibres and applications of optical fibres for many years," he says. "My focus was modulated data signals of the kind that are used in communications, and I was unscrambling the distortion in time of those signals. I hadn’t been involved in any imaging research till a couple of years ago, when a colleague of mine asked me what might be done in this area."

Intrigued by the possibilities, Kahn made the sideways leap into the world of biophotonics. Together with his graduate student Reza Nasiri Mahalati, he set to work unscrambling light signals. And, while communications data is encoded in time and visual data in space, he did find some commonality in the methods used.

"We use a device called a spatial light modulator," he explains. "It’s made out of silicon and liquid crystals and it’s very similar to a display on a Smartphone or a liquid crystal television, but it’s very small. We send random patterns of light through the fibre and we look at what signal returns. Through that process, we’re able to reconstruct an image."

The random patterns are where Kahn’s device diverges from other multimode fibre endoscopes. Previously used to speed up image recording in MRI scans, the technique is mathematically quite distinctive. According to Kahn, we can conceptualise the process in terms of a light in a dark room.

"Most of the previous techniques would shine light through the fibre, and at distal end you would form a spot of light and scan it back and forth," he says. "It would be as if you went into a big dark room or a mine, and you took a torch and scanned it along the walls, and recorded what you saw. With our method, we project random patterns on the walls, and for each one all we record is the total amount of light that’s reflected off the surface. Using those measurements we reconstruct an image."

This movement away from spot scanning was what gave rise to the ‘scientifically impossible’ resolution. In earlier multimode fibre imaging, the number of resolvable image features was the same as the number of light rays propagating through the fibre. Here, a quirk of the algorithm meant the detail was four times as sharp.

This prototype could pave the way for a single-fibre endoscope measuring just 0.2mm across. It would be capable of resolving 80,000 pixels, with a resolution of 0.3µ easily within reach. If we look at the most sophisticated endoscopes currently on the market, we can see the difference: available models measure 0.5mm and can resolve around 10,000 pixels at a resolution of about 3µ.

Of course, delivering a promising prototype is not the same as altering medical science, and certain obstacles remain in place for the time being. In the year since Kahn’s paper was published in Optics Express, what further steps have been taken towards full clinical applicability?

"There was an important intermediate step for us, which was to get more funding for the research," says Kahn. "In the last year we’ve received funding from Samsung, so that is allowing us to develop a better endoscope, and we’re now in discussions with people at Stanford who may like to use it."

"With our method, we project random patterns on the walls, and for each one all we record is the total amount of light that’s reflected off the surface."

These medical practitioners work across a wide array of specialties. One is looking into surgical procedures for blood vessel deformities in the brain; another on a specific area of breast cancer surgery; another in surgery on the retina. All have reached out to Kahn’s team to assess how the micro endoscope might help.

Kahn believes that, in a year from now, researchers will be using his device in biomedical experiments, either on cells or animal studies. After that, it will be a question of going through the approvals process to gain clearance for use on human subjects. All in all, he is optimistic about its passage to the clinic within the next few years.

In the meantime, there is another, more challenging, endeavour on the cards. The device as it stands is a rigid endoscope, meaning it will lose all functionality if it bends. While rigid endoscopes are used frequently within surgeries, they are unsuited to other common procedures such as colonoscopies. The holy grail is a flexible instrument of this kind that can twist and turn within the U-bends of the human body.

As an engineer, Kahn is psyched by the possibilities afforded, although he does not know if whether such a device is scientifically feasible. He is still some way from reaching the experimental stage.

"It’s a far more difficult problem because when you bend a multimode optical fibre, the scrambling changes, and to make a flexible endoscope you would have to be constantly compensating for these changes," he says. "It would definitely require some modification from our current technique, but we are trying to accomplish it with similar methods – projecting light through a fibre and looking at the returning signal."

If this comes to pass, it would pave the way for ever more microscope procedures, with the most intricate labyrinths of the body lying in wait to be explored. Whatever happens, tomorrow’s endoscopes are likely to be very different from today’s. We’d be well-advised to expect big things from the realm of the very small.