Where the chips fall – lab-on-chip diagnostics

Although years have been spent trumpeting its enormous potential, lab-on-a-chip diagnostics has largely failed to improve healthcare in developing countries. Dr Frederick Balagaddé, assistant investigator at K-RITH in South Africa, speaks to Jack Wittels about why the technology has struggled to get off the ground, and argues the case for using microfluidics in the fight against HIV and AIDS. 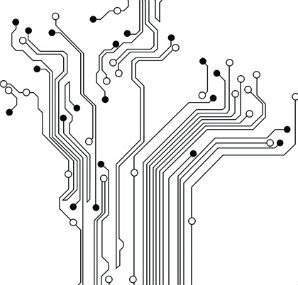 Microfluidic lab-on-a-chip (LOC) technologies are running late. For more than a decade, their potential to revolutionise the healthcare sector has been widely discussed in the lay and specialist media. Effectively shrinking a laboratory into a handheld instrument, LOC was expected to yield low-cost, simple and effective devices capable of carrying out accurate point-of-care (POC) diagnostics.

But, as recently as 2012, an article in Lab on a Chip, a specialist journal published by the Royal Society of Chemistry, claimed microfluidics "still has not yet been able to live up to these expectations", and last year, a piece in The Lancet said the field offers only "great promise" for rapid diagnostics. The technology, it would seem, is still a dream rather than a reality.

This is not to say no progress has been made at all. In the West, microfluidic LOC devices have had major impacts on healthcare delivery – glucometers are widely used to check the blood glucose levels of diabetics, and home pregnancy tests are commonplace.

But it is in developing countries, where infectious diseases such as HIV and AIDS, malaria, measles, tuberculosis (TB) and lower respiratory conditions still kill millions of people each year, that LOC is most desperately needed – and where the technology has largely failed to reach. By allowing accurate disease diagnosis, it could help to prevent the majority of these deaths. So why is uptake still so low?

"The issue is not with POC devices themselves but the business model under which they are produced," says Dr Frederick Balagaddé, assistant investigator at K-RITH (KwaZulu-Natal Research Institute for TB and HIV) in Durban, South Africa.

"We shouldn’t fault LOC: if you look at the literature, it’s replete with medical devices created by scientists workingin academic research labs. However, most of these are really just proof of principle – the most the scientists can get out of it is a publication. Before these devices can actually be used by people, they have to go through a product development cycle. That’s the work of business developers, and they will only develop a product if there’s a return on investment, usually by a factor of ten."

"If you could provide a diagnosis in real time, the patient would leave the hospital with their medicine. That would really improve the disease-management landscape."

Selected for the TED Senior Fellowship programme in 2009, Balagaddé heads an independent bioengineering research project using microfluidic chips to develop low-cost, sample-in-answer-out HIV and TB diagnostic devices. It is an issue particularly close to his heart: growing up in Uganda in the 1990s, he witnessed first hand the carnage wrought by HIV.

"At the time, in the absence of antiretroviral drugs, HIV was pretty much a death sentence," he recalls. "I didn’t have the means to do anything about it other than observe. But the need for innovative solutions became etched into my mind."

Obtaining the necessary investment from business developers is now, Balagaddé believes, the main hurdle facing widespread use of microfluidic LOC diagnostics in developing countries. The root cause of the problem is painfully simple: nobody wants to invest in a product whose chief beneficiaries are poor; where would the profits come from?

"The business model that brought us POC LOC systems like the glucometer, and ovulation and pregnancy tests may well be unable to do the same for the developing world, where the primary users have little money," says Balagaddé. "What is needed is a new kind of investor that, while recognising financial remuneration, is also focused on the social returns. The engineering and development of these devices is not a very difficult thing, but it does require time and funding."

If HIV LOC diagnostics were to receive anything close to the level of investment enjoyed by devices oriented more towards Western markets, the impact on healthcare in many developing countries would likely be little short of revolutionary.

Currently, the majority of HIV patients in limited-resource environments are treated with a standardised drug cocktail. This is often insufficient to deal with particular subtypes of the disease, and, along with a lack of monitoring, can result in patients unknowingly carrying and spreading drug-resistant forms of HIV. This is more dangerous and expensive to treat.

What is more, the numbers are increasing: Balagaddé says some studies now put Uganda’s drug-resistance rate as high as 12%.

Introducing LOC diagnostics could change all this. Using a handheld device, it would be possible for healthcare workers to analyse a patient’s blood sample and accurately test for specific forms of HIV.

The process is also easily repeatable, allowing for regular monitoring. Medication could then be tailored to meet individual patients’ needs, significantly increasing efficacy as well as minimising drug-resistance and vastly reducing the amount of money and medicine wasted on ineffective treatment.

"Developing regions have the highest disease burdens in the world but the least capability to deal with them – it’s estimated Mozambique has only one doctor for every 50,000 people," says Balagaddé.

"It’s highly unlikely enough hospitals will be built or health workers trained to meet existing demand. But LOC allows us to effectively scale-up manpower: you could fit, for example, 100 medical tests on a chip operated by one human being. That means one person could do the work of 100 people. It could also be operated by those of a very low education level."

LOC diagnostics would also require only finger-prick blood samples rather than the multiple test tubes of conventional blood tests. Finger-prick blood is easier to obtain from sick patients, and the test also calls for a lower level of expertise from health workers. Reagent volumes would also be much smaller, reducing costs.

"The other key issue is lost-to-follow-up," says Balagaddé. "When patients come in to be treated, they usually leave blood samples that are then shipped to a laboratory for testing. Often, people have given up a day’s work and travelled many miles to come to the hospital. So, once the blood sample’s been taken, you can lose them – they may never come back.

"But if you could provide a diagnosis in real time, the patient would leave the hospital with their medicine. That would really improve the disease-management landscape."

With so much potential, it is all the more demoralising to remind ourselves that LOC HIV diagnostics remains unlikely to draw investment from the big medical device firms.

Yet Balagaddé is still full of hope. His work has attracted attention, along with funding, from a major philanthropic medical research organisation: the Howard Hughes Medical Institute.

"This technology still has the potential to save half the world, but only if the other half decides it’s worth paying for."

Along with its investment in K-RITH, the group has recently commissioned a multimillion-dollar clean room facility in Durban, focused entirely on developing LOC platforms for scientific research and diagnostics.

"You will have scientists from sub-Saharan Africa – people who are most affected by the devastation – all being trained together to create a home-grown solution. That’s how technology starts, you need a critical mass of scientists coalescing and working on important problems," says Balagaddé.

"They also have the most comprehensive understanding of local needs and will constantly be reminded of the issues; there’s a hospital in the neighbourhood where you’ll find toddlers struggling with drug-resistant TB. So they’ll be able to incorporate a social and cultural awareness into the technological development.

"Any solutions that are developed locally will also have a much lower price point than something that comes out of a place like Silicon Valley. I think we’re going to see unprecedented outcomes."

While the Howard Hughes investment is certainly a step in the right direction, it pales in comparison with the vast sums of money spent on developing existing successful LOC products like the glucometer. If this technology is ever to be used for widespread diagnosis of the infectious diseases still plaguing developing countries, it is imperative for other major organisations to supply further funding.

Balagaddé is optimistic that this too will come. "There is now a global awareness of social returns on investment. People are beginning to recognise that the world is a collective place, that diseases of the third world are not just third-world problems – they can affect us all," he says. "As a result, investors are beginning to put money into areas where they may not even expect a financial return.

"You see organisations, like the Gates Foundation, investing millions of dollars in vaccine development, despite many of the trials failing."

He also hopes the governments of developing countries will play a more central role, spurred on by the argument that a population dogged by illness is incapable of creating economic growth.

But little support has been offered so far, and persuading cash-strapped, often corrupt state authorities to spend money on a long-term health initiative will no doubt be challenging.

When outlining the case for LOC during his TED talk in 2010, Balagaddé chose to emphasise the risk posed to the West by drug-resistant strains of HIV: "What begins as a tragedy in the third world could easily become a global problem," he said. "The last thing we want to see is drug-resistant forms of HIV popping up all over the world."

His decision to focus on the potential impact on developed nations, rather than the millions of deaths occurring now in developing countries, reveals the heartbreaking truth behind LOC diagnostics: this technology still has the potential to save half the world, but only if the other half decides it’s worth paying for.