Source code – the outsourcing market in 2016

New taxes and regulations, eroding price margins and the pressure to get products to market quickly have encouraged OEMs to embrace outsourcing in recent years. But while manufacturers appreciate the advantages it can offer, there are some areas where control remains key. Medical Device Developments investigates the outsourcing landscape in 2016 with Cirtec CEO Brian Higley and Medi-Vantage president Maria Shepherd. 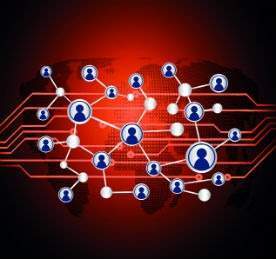 Medical device companies working in the US were hardly in need of any additional cost stresses when, at the start of 2013, a new industry tax came into force as part of President Obama’s Affordable Care Act. Pressure from hospitals with tighter budgets, shorter product life cycles and other government regulations were already squeezing profit margins, but the medical device excise tax really hit bottom lines hard.

On top of higher prices, staff cutbacks and reduced R&D spend, the tax was one of a number of factors that drove an increase in outsourcing, one of the major trends in the medical device industry in recent years. While it may not have been the sole factor, it was certainly another entry on the list of reasons for companies to move in that direction.

"When it first hit, there was a great deal of focus on driving down development and manufacturing cost," says Brian Higley, CEO of Cirtec Medical Systems. "If you look at the cost to manufacture a product internally versus externally, it is less expensive for an OEM to outsource, particularly for those that have facilities in the US. A lot of contract manufacturers have offshore locations in places like Costa Rica and Mexico, so the easy thing for many OEMs is to move it offshore and take cost out."

In December 2015, however, a two-year moratorium on the medical device excise tax was announced after a bipartisan agreement in Congress. Unsurprisingly, the industry reacted positively.

We use so many different types of technology that no one medical device company can be an expert in all of them.

"Suspending the tax will be an important step in addressing the harmful effect it is having on research and development, and continued medical progress," Vincent Forlenza, chairman of the industry group AdvaMed, said at the time. But will the temporary reprieve do much to reduce the cost pressure facing firms and, by extension, the motivation to outsource? Not according to Maria Shepherd, president of Medi-Vantage, a consulting firm for medical device companies.

"It has only been introduced for two years, so we don’t really know what is going to happen in the future," she says. "It’s great there’s a moratorium on the tax, but medical device companies, like any large industry, have to look five to ten years ahead. There’s a huge amount of momentum in the industry to try to get rid of this tax permanently, but with the risk that it might come back in two years, there are still big financial constraints on everyone."

Stick to what you know

Of course, economic challenges are not the only thing motivating medical device companies to outsource. When it comes to manufacturing, lower labour costs and conserving financial resources are clearly key, but with R&D, the drivers are multifactoral.

"It has a lot to do with cost pressures, but it’s also about using the core competencies of contract R&D companies," Shepherd says. "Some of these companies are broad-based and have expertise in many areas of medical device marketing, but many of them specialise and are often very technology focused.

"So the goal here is to make sure we are using the best possible resources to be able to develop new products, and meet the innovation needs of hospitals, patients and physicians. We use so many different types of technology – software-based technology, electronic technology – that no one medical device company can be an expert in all of them."

By way of example, Shepherd offers a case involving her previous employer – Boston Scientific, a worldwide developer, manufacturer and marketer of medical devices. "They are largely a non-capital-equipment catheter-based technology company," she says. "Their area of expertise is mostly in catheters and implantables. What would happen if they needed to create some sort of companion monitor for a product? Would that be a competency of theirs? Probably not.

"Of course, anyone can acquire that level of competency, but would it be cost-effective? If, for example, you need to have some sort of console or monitor to go along with one of your devices, you’d go to a company that specialises in manufacturing those things, that makes electronic monitors and other similar systems."

Quality issues can also be a problem that leads OEMs towards outsourcing: only the day before our interview, Higley says he fielded a call from an OEM having quality struggles, and looking for a partner to work on the product’s design and manufacture.

"It’s not uncommon for an OEM – small, medium or large – to launch a product on a shoestring budget and try to get something out to market quickly, only to find out it has some quality problems," he says. "So they’ll reach out to a contract manufacturer that has design capabilities, and can redesign the device, redevelop the process and relaunch the product with their own facilities.

"These large OEMs are watching their overheads to be competitive, so it’s easy to go to someone that has the resources available, can scale accordingly and get a product launched," Higley adds.

Speed to market is also important. The need to develop and sell a product quickly has increased over the past decade, but large medical device companies often struggle to develop new technology in the necessary time.

"They can get very bogged down in bureaucracy and of regulatory processes," Shepherd states. "It’s not that smaller R&D-focused companies don’t have these types of systems, but they aren’t so bogged down; they are more nimble and better able to meet project timelines in order to get products on to the market faster."

So what do OEMs in the medical device industry look for in a partnership and what are the qualities that a contract manufacturer working with them needs? For Shepherd, there are certain must-haves: "They all have to have good-quality systems," she says. "Strong documentation and regulatory systems all need to be built into the product they are providing to their partners, and they also need to have technical quality."

While these are given for Higley too, he explains that the answer usually varies according to the kind of company in question. "Start-ups are looking for fully capable, innovative partners who can basically take you from point A to point B, whereas large OEMs are looking for low-cost manufacturing and low-cost engineering," he says.

"They want something that matches their footprints: if they are global company, they are going to look for partners that operate in some of the same regions where they want to manufacture products."

While the outsourcing market continues to grow, there are certain areas where OEMs are still unlikely to give up control. Firstly, you have the high-risk products such as Class-III medical devices. "There are components, like stents, where many companies feel like it’s too much of a risk to outsource," Higley says.

Secondly, you have what he calls an OEM’s "secret sauce" – something that nobody in the market can do better. "Some of the large OEM catheter manufacturers might believe that extrusion is their core competency," he says as an example. "So they will look for a manufacturer that can take their catheter shafts and assemble them, but they’ll retain the extrusion because they feel like nobody can do it better."

Finally, you have areas involving disruptive technology, where no contract R&D company will have the competence to produce or manufacture the product. "When you first have this new, disruptive technology," says Shepherd, "you really want to keep close control over the product development, launch and manufacturing: you can’t risk turning it over to a contrract manufacturing R&D company that may not have expertise in all of the nuances that you are trying so hard to be able to understand."

Will any of this change? Though it’s hard to imagine high-risk products suddenly being handed over to contract manufacturers, as the market expands and more areas embrace outsourcing, it is clear that OEMs are becoming less cautious about the need to retain in-house control.

"I’ve been around a while and have seen the industry evolve," Higley says. "Early on, the OEMs were looking for manufacturing partners. They developed and prototyped a product, and they would look to contract manufacturers to take the prototype and manufacture it.

"Today, they are looking for full service: design, development, manufacturing, regulatory, sterilisation and supply-chain management. Yes, it’s a very slow process, but I think they are getting more comfortable with us taking different capabilities."

As with anything else, in the end, it depends on the OEM in question. Innovative companies that are under that little bit more pressure may feel more relaxed with the idea of giving up further control, but others may not. For Higley, if more areas are to be outsourced, it’s down to contract manufacturers to prove their worth.

"I think it involves persistence on our side," he says. "Persistence, and demonstrating our capabilities and our qualities, so there are no adverse events and no recalls. This is what will allow OEMs to slowly move this way."