We focus on what regulators have learned from the pandemic and how EUAs have raised questions about how they operate outside of emergencies. 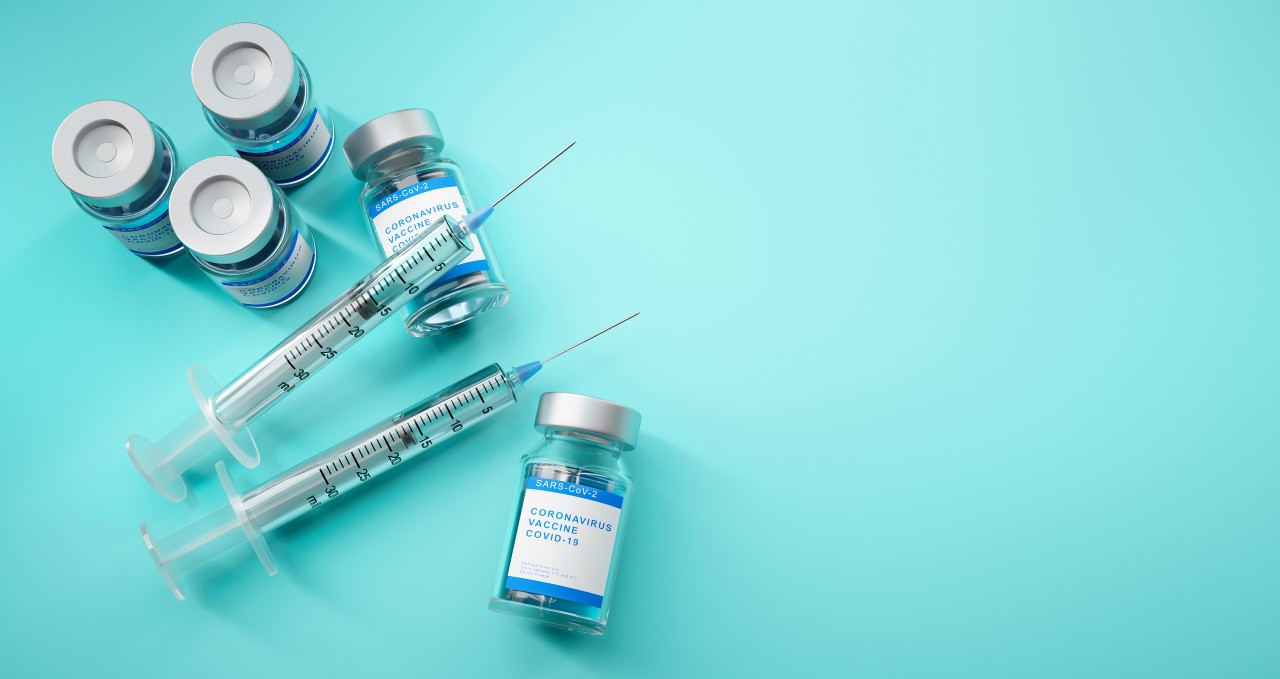 Prior to the Covid-19 pandemic, EUAs were most notably used during the swine flu pandemic, when 22 were granted. (Credit: peterschreiber.media/Shutterstock.com)

Emergency Use Authorisations (EUAs) have seemingly been given left, right and centre by the FDA during the Covid-19 pandemic. The regulator has been praised for how quickly it moved to ensure the volume of mechanical ventilators, IVDs and PPE was adequate – but does the efficiency of the EUA process raise questions about how regulators operate outside of emergencies? Peter Littlejohns asks Kim Trautman, vice-chair of the Industry and Professional Advisory Council at Penn State University College of Engineering, and Dr Jeffrey Shuren, director of the Center for Devices and Radiological Health at the FDA, what regulators have learned from the pandemic.

A regulatory office doesn’t often conjure up images of speed and efficiency. After all, it’s not usually the rule-makers that have to innovate. But when the Covid-19 pandemic led to increased demand for the devices that help treat, protect against and test for the SARS-CoV-2 virus, the FDA rose to the challenge and softened the requirements for using certain technologies in the field. What a lot of people won’t know, however, is that many of the provisions that allowed for this were drafted all the way back in the mid-1990s.

“Regulations don’t change fast, which is why back in 1996 we added some provisions to allow for something like this,” says Kim Trautman, former associate director of international affairs at the FDA Center for Devices and Radiological Health (CDRH).“We put in provisions so that under emergency circumstances, the agency would be able to waive certain aspects of the quality systems regulation.” Trautman knows these provisions better than anyone – she wrote them.

During Trautman’s 24-year stint at the FDA, the US Congress also signed the Project Bioshield Act of 2004, which expanded on her provisions and gave the FDA further authority to relax regulation by introducing the Emergency Use Authorisation (EUA) programme. Prior to the current pandemic, the new legislation was used in response to outbreaks of SARS, MERS, Ebola and Zika, but most notably during the H1N1 pandemic also known as ‘swine flu’, when 22 EUAs were granted.

Yet, the number of emergency authorisations given in the 16 years prior to Covid-19’s arrival in the US seems tiny now. As of today, 420 tests and sample collection devices are currently authorised by the FDA under the EUA programme, according to the latest update from the regulator.

If the EUA programme was part of a scientific study, then Covid-19 gave it the largest amount of sample data so far, and much like a study, the experience has taught the FDA lessons that could result in changes to non-emergency regulatory practice.

To understand the insights gleaned from the EUA programme during the pandemic, it’s important to grasp how it operates. “The EUA standard is different from the standard during peacetime, if you will,” says Dr Jeffrey Shuren, director of the Center for Devices and Radiological Health (CDRH) at the FDA.

“The EUA standard is that a device ‘may’ be effective, so it’s a lower bar that balances having at least some confidence a medical product works, while also expediting access to it.” In practice, this means the amount of data manufacturers are required to show the regulator before they are able to take a product to market is far less than it would be under normal circumstances – so long as they can provide adequate safety data.

The agreement on the part of the companies is that they continue to collect both safety and efficacy data from the use of their product and report this to the FDA, so that devices that prove unsafe or ineffective can be quickly removed from the market.

With the EUA programme so rapidly and widely administered, some have voiced concerns that a precedent might be set that pressures the FDA to continue the relaxed requirements long after the pandemic.

But Shuren says the standard of a “reasonable assurance of safety and effectiveness” will not change for non-EUA applications. “It would not be the EUA standard that [a product] may be effective. That’s a lower bar that’s appropriate in an emergency, but not in a non-emergency setting.” But while regulatory requirements may not change, given the right political support, exactly how they’re met could.

“The EUA authorities allow tremendous flexibility in crafting what it takes to meet [the requirements], and to adapt much more quickly,” says Shuren. “In non-emergency settings, the pathways to demonstrate that standard… have much more prescriptive requirements that may not be appropriate for particular technologies.”

One example he gives is products that fall under the category of Software as a Medical Device (SaMD). These products, he says, have much shorter innovation cycles than the hardware for which the current regulatory framework was designed.

“Having the kind of flexibility we have with the EUA authorities would allow us to craft those pathways to better fit the technology and its innovation cycle, while still having in place appropriate patient safeguards.”

Ultimately, he believes this would better drive innovation in medical technology – but it would also require a change in US law.

A direct EUA approach for regulators

Another lesson learned from the Covid-19 emergency was linked to the inability of manufacturers to travel. Prior to the pandemic, pre-submission meetings were held by the FDA to allow companies to come and get opinions on the technical aspects of their devices.

“Literally, people would come to Rockville, Maryland, to FDA’s campus,” says Trautman. “It costs a lot of money for people, wherever they are on the globe, to pack up their executives and technical team and march them down.” What’s more, if manufacturers had further questions that needed addressing, they had to request another meeting and make a second schlep to Rockville.

With the restrictions imposed by Covid-19, the agency pivoted to a more direct approach to interacting with manufacturers, using video conferencing tools to conduct presubmission meetings and other requests for input from the FDA’s experts.

“There are two means of communication in particular that I want to highlight,” says Shuren.“The first being our holding of a weekly webinar for [IVD] developers, which started the first week of March 2020. This has been very helpful in conveying information and answering questions. It’s very resource-intensive, but under the circumstances, it provided value to all parties.”

The second, he adds, is the agency’s pre-EUA programme, which allowed developers to request ‘very fluid interactions’ with experts at CDRH. The result, at least in the IVD space, was the reduction of a process that usually takes months to a matter of weeks.

“This kind of engagement, combined with the flexibility of the EUA standard, was absolutely critical in facilitating the more rapid development of validation and authorisation of medical devices during Covid-19. I would like to see that level of engagement occur in non-emergency situations.”

The challenge that comes with this fluid interaction is that it’s very resource-intensive for the FDA, and for that reason, Shuren has proposed that it be implemented for products designated as Breakthrough Devices, as well as within its Safer Technologies Program (STeP) for medical devices.

These schemes are geared toward introducing technology for an unmet need or improving the safety of a current treatment pathway, which Shuren says makes them ideal candidates for the extra attention.

Shuren’s desire for a more flexible regulatory system isn’t just a result of Covid-19, he’s been arguing for it within the industry and in regulatory circles for several years. The context in which this matters, however, isn’t just the need for greater patient access to innovative new devices; the US also wants to be competitive in the international marketplace.

Shuren notes in a recent article for the Regulatory Affairs Professional Society (RAPS) that when he became director of CDRH in 2009, devices were being approved overseas before they came to the US due to increasing review times and a lack of predictability and transparency in the FDA’s pre-market review process.

Trautman was working at the FDA when Shuren took the reins at the CDRH, and she also remembers this being the case, adding that much of his career since has been focused on shortening the time to approval for devices while maintaining FDA standards.

“For a company, strategically it was great, because they could get a CE mark with less evidence, put [their product] into the market and use real-world data to capture the rest of the evidence and package it up to bring to the FDA,” says Trautman. “Dr Shuren and several senior leaders continually got beat up by Congress, who were saying ‘innovative devices are going outside the US to Europe before they’re coming here – what the heck is the issue?’”

In response, Shuren would point to the fact that the CE mark didn’t actually put devices into physicians’ or patients’ hands, and that they had to go through a reimbursement approval process in each EU member state before they could have any real benefit.

Trautman recalls him referencing cases in which the lack of clinical evidence required for a CE mark resulted in “significant problems” with the devices – which most notably happened with the PIP breast implant scandal. Tellingly, this 20-year timeline of failures, along with other notable cases, contributed to the EU’s decision to dramatically tighten regulation in the form of the European Medical Devices Regulation (MDR) and In Vitro Diagnostic Devices Regulation (IVDR).

While much of Shuren’s career has been focused on trying to ‘swing the pendulum’ by making it a more attractive proposition for companies to vet their products in the US first, Trautman says “Europe handed the US a gift” by creating the MDR and IVDR. “Now, it’s more advantageous to bring products to the US market first,” she adds.

More changes to come for EUAs

In future, Trautman believes the EU will need to balance the tough restrictions put in place by the MDR and IVDR, so that the pendulum that’s currently swinging towards the FDA reaches a point of greater equilibrium – but she says this will probably take between five and ten years.

In the meantime, Shuren continues to push for greater flexibility to tailor device approval requirements across the FDA’s numerous pathways, so that they better fit the technology of today. The experience of Covid-19, he believes, could help him convince Congress to make the necessary legal adjustments.

“These kinds of ideas take time to settle in the minds of folks, but Covid has helped,” he says. “As big opportunities come up to make changes to US federal law as it applies to the FDA, these kinds of issues come to the fore.”

Next year, the legislation that allows the FDA to collect user fees – a revenue stream that provides nearly half of its $6bn budget – expires and will require reauthorisation. It’s at this time Shuren hopes to gain the political allies needed to make his regulatory vision a reality.