From stretchable electronics compatible with human skin to functioning ears, there seems to be no end in sight for 3D-printed medical devices. With technology progressing at a dizzying pace, Michael McAlpine, associate professor of engineering at the University of Minnesota, tells Bradford Keen how to regenerate nerves, the importance of biocompatibility, the need for high-speed, plug-and-play 3D medical printers, and what this could mean for manufacturers. 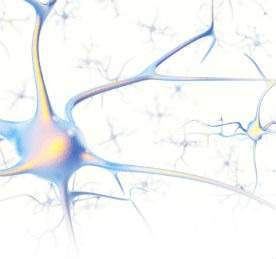 The speaker primed the printing device with flour and food colouring as the audience watched a perfectly formed baked treat appear before their eyes. As if that wasn’t impressive enough, the sliced-open muffin revealed a letter written in food colouring.

“It was an espionage muffin,” says Michael McAlpine, associate professor of engineering at the University of Minnesota. “I was watching and I thought this was amazing technology, so I went back to the lab and said, ‘We have to buy one of these and do something with it’.” This happened in 2011, when McAlpine was assistant professor of mechanical and aerospace engineering at Princeton University, and, although 3D printing of hard plastics has been happening since the 1980s, the muffin moment helped shape much of his work.

Since then, McAlpine and his team have pushed the boundaries of medical science by developing technology to 3D print electronic sensors directly on to human skin. While this is where their focus lies at present, McAlpine has, through the years, compiled an impressive catalogue of medical achievements, including a printed human ear.  “I didn’t necessarily think it was going to be some long-term thing,” McAlpine says, “but we used the printer to print cells and electronics, and merge them together in 3D to make the ear. I thought it was really cool how you could put all of these different functionalities in this printer.”

The organ McAlpine is talking about came into three-dimensional being in 2013 when he and his nine-member team combined bioprinting and electronics to make a human ear complete with cartilaginous tissue and capable of processing sounds outside the normal human range.

When McAlpine moved to Minnesota, he decided to pursue 3D-printing technology with the fervour of a mad scientist and the pragmatism of a straight-laced accountant.

“There are so many advantages to this tool,” he says. “You can set it up in your lab; it’s not that expensive – maybe $50,000 – and you put together all these different functionalities and print all kinds of amazing devices in 3D. It’s multidimensional, multifunctional, multiscale and just really awesome technology. We are only at the beginning of the types of things we can do.”

Simply talking about what McAlpine has already done sounds like imaginings of the future. He has 3D printed LEDs that could lead to use in contact lenses and followed that up with regenerating the sciatic nerves of rats.

“We weren’t aware of people using 3D printing for nerve repair,” he says, “but if you think of a spinal cord injury or peripheral nerve injuries, these are catastrophic events for someone who is paralysed or has lost the feeling of touch or motor control, so we wanted to see if we could print something that could heal nerve injuries.”

“You have this complex network of nerves in your body, and you can scan that network and get its exact typology, and print a device – a silicone tube – that matches perfectly with those complex nerve branches,” McAlpine continues.

“There is no biology in the guide but it’s matched geometrically to the nerves, and once you implant it, they have a pathway to grow so they know which way to regenerate.”

While rats have had their sciatic nerves regenerated in this way, the procedures have yet to be done on humans, which is a struggle McAlpine is discovering even among his students.

With his current work on 3D printing tactile sensors directly on to human skin, McAlpine jokes that he’s had to settle thus far on a prosthetic appendage: “My students are too scared to put their own hand there right now, but at some point I’m going to force them.” After taking a 3D scan of the hand, which is needed to print the sensor on to the curved surface of a finger, McAlpine used four printing heads to deposit multiple inks, layer upon layer. The first ink is pure silicone, which forms the base layer on the finger, followed by another head applying the bottom electrode from 75% Ag/silicone ink. The third 68% Ag/silicone ink prints the sensor layer, followed by a second application of the pure silicone ink, known as the isolating layer. The fourth head prints the sacrificial ink, known as the supporting layer, completed finally by another layer of 75% Ag/silicone for the top electrode.

“The tactile sensor can respond to pressure, so it’s like a bionic skin,” he says. “You put it on a wrist to measure your pulse, on the heart to measure contractions, and on a robot or surgical tool to give it the sense of touch.

As explained in a recently published paper in Advanced Materials, an important component of this research is that printing and curing processes happen at room temperature, and no longer demand lots of heat to ensure electronic connectivity.

When it comes to printing these types of devices, it is essential that the materials used meet certain requirements, such as conforming to the mechanics of the human body. Skin’s ability to stretch and flex needs to be mimicked in the devices to allow unhindered movement and comfortable wear, and biocompatible materials are required so they don’t irritate the skin or the body’s other organs.

Although the future of 3D printing looks triumphant, there are, as always, challenges that need to be overcome in order for manufacturers to achieve widespread success.

A major selling point of commercial 3D printers is the plug-and-play capability. Users need only design some sort of 3D object on the printer software, set it and print. The problem is that these printers are limited to basic, hard plastic objects. There are bioprinters being developed, but they are too rudimentary to get excited about at this stage.

“The challenge is being able to move away from hard plastic, which has limited value as it’s too hard for the body,” McAlpine says. “The body wants something soft but it also wants functionality, so maybe it needs embedded electronics to promote wound healing or capsules for chemical release.”

Once manufacturers begin to introduce real-value functionality into 3D printers, such as the team at the University of Minnesota have done, there will be substantial gains for the industry.

“Right now, we need a team of PhD and post-doc material scientists to understand how to print these things, integrate them and formulate the inks,” he says. “It needs to get to the point where everything is plug-and-play, like the way these hard plastic printers are now, and you can make any kind of functionality you want.

This type of enhanced and simplified user experience is essential as healthcare providers – the people who would most likely be using these devices – do not have time to learn about material science and formulate different types of inks.

Not only do plug-and-play capabilities need to be easy to operate, but 3D printers will also have to work much faster. If you consider the time frames medical doctors are faced with, and that printing a device could take as long as 24 hours, a patient in an emergency would not be well served by this technology.

Another urgent matter that will need to be addressed is regulation. McAlpine is quick to explain that this does not really fall into his area of expertise, but he has spoken to people at FDA about the importance of adaptable and agile decision-making.

“They are aware of the challenges, but they are also aware of the possibilities,” he says. “Usually, regulations are done so that every device is exactly the same – that’s how you achieve uniformity.”

The very power of 3D-printed devices is their ability to be customised geometrically and anatomically to fit patient-specific needs, which requires a fresh approach.

“FDA is trying to formulate regulations that can be flexible and dynamic to accommodate these different types of systems,” McAlpine continues, “but they will need to be pretty creative to do that.”

The sky’s the limit

While 3D printing has evolved from basic polymers to biocompatible electronic and augmented organs, there is still plenty that can be done with the technology.

McAlpine uses the example of a soldier in a remote location, far from headquarters or back-up, needing to print a device on their body. This could include energy-harvesting devices such as solar cells to wear on their bodies, or clothes to harness power and reduce battery weight. Printed sensors on the body could detect chemical or biological warfare, and injured soldiers could print a biomedical device to heal their wounds.

“There are so many different things,” he says. “If you can reach the point where it is portable, you can put it in your backpack with some raw materials like cells and basic electronic materials, and you would be able to print out what you need.”

It’s not hard to see how this kind of technology could be applied to the general public. Perhaps emergency medics could carry these printers in order to manufacture devices to tend to wounded victims and, just as soldiers could print sensors to detect dangers in the air, so too could asthmatics and sufferers of allergies know to avoid high-risk areas.

“This functional aspect of it – beyond hard plastics to functional materials and devices – that is the killer application of 3D printing and, once you achieve that, there is no limit to the kind of functionality you can put into these things,” McAlpine says.

It started with getting excited about an espionage muffin, but McAlpine has channelled this energy into significant breakthroughs for 3D-printed devices. With the capability to print stretchable electronics and biocompatible devices directly on to human skin already proven, the future does indeed look limitless. Now, if only the associate professor could find a human hand to print on.