Technology for social good start-ups specialising in energytech, healthtech and envirotech pitched their innovations at the Unbound London festival 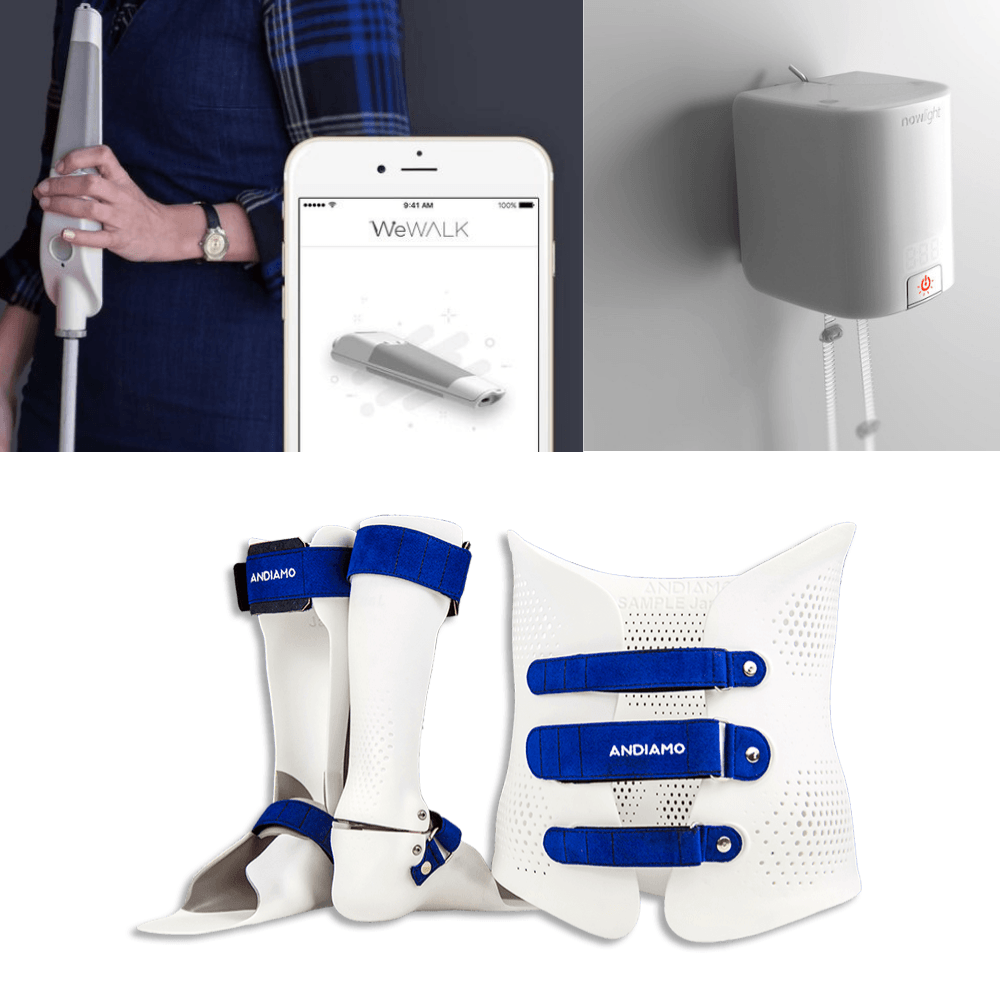 Start-ups from across the fields of medtech, energytech and envirotech pitched their innovations

From 3D-printed braces for disabled children to AI-powered walking canes revolutionising mobility for the visually impaired, technology is being used for social good by a number of start-ups.

Six companies from across the fields of medtech, energytech and envirotech pitched their innovations in a bid for funding at the Tech for Good Startup Battle – part of the Unbound London festival – earlier this year.

Together with Technology Innovation Pioneers (TIP), based in the United Arab Emirates (UAE), Unbound had selected the six European start-ups, which are working to develop devices that solve some of the world’s most pressing problems and have a positive social impact to showcase their creations.

Here we profile each start-up that took part in the competition and is hoping to equip the world with technology for social good.

Created for the visually-impaired, WeWalk’s smart cane is an electronic handle which can be attached to the traditional cane.

It was developed by engineers at Turkish non-profit Young Guru Academy and home appliances company Vestel, which have combined to create a new business with the same name as the product.

It can detect obstacles above chest level with ultrasonic sensors, warning its users and redirecting them using vibrations, along with a front LED light to help partially-sighted users see in the dark.

The product is integrated with Amazon’s virtual assistant Alexa and Google Maps, allowing its consumers to send commands for where they want to go via their mobile phones, receiving step-by-step instructions via the smart cane.

WeWalk was picked as the winner, gaining the opportunity to travel to Abu Dhabi and take part in TIP in November, initiated by the UAE’s Ministry of Economy and the Department of Economic Development in the country.

The prize also consists of a $3m investment, as well as chances to sign deals with international customers.

Andiamo was founded in 2012 by Naveed and Samiya Parvez after their nine-year-old son Diamo passed away from cerebral palsy, having struggled to get him the braces and splints he needed to support his body.

Throughout his short life, Diamo underwent several fittings for specialised orthotics which, when ready, were often ill-fitting as he had outgrown them.

The frustration and dejection that went along with the process the family endured prompted Naveed and Samiya to start their own venture to try and improve children’s orthotics.

As well as braces, these can also include insoles, splints, callipers, footwear, spinal jackets and helmets – with the aim of helping people recover from injury or live with lifelong conditions.

Based in London, Andiamo uses a handheld 3D scanner and printing technology to create orthotics for children who are unable to use their limbs to eventually create new customised wearable support.

The scanning process takes up to 90 seconds and uses high-speed cameras that take photographs from different angles.

They are then digitally put together to make a 3D image that feeds into the 3D printer to manufacture the orthotics.

Mr Parvez says it can be used by people with a range of conditions to relieve pain, increase mobility and help protect tissue while it heals “so no other child or family has to go through what we did”.

Developed by the London-based start-up, the modular system creates instant light and electricity from the pull of a cord.

One minute of constantly pulling the cord will create more than two hours of light or enough battery life to power a mobile phone – which can be connected through a USB port – for 15 minutes.

To date, Deciwatt has raised more than £130,000 from more than 1,800 backers in an Indiegogo crowdfunding campaign.

It conducted user trials in refugee camps in Uganda and Rwanda before its commercial launch in the summer of 2019.

Established in 2017, London-based Emsol claims to be the first internet of things company aiming to reduce road pollution by monitoring air and noise at an individual vehicle level.

Customers can monitor in real time the performance of individual vehicles, identifying breaches and making management decisions quickly and easily – including key times and places for users – to maximise the impact of air pollution interventions.

The “emissions-as-a-service” platform is built into three phases – detection, analysis and continuous monitoring.

One way it does this is by installing tags in thousands of vehicles, at a fairly low cost, to gather their telemetry and telematics data.

This is important as the company says excess pollution is caused by poor driver behaviour, excess idling and an overload of vehicles.

Co-founder Freddie Talberg was part of the first cohort for The Internet of Things Accelerator Wales (IoTA Wales) accelerator, which has enabled Emsol to rapidly develop the product offering and business model.

Developed by scientists from Imperial College London, GripAble is developing a range of accessible and affordable “smart” objects, alongside a gaming mobile app.

The technology has been made to encourage people suffering from movement and cognitive disabilities to engage in more therapy when they’re alone.

The handheld device connects wirelessly to a mobile app, which allows users to train finger, hand, wrist and whole arm movements through games designed to aid in rehab.

These can be played with others, which enables social interaction and connects users with carers and family members – all through its online community.

GripAble CEO and co-founder Dr Paul Rinne says: “We all know how hard it is to keep exercising, but imagine having to exercise every single day after suffering a life-shattering event like a stroke.

“I’ve worked for the last nine years seeing patients suffering from neurodisabalities and watch what they go through to try and regain function.

“For years, therapists have struggled to find tools that can engage their patients in their therapy, especially when patients are left alone or discharged home.

“Our solution allows much of the therapy that now takes place in hospitals to be performed by the patient at home while still under guidance and being supported by an online community, targeting increased motivation, compliance and ultimately reduced healthcare costs.”

Resilience Energy aims to turn all UK homes into personal power stations by allowing homeowners to produce, store and sell renewable energy via its managed service.

It’s claimed that people can cut their electricity bills by up to 80% and become energy self-sufficient from using the system, alongside selling excess electricity and battery capacity to the National Grid to help balance the its energy supplies.

Resilience founder and CEO Loic Hares says his company aims to play a huge role in helping the world move towards a greener and more sustainable future.