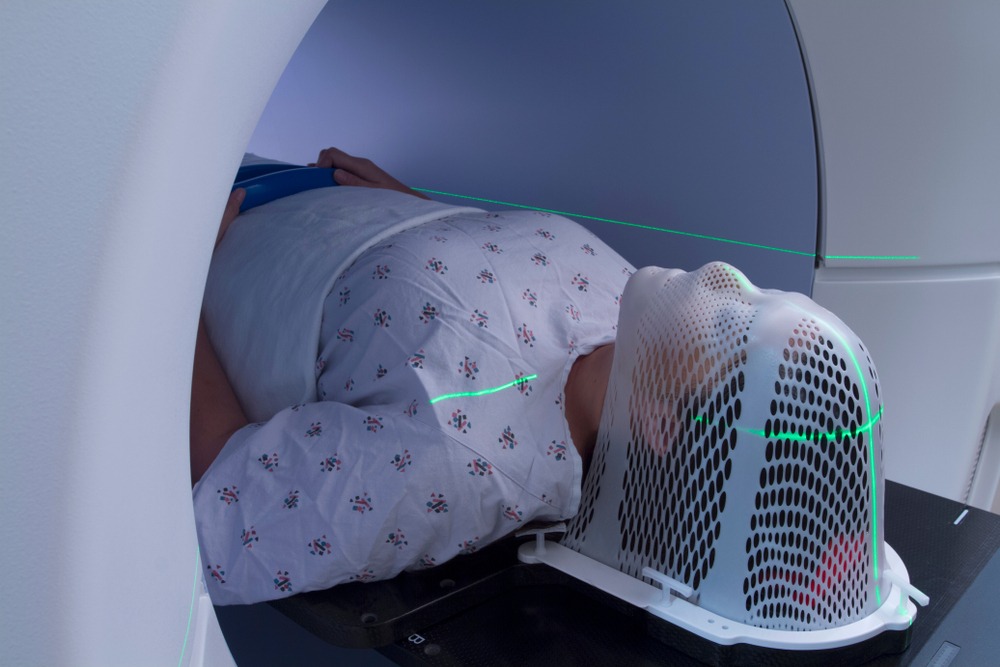 While advances in immunotherapy look promising, the standard treatment for the majority of cancers in the body is still a combination of surgery, chemotherapy and radiotherapy.

According to one research paper published in 2017, approximately 50% of all cancer patients undergo some form of radiotherapy during their treatment, of which there are three: external beam radiation therapy (EBRT), brachytherapy and systemic radioisotope therapy (SRT).

The technologies behind EBRT haven’t always been so sophisticated, and it’s taken many major advances to make external radiotherapy tools as precise as they are now when tackling cancer.

Here, we explore four ground-breaking improvements in this form of cancer treatment.

The first type of radiotherapy given to treat cancer was called conventional radiotherapy, and the planning process before the dose was delivered involved taking multiple X-rays using two different views at a 90 degree angle to each other.

This was necessary to localise an object in the body so that radiation beams were confined as much as possible to the tumour site.

But the accuracy of these X-ray images can be questionable given the use of only two viewing points and the fact a patient’s breathing can make the tumour appear to move slightly, creating the potential for harm to more surrounding tissue than is necessary when it comes to the EBRT procedure.

The Computed Tomography (CT) scan changed this by giving radiotherapists the ability to take multiple 2D images, called slices, and turn them into a 3D view of the tumour and surrounding organs, giving them a much more accurate way to determine the treatment area.

Initially, a lead-alloy block would be cut and placed in front of the beam to minimise the damage to healthy tissue, but advances in radiotherapy machinery have led to even more efficient ways to localise the beam and spare surrounding tissue.

The 3-dimensional conformal radiation therapy (3DCRT) described above is still widely used in radiotherapy, and advances like the multi-leaf collimator – leaf-like tungsten rods that can be adapted externally to conform to the shape of a tumour – have made it more efficient.

But intensity-modulated radiation therapy (IMRT) is another important advancement, given that it allows radiotherapists to control the intensity of the beams themselves.

This means the dose of radiation can be controlled more strictly, with its intensity elevated near the gross tumour volume and decreased or nullified completely when directed at neighbouring healthy tissues.

One of the most common forms of IMRT is VMAT (volumetric modulated arc therapy), which involves the rotation of a beam around the patient, coupled with the modulation of its intensity to hit tumours at every angle while sparing surrounding tissue.

The path and intensity variations of the beam are programmed on a computer connected to a machine known as a linear accelerator, which delivers the dose based on planning software used in conjunction with 3D imaging techniques – the latest of which harness not just the CT scan, but PET and MRI scans too.

IMRT and VMAT are typically used in cases where minimising the dose of radiation given to healthy tissue is paramount, like in tumours situated in the brain or near the spinal cord.

One possible method for removing a tumour is through surgery in a procedure known as a resection, which aims to cure the cancer completely or at least remove a large portion of the tissue.

Stereotactic radiosurgery was developed as a way to reach the same outcome without a patient having to go under the knife.

In stereotactic radiosurgery, patients have to be immobilised using a frame or even sedation because the treatment is carried out in one session and a much higher dose than with other forms of radiotherapy, usually involving multiple beams of light.

It’s the ability to completely ablate tumours using these higher intensities that give systems like the Gamma Knife and Cyber Knife – two stereotactic radiosurgery devices – their names.

In some cases, a mix of surgery and radiotherapy is required to treat cancers, and stereotactic radiotherapy tends to be used for small tumours in the brain and spinal cord that require sub-millimetre precision.

Radiotherapy requires multiple pieces of software that could easily appear on their own list of enabling technologies in the field, but one key component that continues to fuel advances in treatment is the use of artificial intelligence (AI) embedded in this software.

When the CT scan arrived and made the job of localising tumours easier, doctors still had to spend up to a week devising a treatment plan.

The use of a statistical analysis tool known as the Monte Carlo method allowed radiotherapists to run simulations based on knowledge about tumour density and beam characteristics in order to evaluate the risk of treatment on healthy tissues as well as calculate the dosage needed to destroy cancerous tissue.

But since then, the use of AI implemented at different stages has sped this process along even further, by using machine learning algorithms to detect and characterise tumour parameters and run simulations like this to output a treatment plan.

With a margin of error still in affect, these algorithms aren’t capable of achieving end-to-end treatment delivery without human input yet, but they do help guide radiotherapists and cut down the time it takes to diagnose, evaluate and deliver treatment.