Following the Protect Medical Innovation Act 2015, the US medical device excise tax may soon be repealed. Two and a half years since it came into force, the tax has already had a significant impact on the industry, presenting opportunities, as well as challenges. Medical Device Developments explores how the outsourcing market has been affected, and asks what the implications are for contract manufacturers partnering with cash-strapped OEMs. 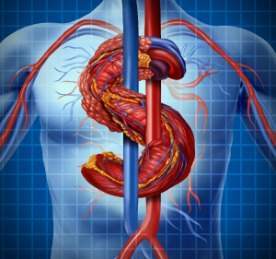 The US medical device excise tax has long faced opposition. Enacted in 2010, this 2.3% tax came into force at the start of 2013 and was intended to partially offset the cost of the Affordable Care Act. Despite the projected benefits for the US economy – it will collect around $29 billion of revenue in its first ten years – there has been a major push to have the tax repealed.

While the tax will cover less than 3% of the cost of Obamacare, the consequences for medical device companies are a subject of widespread concern. According to detractors, it stands to wreak irreparable damage in one of the nation’s most innovative industries, threatening jobs and R&D activity.

The tax covers all medical devices manufactured in, or imported into, the US (with exemptions for eyeglasses, contact lenses and hearing aids). Because it is applied to sales, not net income, no manufacturer is let off the hook.

In total, they are required to pay the Internal Revenue Service around $194 million a month in medical device tax payments, amplifying the significant cost pressures already upon the industry.

Even the Congressional Research Service has dubbed the tax ‘challenging to justify’, arguing that excise taxes are normally used to deter harmful activities, such as smoking, or to fund closely related government spending.

This argument has garnered widespread support from both sides of Congress, with a bipartisan bill, the Protect Medical Innovation Act, introduced at the start of 2015. Industry lobbyists, such as the Medical Imaging and Technology Alliance (MITA) have widely commended the move, claiming that taking a stand "will help promote economic growth and ensure patients are not unfairly denied access to medical technologies that can save their lives".

While OEMs are undeniably feeling the pinch, the implications for contract manufacturers are less clear-cut. Since they themselves are largely out of the firing line, it seems that many of them see the tax as an opportunity as much as a challenge. What kind of impact might the excise tax leave on the medical device outsourcing market? Below, we explore some of the factors at stake.

Who pays the tax?

When the Internal Revenue Service (IRS) issued its final regulations in December 2012, the guidance was limited in scope. At the time, certain commentators complained that the wording did not do justice to the complexities of the industry’s particular structure, failing to specify precisely who bore the brunt of the tax. In a business model so often predicated on an OEM-contract manufacturer relationship, which of the two parties was liable?

"Its detractors claim the US medical device excise tax stands to wreak irreparable damage in one of the nation’s most innovative industries, threatening jobs and R&D activity."

The IRS regulations did not provide a definitive answer, suggesting that this depended on the definition of ‘manufacturer’ in existing statutes, regulations, case law and the tax agency pronouncements.

"If more than one person is involved in the manufacture or importation of an item, such as a contract manufacturing arrangement, the determination of which person is the manufacturer or the importer is based on the facts and circumstances of the arrangement. The substance rather than the form of the transaction is determinative," read the guidance.

In practice, since the regulation came into force, the 2.3% cut has typically been shouldered by the OEM. After all, contract manufacturers generally do not have rights to control production and sale, and they do not own the intellectual property.

Sure enough, in Letter Ruling 201420004, released in May 2014, the IRS held that a contract manufacturer, Company 1, which produced a medical device for Company 2 under a licence agreement, was not the manufacturer for purposes of excise tax.

Of course, this ruling cannot be taken as universally applicable, and contracts are rarely straightforward. Even following this precedent, it is critical that OEMs and contract manufacturers alike familiarise themselves with the minutiae of their contracts, to determine which party really does need to pay. This may mean clarifying the wording on the arrangement, and if necessary consulting with legal or tax professionals.

Throughout the medical device sector, outsourcing is becoming an increasingly attractive proposition. With the global outsourcing market growing year on year, many OEMs are shaking up their business models in order to become more resilient against whatever challenges may arise.

Evidently, the excise tax is just one driver among many (we might also cite shorter product lifecycles, a more demanding regulatory landscape and compressed healthcare budgets – all of which pose additional pricing pressures). Still, the wider trend is clear – outsourcing is widely perceived as a useful way to protect bottom lines.

It has been estimated that outsourcing can help OEMs cut costs by as much as 30%. In this sense, where OEMs struggle, contract manufacturers are apt to thrive. The excise tax provides a clear example of this dynamic.

As budgets tighten, contract manufacturers’ services are likely to become more in demand, and many are positioning themselves as the OEMs’ natural ally in their bid to offset the tax. The industry, in fact, was alert to this possibility well before the tax came into force. As early as 2010, various manufacturing companies were considering the issues at stake.

"Leading [medical device] marketers are increasingly focused on core technologies and will rely on vendor partnering relationships to deliver R&D and manufacturing of critical, but non-core devices, such as guidewires and other interventional accessories," explained Jim Mellor, vice-president of sales and marketing at Lake Region Medical, on a release. "For Lake Region Medical, the pressure on major [medical device] companies presents a growing opportunity to further serve the industry."

A few months later, Bruce Carlson, publisher of Kalorama Information, added his voice to the debate: "The tax itself won’t force a firm to outsource. But since the law taxes revenues notwithstanding the cost of manufacture, it could add further pressure to bring costs down in order to restore profits."

Since then, it has been impossible to determine how much of the growth in outsourcing is directly tied in to the excise tax. What we do know is that OEMs are being forced to make structural changes. In late 2014, a survey by AdvaMed indicated that firms are reducing their headcount, with around 37,500 jobs lost to date, and that others are downsizing their R&D initiatives. Many are transferring their research or manufacturing resources abroad in a bid to avoid the cost.

A different survey, by Emergo Group, found that smaller companies have fewer options at their disposal, and are less likely to have taken action. Larger companies, by contrast, are more inclined to manage losses by cutting headcount, or R&D. Alternatively, they may pass the extra cost onto their customer – a strategy that, it seems, may adequately protect their profits.

Within this climate of upheaval, OEMs are becoming far more nimble and adaptive, and amenable to new business models. As a result, it seems probable that at least some contract manufacturers will flourish.

Where to go from here?

"OEMs are becoming far more nimble and adaptive, and amenable to new business models. As a result, it seems probable that at least some contract manufacturers will flourish."

The future of the excise tax remains open to question. If the Protect Medical Innovation Act is passed, this will repeal the tax retroactively to its first year of implementation, and companies that have already paid the tax will receive a refund for past payments.

While the bill has many supporters, they may have a fight on their hands. According to the Congressional Research Service: "One issue with respect to the medical device tax, and considerations of its repeal, is how the revenue loss might be offset, given current concerns about the deficit. The tax is relatively small, but for political reasons, it may be difficult to find an alternative revenue source."

Whether the tax stays or goes, current trends in outsourcing are likely to remain in place. The medical device market is hugely dynamic and there are many variables at stake, with the excise tax forming just one piece in a large and complex puzzle. For the time being, the industry itself, and the contract manufacturing sector, are expected to continue their present rate of growth.

Still, this is to talk in generalities. Irrespective of broader macroeconomic trends, individual manufacturers are likely to have a vested interest in the future of the excise tax. Whether they’re a contractor attracting new business, or an OEM struggling with cuts, the industry will be keeping a very close eye on what happens to that 2.3%.