A new dimension: How 4D printing could disrupt the medical devices industry

An object created using 4D printing technology is a 3D printed item that is going to change according to a stimulus, via the interaction of biomolecules 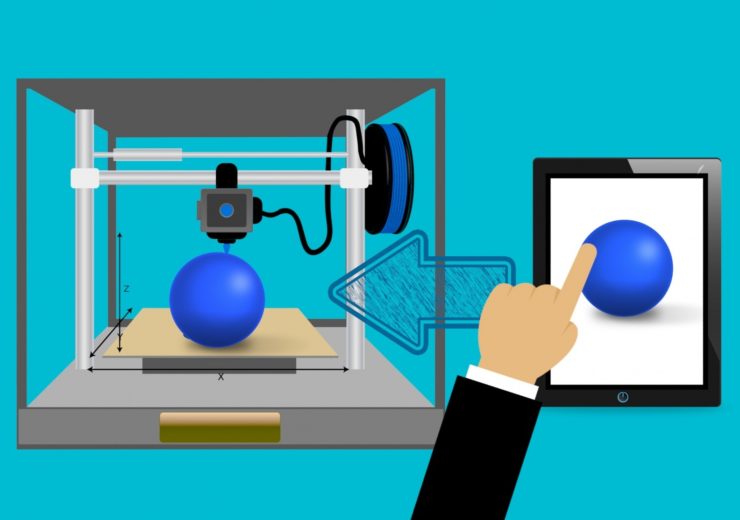 Although 3D printing is still a fairly recent phenomenon, leading tech innovators have already set about working on its successor

While the world continues to come to terms with the potential of 3D printing, engineers have been working on introducing a whole new dimension to additive manufacturing processes. Medical Device Developments reporter Tim Gunn talks to Dr Andrew Weems of the University of Birmingham, Professor Lorenzo Moroni of Maastricht University, and Dr Christophe Marquette of Lyon’s 3D Fabric of Advanced Biology laboratory about what 4D printing technology can do to disrupt the medical device market.

People care a lot about change. It’s the everything and nothing that we make and are made by. It orients our lives, our innermost thoughts and our politics.

Change is struggled for, sold against, theorised, disproved, weaponised, dreamed of and feared. Now it can be printed, too.

In one sense, printing has always been an exemplary form of change – whether it’s 2D or 3D, what goes into a printer comes out different.

But, as the name might suggest, four-dimensional (4D) printing adds something extra.

From reclining chairs without mechanical parts to advanced implantable devices that only deform to carry out their functions when they reach the relevant area of the body, it creates objects that are able to alter themselves over time, and it allows us to bestow upon them the existential burden of becoming what they are.

Like many philosophical categories, what exactly 4D printing encompasses is up for debate.

Not that he would personally make such a claim, preferring to reserve the appellation for objects that go through more controlled changes.

Weems is currently applying his expertise in advanced materials as part of a team halfway through an EU-funded project to produce a 4D stent.

He says: “We can print shape-memory materials in one configuration and then deform them into some temporary shape.

“Then they will return to their original shape once we apply a stimulus.”

Unlike traditional stents, which are compressed over a balloon catheter and mechanically opened inside blood vessels, the team’s 4D stent polymers are tuned around body temperature, which means they can be printed in their open configuration and compressed for insertion before reopening in the artery.

4D printing technology: How does it work?

He says: “A 4D-printed object is something that you 3D print and that is going to change according to a stimulus, whatever the stimulus is.

“Specifically, what we are doing here [at 3D FAB] is printing 3D objects that incorporate biomolecules that change when they encounter other biomolecules.”

The 3D FAB group’s most recent paper introduces a method for 4D-printed hydrogels loaded with multiple active enzymes to reproduce biological functions in a complex shape.

By co-immobilising thrombin and alkaline phosphatase in a hydrogel ink precisely engineered to release the former and retain the latter, they caused fibrin deposition, which creates a biofilm to entrap living endothelial cells, and controlled calcification of different parts of a biomimetic construct of vascularised bone.

In an earlier paper, titled ‘3D–4D Printed Objects: New Bioactive Material Opportunities’, the team printed a “fanciful ball” that combined the same calcification capability with a biosensor that emitted light in the presence of glucose.

There may not be a specific use for such a tool, but it does show the range of potential applications for the group’s work.

Dr Marquette says: “Usually [the descriptor 4D is] based on the morphology of what’s printed.

“Different parts change shape when they encounter moisture or heat. But in our case the trick is that we are printing with different compositions.

“If you want to have one part that emits light and another that doesn’t, then you have to mix different inks with different biological components together.”

This is possible because of the team’s use of polyethylene glycol diacrylate (PEG-DA) hydrogel inks, which provide a moisturised environment suitable for immobilising active biomolecules, catalysts and antibodies.

To quote the fanciful ball paper, it points towards a “new field of research in tissue engineering and particularly bone reconstruction, in which cells and programmed calcification might be printed together to enable the in vitro reconstruction of cellularised bone defects.”

Though he wouldn’t dispute the value of the research, Professor Lorenzo Moroni of Maastricht University is critical of the ‘overhype philosophy’ and lack of precision in the use of the term ‘4D’, preferring to classify much of the work in the field as the 3D printing of stimuli-responsive materials.

He says: “Technically, I think that one should only talk about 4D printing when the change happens as the 3D-printed object is being produced.”

Prof Moroni gives the example of his work on bioprinting tissue constructs.

He adds: “Calling this 4D bioprinting simply because, in time, the cells that you print in a hydrogel carrier change the composition of the matter surrounding them by digesting the hydrogel and producing their own proteins seems to me a stretch.

“This is bioprinting, which is 3D and where, if you make the construct well, the cells should do what they normally do – make proteins.”

Then again, engineers don’t work in this field for the semantics.

As Marquette explains, for the 3D FAB laboratory “the driving force was thinking, ‘can we make sensing layers for in vitro diagnostics through 3D printing and not moulding or grafting?’”

He adds: “We wanted to see if we could get new features or new activities or new functions from a polymer with enzymes inside when this polymer has a certain shape.”

The ease of 3D printing different molecule combinations in different shapes lets the 3D FAB team exercise their creativity in modelling and testing their own complex enzyme systems.

He says: “We are printing puzzles, or Lego, and each piece is entrapping a different enzyme.

“We can put one enzyme close to another, but not close to a third, constructing and changing the order of these pieces to see if we get any new features or new functions from the system. That’s one more dimension.”

Progress in the wider field of medical devices

Weems’ team isn’t the only one working on 3D printing shape-memory polymers to improve the quality of stents.

They might be some way from a consensus on what exactly 4D means, but researchers and engineers all over the planet believe it will prove important for patients who need implants to support arteries and airways.

Under a US Food and Drug Administration (FDA) emergency use exemption, the technology has already saved the lives of infants suffering from severe tracheobronchomalacia, a condition that causes the airways to collapse.

Researchers from the University of Michigan used CT scans to develop 3D-printed splints for three children, including one who couldn’t have food in its stomach without having a heart attack and another whose windpipe had the floppy consistency of a “wet noodle”, according to his mother.

In follow-ups over the next three years, all patients showed significant improvements in their symptoms as a result of receiving the experimental treatment.

This time frame is particularly important for children with tracheobronchomalacia.

Though newborns suffering from the disease have an average life expectancy of days to weeks, the airways of those that make it to three usually grow strong enough to overcome the disorder.

Polycaprolactone is used because it takes around three years to functionally degrade.

Similarly, Professors Yu-Gong Lee and Taeyoung Kim at the Gwangju Institute of Science and Technology, South Korea, have used shape-memory technology to model a unique bifurcated stent for use in branching blood vessels.

What’s more, they have a whole different vocabulary with which to explain it.

Whereas the fourth dimension is a concept most familiar to mathematicians and physicists, kirigami is origami with scissors.

Practitioners precisely cut and fold a single piece of paper to create a three-dimensional form.

Lee and Kim’s stents combine shape-memory polymers with kirigami structures to enable a bifurcated tube to pass through a tight cylindrical pathway before unfolding in response to a temperature stimulus.

This particular approach needs further study before it can be trialled in a patient, but active origami has been proposed as a solution for everything from microsurgery robots to heart catheters.

The potential of 4D printing – and obstacles facing the technology

Whether discussed under the rubric of space-time, origami, or stimuli-responsiveness, these devices have immense potential for decreasing the invasiveness of medical procedures and treatments.

Children who once relied on paralytics to stay alive have been freed to inhabit their own bodies without fear of sudden suffocation, and it didn’t require clinicians relearning how to use and apply external airway splints.

“And the other really positive aspect of these materials is that they take on the geometry of the native vessel.

“If there was some catastrophic failure in a stent, if something had broken during processing, which does happen, it will still take on its original shape when it opens.

“Compared with materials that just have an elastic response it can withstand a little bit more deformation and still return to its optimal, useful configuration without failing.”

That doesn’t mean there aren’t still issues to overcome.

The prototype for Lee and Kim’s bifurcated kirigami stent is too large for clinical use, for instance.

Similarly, Marquette’s work at the 3D FAB Lab has shown promise on “the centimetre scale”, but the intention is to make devices 100 or 1,000 times smaller.

He says: “The idea hiding behind all this is to inject some 3D-printed high-resolution sensors or active components into the bloodstream.”

However, the team first needs to work out whether its enzymes function in the same way and provide enough of a signal when contained in 5–10μm vessels.

For Weems, the challenge is more dissemination than containment.

He adds: “We can put technology in clinicians’ hands, and they can say, ‘Oh, that’s really cool, I might be able to use it,’ but they approach problems very differently to how we do.

“That’s great – they’re doing a very different job; but it’s ultimately about convincing them that what we have is worthwhile.”

At Birmingham, Weems is part of what he calls a ‘translational’ team that brings together chemists and clinicians working in very specific areas.

It’s taught him that, “any medical device manufacturer that’s going for a novel approach needs to find clinicians who are just as eager to try new therapies for their patients and find new ways to involve new techniques.”

We can print change, and maybe even hype, but understanding is harder to come by.

This article recently appeared in Vol. 1, 2019 edition of Medical Device Developments. The latest edition can be viewed online here.

Agilent Releases IVDR-Compliant Instruments, Kits, and Reagents for Use in the European Union