New research from scientists at the Medical Research Council (MRC) Toxicology Unit and University of Leicester has suggested that analyzing tumour-derived DNA levels in blood can improve early detection of lung cancer in patients. 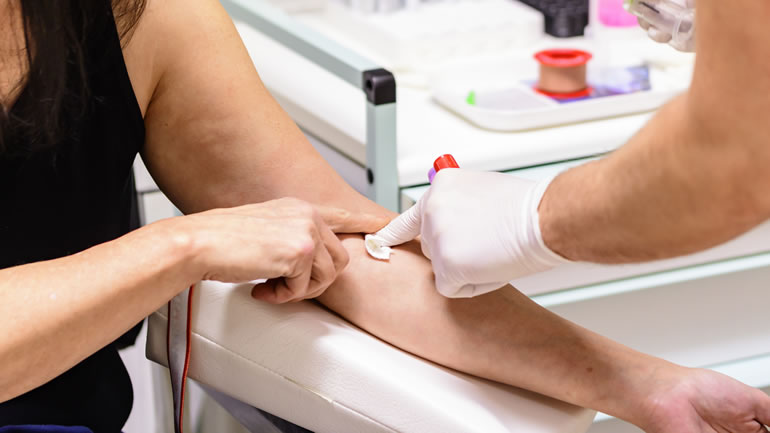 Image: Blood test could reveal the presence of lung cancer, before its onset. Photo: Courtesy of The University of Leicester.

The study found that, in preliminary tests using mice, a blood test could measure the circulating levels of DNA in the blood which cancer cells shed as they grow and multiply, and may even predict the presence of tumours in the lungs before they became cancerous.

Lung cancer has been categorized as the number one cause of cancer-related deaths around the world, partly because of the difficulty in its detection at an early stage. By the time the disease is diagnosed, it could have spread to other parts of the body, making it more difficult to treat. This is one of the main reasons why improved diagnosis at an early stage could be the key in fighting the disease.

The study used mice with a mutation in a gene called KRAS to model the pre-cancerous stages of lung cancer.

The team took regular computed tomography (CT) scans to monitor the development of small pre-cancerous lung tumours in the mice. To determine whether circulating DNA could be used to detect the tumours before they become malignant, blood samples were collected along with the CT scans at different intervals of time.

The team found that the mice in which cancerous lung tumours were developing, had higher levels of circulating DNA compared with healthy mice and the levels of DNA released by the cancerous tumours into the blood correlated with the size of the tumours seen on the CT scans.

Leicester Cancer Research Centre deputy director and the study’s co-author Catrin Pritchard said: “These findings are promising as they show that we may be able to detect premalignant lung cancer from a patient’s circulating DNA using a simple blood test.”

Translational Cancer Genetics professor and the University of Leicester, the Leicester Precision Medicine Institute director Jacqui Shaw said: “This was an investigational study in mice and more work is needed before it can be translated to humans. Future studies will need to be conducted using mice bearing pre-cancerous lesions in other tissues as well as studies using samples from humans bearing suspicious lung lesions.”