New research which was part-funded by the British Heart Foundation revealed that a one-off DNA test helps to spot people at high risk of a heart attack in adulthood much earlier in life. 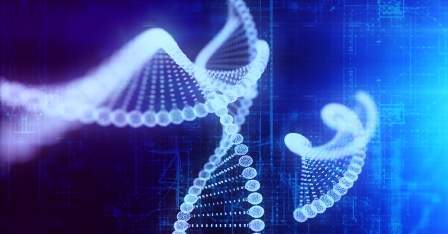 An international team headed by researchers from the University of Leicester, University of Cambridge and the Baker Heart and Diabetes Institute in Australia used data from UK Biobank to develop and test Genomic Risk Score (GRS) system.

GRS is an advanced scoring system, which will help in identifying people at risk of developing coronary heart disease prematurely due to their genetics.

It will help clinicians advise people at high risk to make significant lifestyle changes from an early age and provide lifesaving medicines on a case to case basis.

At present, doctors are identifying people at risk through scores based on lifestyle and clinical conditions associated with coronary heart disease such as cholesterol level, blood pressure, diabetes, and smoking.

The process may not be accurate due to age-dependent and misleads a large proportion of people.

The big-data GRS technique is said to consider 1.7 million genetic variants in a person’s DNA to calculate their underlying genetic risk for coronary heart disease.

The research team has analyzed genomic data of about half a million people from the UK Biobank research project aged between 40 years and 60 years. They have detected more than 22,000 people with coronary heart disease.

The GRS can better predict someone’s risk of developing heart disease than each of the classic risk factors for coronary heart disease alone.

In addition, GRS can be measured at any age, including childhood, as the DNA does not change.

University of Leicester cardiology professor Sir Nilesh Samani said: “At the moment we assess people for their risk of coronary heart disease in their 40’s through NHS health checks.

“But we know this is imprecise and also that coronary heart disease starts much earlier, several decades before symptoms develop. Therefore if we are going to do true prevention, we need to identify those at increased risk much earlier.”