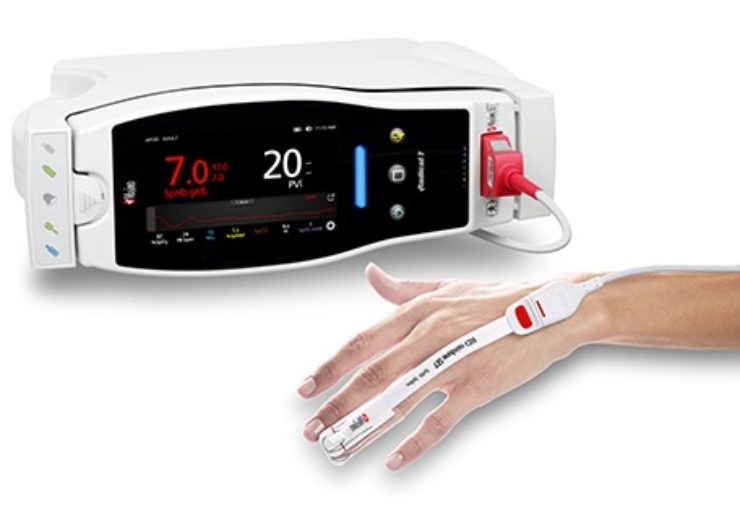 In addition, they investigated associations between a) this delay and cumulative perioperative time with anemia, monitored using SpHb, and b) patient outcomes (postoperative delirium and mortality or severe complications).

Dr. Christopher G. Clemmesen and colleagues at Copenhagen University Hospital in Denmark sought to investigate the impact of anemia during surgery on patient outcomes – and whether noninvasive hemoglobin monitoring using Masimo SpHb might provide an earlier indication of perioperative anemia, as well as more effectively track total time with perioperative anemia, than traditional, intermittent invasive blood sampling. Data from 41 patients, aged 65 or older, undergoing surgery to repair hip fractures, were analyzed. Blood samples were taken as per standard hospital protocol, with transfusions triggered by a hemoglobin (Hb) value below 10 g/dL, which was also used to define anemia. Throughout surgery, SpHb, as well as oxygen saturation (SpO2), perfusion index (Pi), and pulse rate (PR), were noninvasively monitored using Masimo Radical-7® Pulse CO-Oximeters and rainbow® sensors. The clinicians were blinded to data other than SpO2 to prevent them from using SpHb or Pi values to guide transfusion or other clinical decisions.

The researchers found a mean delay in the detection of anemia (defined as the time lag between an SpHb value of 10 g/dL or less and a similarly low Hb value obtained through blood sampling) of 1.07 hours (± 2.84 hours). They found a significant association between median cumulative perioperative time with low SpHb (defined as SpHb below 10 g/dL for at least one minute) and postoperative delirium: 162 minutes for patients with delirium vs. 22 minutes for patients without (p = 0.034).

The researchers concluded, “In conclusion, we found a delay in transfusion threshold detection on average, and for some patients, the delay was substantial despite the study being done in an optimized perioperative setting in a specialized ward. Continuous monitoring with SpHb during the perioperative period revealed that some patients had Hb levels below the prescribed transfusion threshold for a prolonged period. Furthermore, we found a significant association between the presence of low SpHb and postoperative outcomes, and between the cumulated time with low SpHb and postoperative outcomes. …   Whether or not increased monitoring translates into improved patient outcomes will require further studies.”

Study co-author Dr. Nicolai B. Foss commented, “There can be a significant delay in perioperative detection of anemia in hip fracture patients, and the time spent anemic, as measured continuously by SpHb, was associated with poor outcomes in our study. We need continuous monitoring in order to identify and act on anemia in a timely manner to improve patient outcomes. We believe that future transfusion studies should include improved perioperative monitoring of hemoglobin to help identify anemia.”

SpHb is not intended to replace laboratory blood testing. Clinical decisions regarding red blood cell transfusions should be based on the clinician’s judgment considering among other factors: patient condition and laboratory diagnostic tests using blood samples.