Researchers at the University of Cincinnati have designed a new test that can measure stress hormones in sweat, blood, urine or saliva using UV light 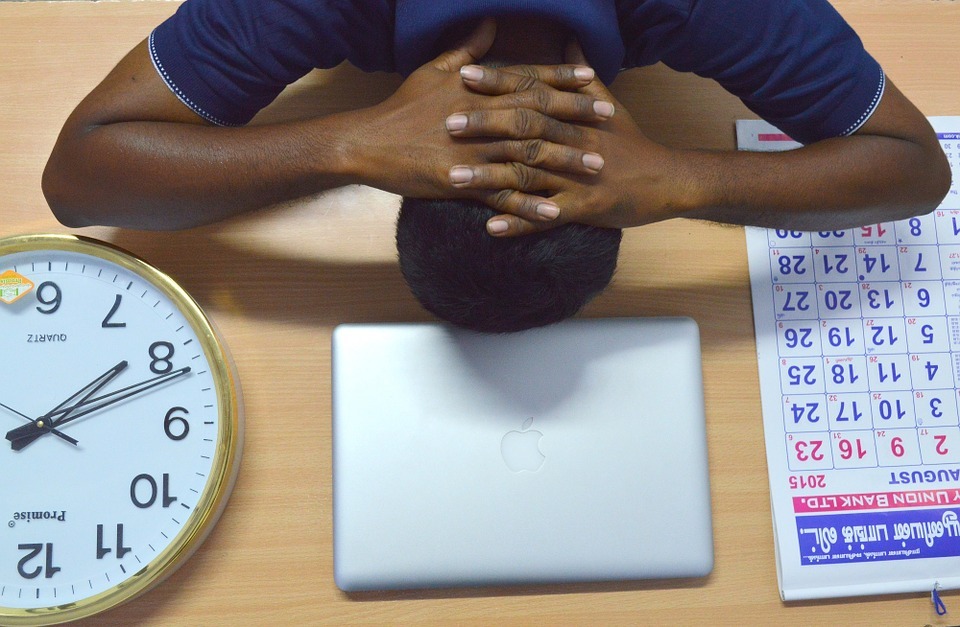 A new test that can measure common stress hormones using sweat, blood, urine or saliva has been developed by researchers at the University of Cincinnati.

By using ultraviolet light to measure cortisol – steroid hormones made in the adrenal glands, also known as stress hormones – in just a single drop of the chosen bodily fluid, the test can identify how stressed someone is feeling at that time.

Researchers have published a new study showing how the technology works and now hope to make it commercially available as a home-testing kit.

Andrew Steckl, a professor of electrical engineering at the University of Cincinnati who developed the test, said: “I wanted something that’s simple and easy to interpret.

“This may not give you all the information, but it tells you whether you need a professional who can take over.

“It measures not just one stress biomarker but multiple biomarkers. And it can be applied to different bodily fluids – that’s what’s unique.”

How the stress hormone test will work at home

The new test involves a device that is used at home to monitor health and diagnose stress levels by recording the optical absorbance of stress-related hormones, such as serotonin and dopamine, using ultraviolet light.

This is to determine the concentration of stress hormones and biomarkers contained by a sample.

The test is now be developed further with the hopes of commercialising it in the future as a kit to be used at home or in work, for example.

The development of the home-testing kit was inspired by Professor Steckl’s personal experience in helping his father with a health crisis, which guided his research and formed an opinion that a home test for various health concerns would be useful.

He said: “You’re not going to replace a full-panel laboratory blood test. That’s not the intent.

“But if you’re able to do the test at home because you’re not feeling well and want to know where you stand, this will tell whether your condition has changed a little or a lot.”

The project was, in part, funded by a grant from the National Science Foundation and the US Air Force Research Lab, as stress levels are a particular area of interest for the military.

“The ground controller would like to know when the pilot is reaching the end of his or her ability to control the mission properly, and pull them out before a catastrophic ending.”

The study, titled Label-Free Optical Detection of Multiple Biomarkers in Sweat, Plasma, Urine, and Saliva, has been published in the peer-reviewed journal ACS Sensors.

University of Cincinnati graduate Prajokta Ray, who worked on the study, said: “Stress has been a hot topic over the past couple years.

“Researchers have tried very hard to develop a test that is cheap, easy and effective and able to detect these hormones in low concentrations.

“So many physical ailments such as diabetes, high blood pressure and neurological or psychological disorders are attributed to stress the patient has gone through. That’s what interested me.

“This test has the potential to make a strong commercial device. It would be great to see the research go in that direction.”

What are the effects of built-up stress?

According to a survey conducted by YouGov, on behalf of UK charity the Mental Health Foundation, stress is usually a reaction to an excessive amount of pressure and demands placed on someone.

What contributes to stress can vary hugely from person to person, and differs according to social and economic circumstances, the environment a person lives in and genetic make-up.

Considered the largest known study of stress levels in the UK with a sample size of 4,619 respondents, the online poll revealed 74% of people have felt so stressed they have been overwhelmed or unable to cope in the past year.

Negative behavioural changes were reported, with 46% sharing they ate too much or ate unhealthily due to stress.

Harmful habits also increase as 29% reported having either started or increased drinking alcohol, and 16% saying they started smoking or increased the amount they smoke.