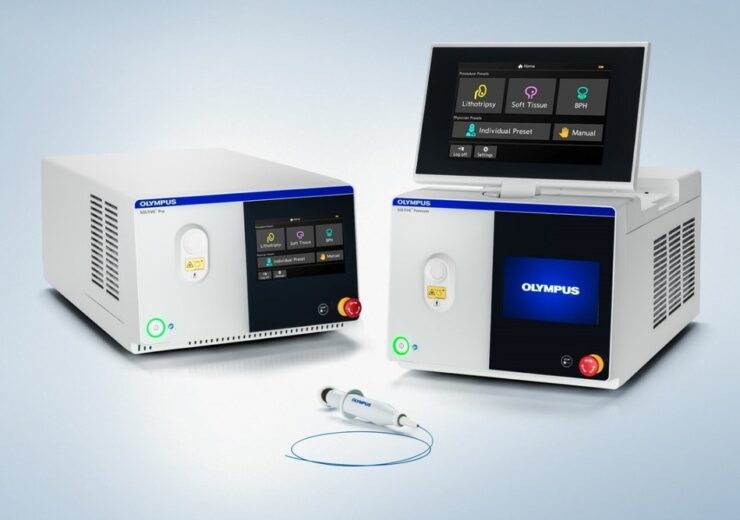 University of Kansas School of Medicine Urology professor Wilson Molina has performed the first case as part of the SOLTIVE Laser System trial.

Molina said: “As one of the first physicians to test this new technology, I am thrilled to have treated the first patient as part of this important study.

“The SOLTIVE Laser System is silent, portable, and user friendly, and it performs wonderfully. I can’t think about any clinical scenario for intracorporeal lithotripsy that can’t be managed with this system.”

SOLTIVE laser system study to enrol 450 patients in the US, Europe, and Canada

The Japanese optical products firm said that the post-market registry study is designed to enrol 450 patients at five centres in the US, three in Europe, and one in Canada.

The study will measure the number of patients who remain free of stones after three months treatment using its SOLTIVE laser system.

While the older technology offers stone-free rate between 65% and 92%, based on number of stones, stone size, location, and composition, its SOLTIVE Laser System offers higher stone-free rate, by breaking the stones into fine dust-like particles, said the company.

According to the study co-principal investigator Olivier Traxer, the thulium fiber laser would address the limitations of older lithotripsy laser systems including the Holmium YAG.

Traxer added: “We are looking forward to having the data to prove what we already understand to be true based on bench tests and early clinical cases.

“In my initial experience with the SOLTIVE Laser System, we are going almost twice as fast and using a third less total energy to obtain the same results in stone ablation compared to the Holmium YAG system. It’s clear to me that we are doing a better job with the thulium fibers.”

Medtronic rolls out Carpediem system for paediatric dialysis in US