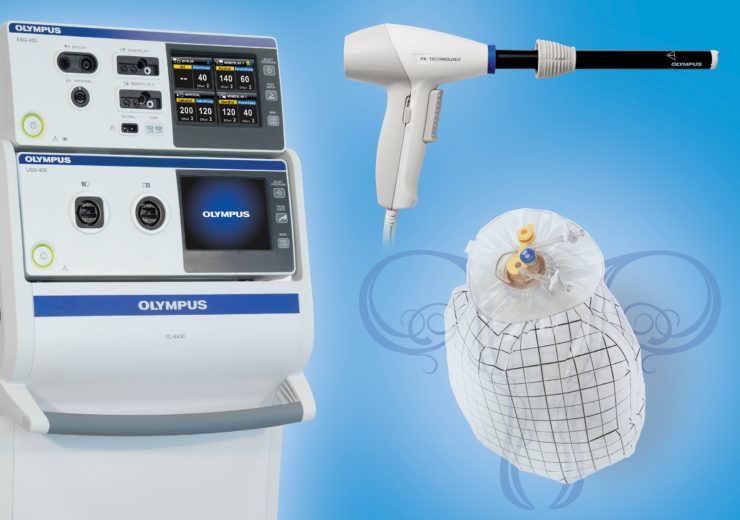 PneumoLiner, made by Advanced Surgical Concepts (ASC) and exclusively distributed by Olympus, remains the only containment device 510(k)-cleared for use during power morcellation. (Credit: Olympus Medical Systems Group.)

Olympus, a global technology leader in designing and delivering innovative solutions for medical procedures, among other core businesses, announced today that an updated guidance from the Food and Drug Administration (FDA) mandates that laparoscopic power morcellation in gynecological procedures be conducted with an approved containment device. When taken together with the updated labeling for 510(k) of the PneumoLiner, and an FDA safety update entitled “The FDA recommends performing contained morcellation in women when laparosopic morcellation is appropriate,” the agency is now offering a cohesive and succinct guidance for future use of laparoscopic power morcellation. PneumoLiner, made by Advanced Surgical Concepts (ASC) and exclusively distributed by Olympus, remains the only containment device 510(k)-cleared for use during power morcellation.

In its press release, the FDA states about the PneumoLiner: “While the device itself remains unchanged since its prior marketing authorization, today’s clearance updates the labeling for this device to better define the appropriate patient population for the safe and effective use of this device, including stating that the device should only be used in women who have fibroids if they are pre-menopausal and under 50 years old.”

The leading gynecological laparoscopy association, AAGL, immediately endorsed the FDA’s guidance, with the following statement from its President, Jubilee Brown, MD: “The specification of age-related risk is consistent with scientific data and reflects clinical experience allowing power morcellation in low- risk patients when performed with a containment system compatible with the laparoscopic power morcellator. Utility of a contained tissue extraction system in a low- risk population appears to mitigate the risk of poor outcomes that may be associated with uncontained power morcellation.” The AAGL encouraged its members to submit electronic comments to the FDA’s Federal Register.

These modifications clarify power morcellation usage guidelines along with containment in appropriately selected patients. Further, the FDA clarifies the appropriate patient population by eliminating the ambiguous term “peri-menopausal” from the contraindications, and adds an easier-to-follow age restriction.

Those interested in the Olympus Contained Tissue Extraction system or PneumoLiner should contact their Olympus sales representatives for more information or visit https://medical.olympusamerica.com/products/contained-tissue-extraction-system.