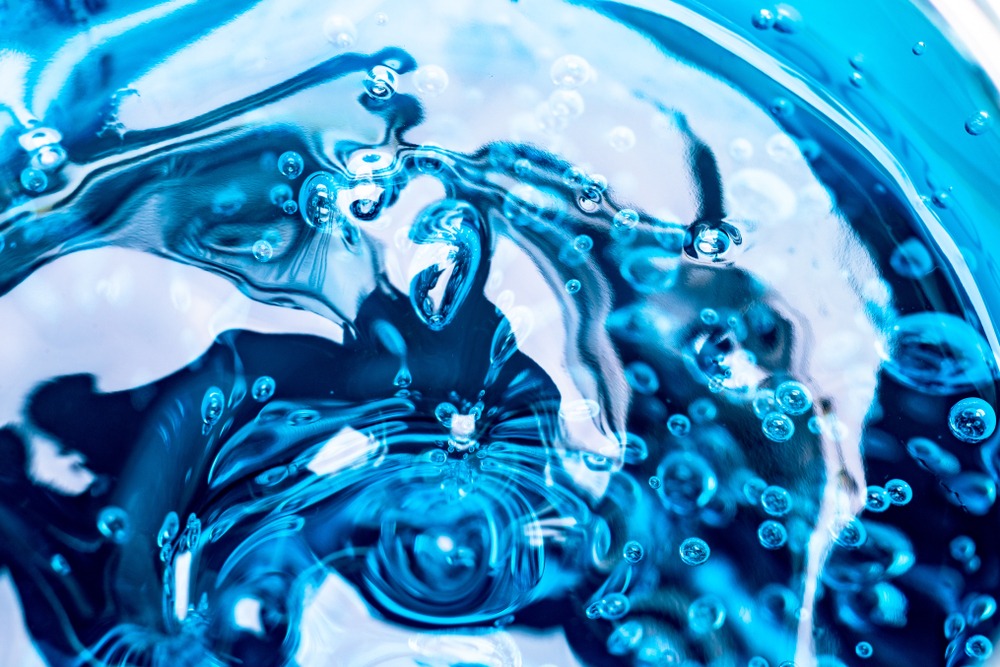 Hydrogels are used for a range of consumer, commercial and medical applications (Credit: Shutterstock/Gilmanshin)

Possibly the most common place to see hydrogels in action is in contact lenses, but although there are several other important medical applications for the materials, there’s a lot of room for improvement to expand their use.

The name hydrogel is shorthand for hydrophillic gel, and describes a polymer (plastic) made mostly from water, giving it the ability to stay wet, soft and permeable, making it a viable mimic of the extracellular matrix (ECM) that provides structural and biochemical support to cells surrounding it.

This enables it to used in the clinic for a range of treatments, including tissue engineering, wound dressings, and as vehicles for drug delivery.

But previous incarnations of hydrogels suffered from repeated mechanical stress and would easily become deformed, which is what led associate professor Koichi Mayumi from the Institute for Solid State Physics at the University of Tokyo to seek ways to improve them.

“The problem with existing hydrogels is that they can be mechanically weak and so need strengthening,” he said.

“However, previous methods to toughen them up only work a limited number of times, or sometimes just once.

“Those gels do not recover rapidly from stresses such as impacts well at all.”

Through research, Mayumi and his team discovered that a novel crystal capable of reversibly forming and deforming allows hydrogels to rapidly recover from mechanical stress.

“We looked at other materials which do show strong recoverability, such as natural rubber.

“Taking inspiration from these, we created a hydrogel that exhibits rubberlike toughness and recoverability whilst maintaining flexibility.”

An article discussing the findings was published in the journal Science.

What does this mean for the medical application of hydrogels?

Mayumi and his team’s finding opens up the use hydrogel-based biocompatible materials in the field of artificial joints and ligaments.

Many of us suffer the occasional sports injury or experience some kind of pain relating to joints and ligaments at some point in our lives, but for serious injuries of this nature, there is often little that can be done to repair the damage.

But according to Mayumi, a new development in the field of water-rich polymer materials known as self-reinforced hydrogels, which could find their way into the operating room in around 10 years or so, should be able to stand up to the same mechanical stresses our natural joint and ligament tissues experience.

Previous examples of toughened hydrogels use so-called sacrificial bonds, named so because they break when deformed.

This destruction dissipates mechanical energy, which provides the material strength, but the sacrificial bonds take time, sometimes minutes, to recover – and sometimes they don’t recover at all.

In contrast, Mayumi and his team introduced crystals which assemble into rigid shapes under strain, but very quickly revert back to a gel state when the strain is released.

In other words, the overall hydrogel is extremely flexible at rest, but firms up on impact, much like natural rubbers do.

The crystalline structures are composed of polyethylene glycol (PEG) chains bound by hydroxypropyl-α-cyclodextrin (HPαCD) rings in a water-based hydrogel.

“As hydrogels are over 50% water, they are considered highly biocompatible, essential for medical applications,” said Mayumi.

As with many next-generation materials with applications in clinical medicine, manufacturing can come at a high cost, and so Mayumi’s next ambition is to seek out a way to make the process more cost effective.

“If we can simplify the structures we use, then we can reduce the cost of materials, which will also help accelerate adoption of them by the medical industry,” he said.

Prenetics to go public in $1.25bn SPAC deal with Artisan